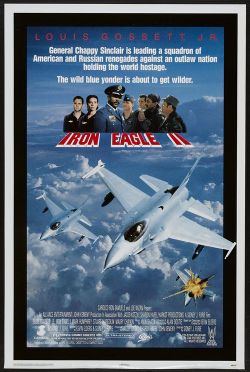 US and Russian airforce pilots must team up and settle their differences to destroy a nuclear compound in the Middle East that can mount attacks upon both of their states.

As with the first film Israeli Air Force F-16s play at being their USAF counterparts.
Same aircraft in other movies at IMPDb: Frequently Seen Aircraft. 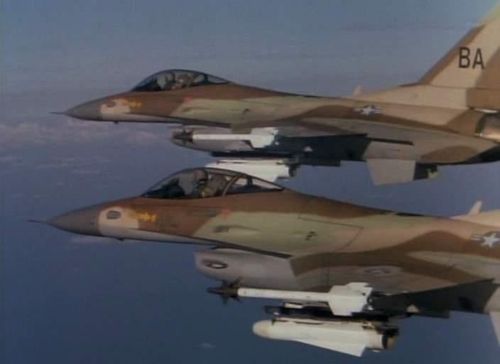 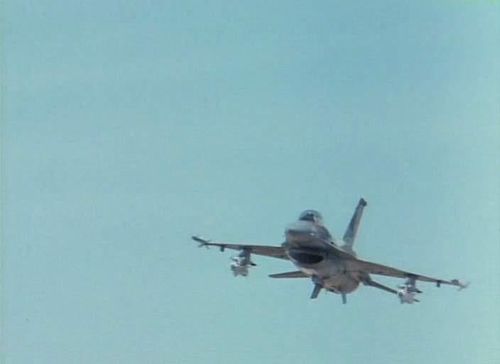 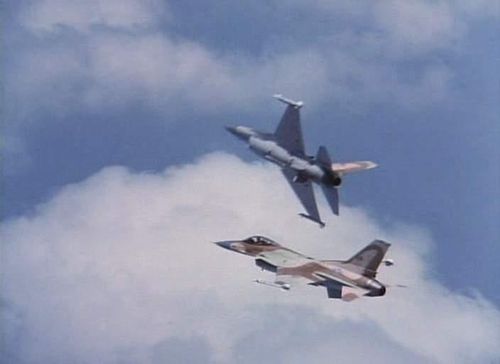 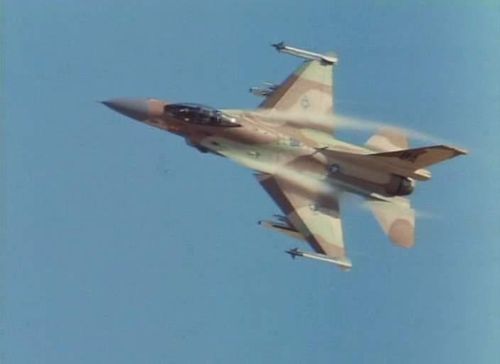 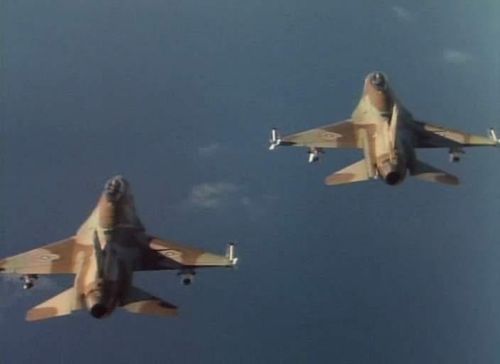 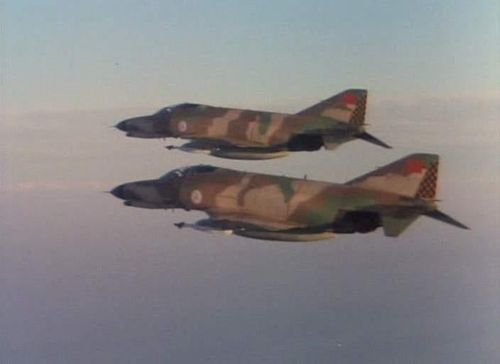 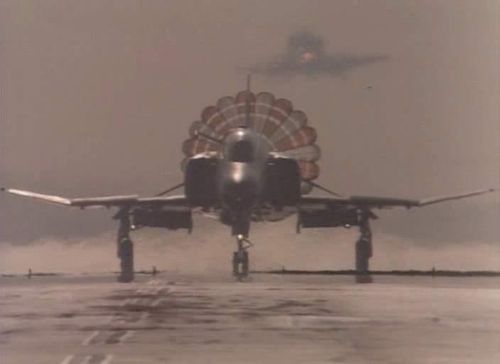 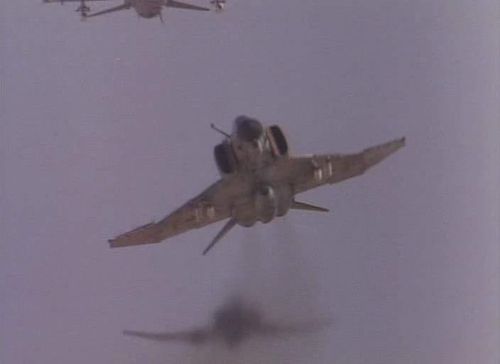 Again we have Israeli Air Force planes pretending to be other craft. This time they are playing aircraft belonging to the unnamed Middle Eastern state described as MiG 23s.
Same aircraft in other movies at IMPDb: Frequently Seen Aircraft. 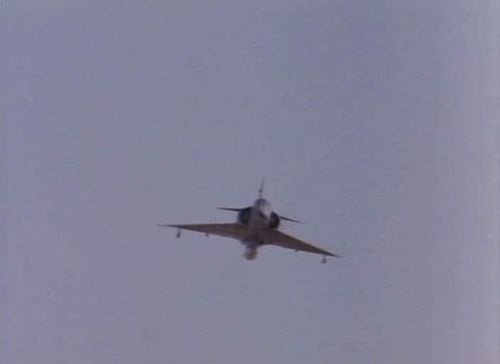 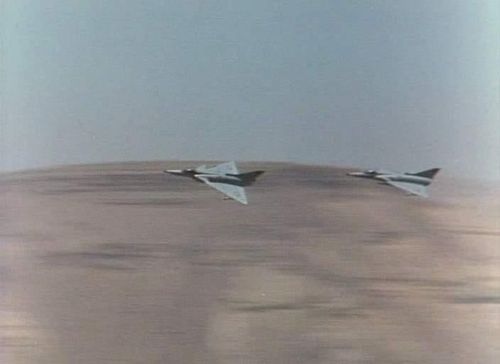 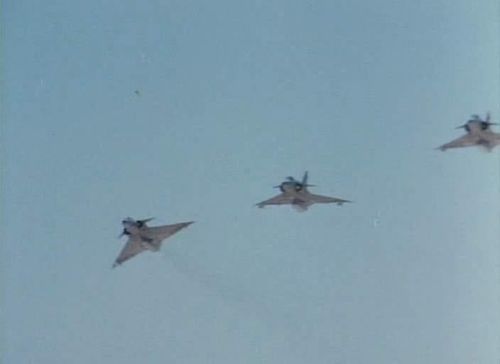 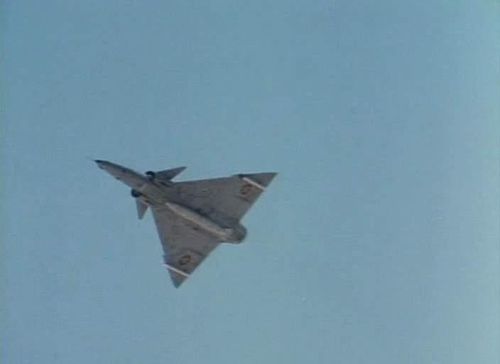 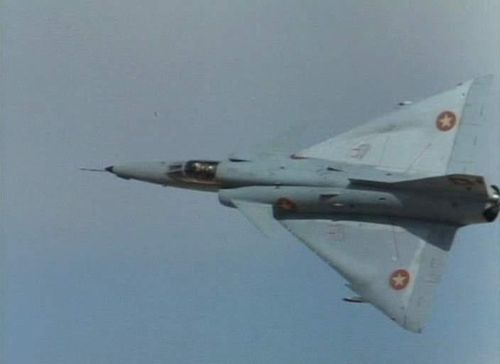 Used as a Soviet transport jet. In reality they would be unlikely to use a plane from the West. 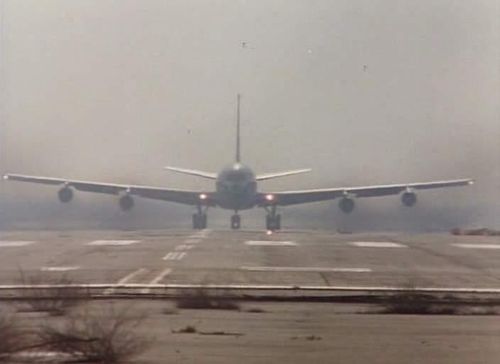 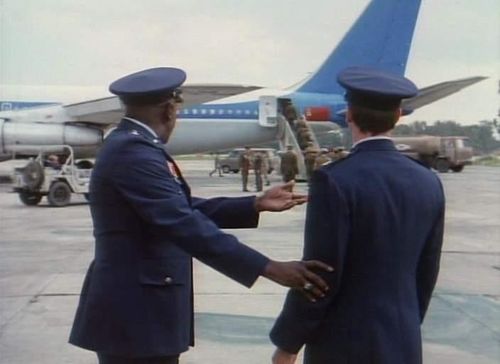 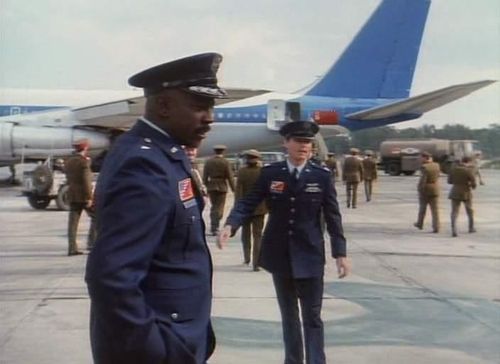 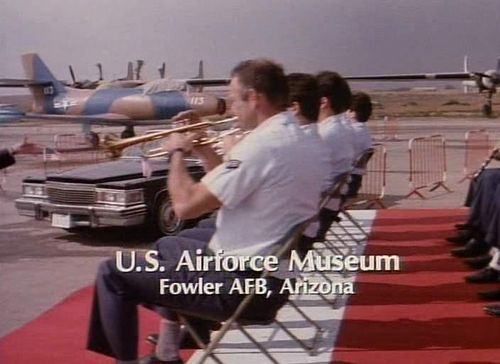 At far right, the wing and right engine of the french twin boom cargo of the fifities. 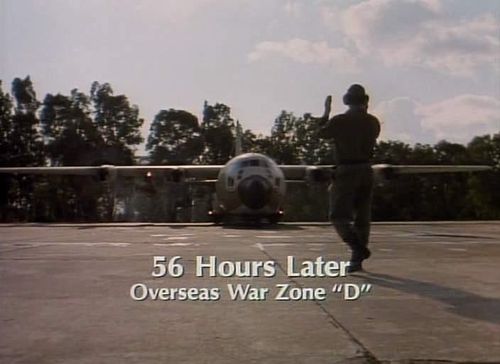 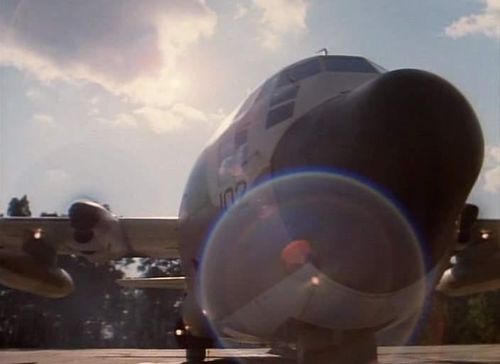 On the left. On the center, in the background, probably a Britten-Norman BN-2 Islander. 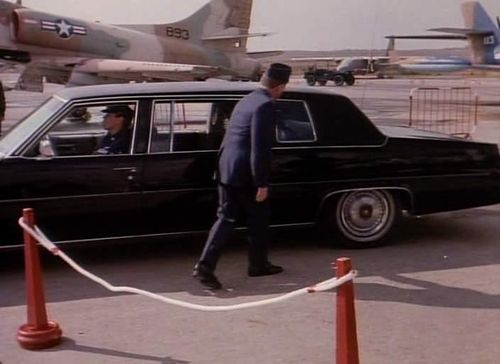