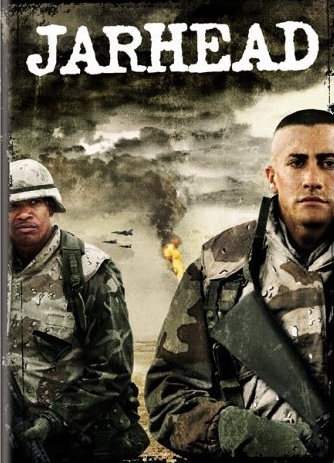 Anthony Swafford joins the United States Marine Corps because he doesn't know what else to do. He is soon enrolled in Scout Sniper School where he eventually becomes a shooter. Before long, the Marines find themselves in the middle of the desert fighting in a war that barely exists for them. The Marines have to learn how to cope with life in the desert when they're not actually fighting, and how to deal insanity of boredem. After many uneventful days in camp, the Marines are finally sent on a push only to find the enemy have been and gone. Swafford and Kruger finally get the break they've been hoping for when they're sent on a sniper mission, only to have their moment stolen from them at the last moment. By the time they get back they find the war is over, without them even firing their weapons.

Seen first in the war movie about Vietnam then throughout the movie around the base camp. 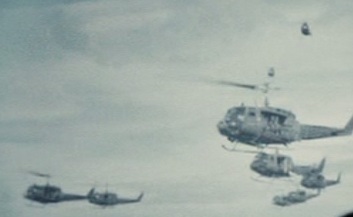 'Ride of the Valkyries'. 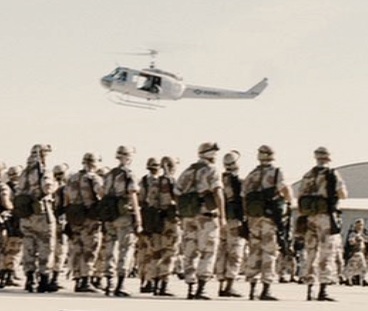 Protecting the air base.

Seen in the background behind Staff Sgt. Sykes (Foxx) when the Marines are deployed. TWA-Trans World Airlines livery. 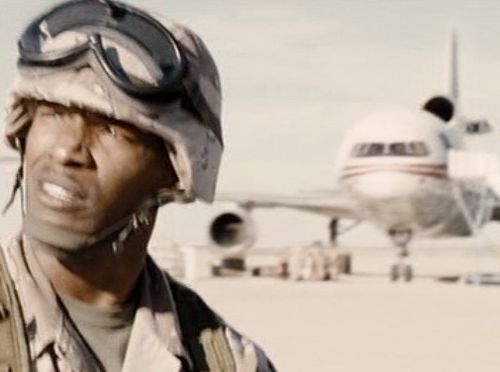 Used to transport the troops to the desert, most likely part of the Civil Reserve Air Fleet. Strange TWA-Trans World Airlines globe logo for a post 1976 livery. Is it CGI?

Seen in the background being unloaded. 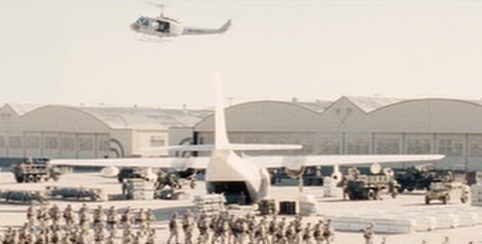 Possibly seen throughout the movie however only definitively when involved in the friendly fire attack.