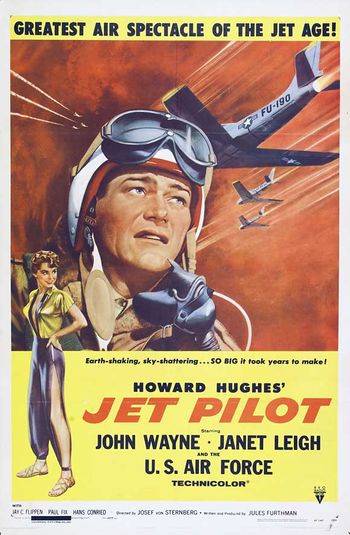 Air Force Colonel Shannon is assigned to escort defecting Soviet pilot Anna. He falls in love with her, but she is scheming to lure him back to the USSR. But Shannon has a scheme of his own. 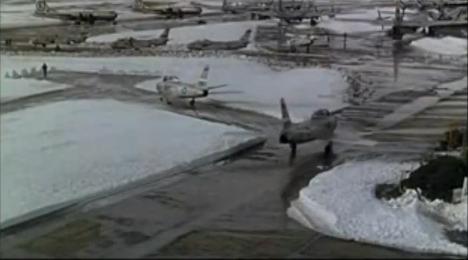 The mothership will be seen again in The Right Stuff - look at IMPDb: Frequently Seen Aircraft. 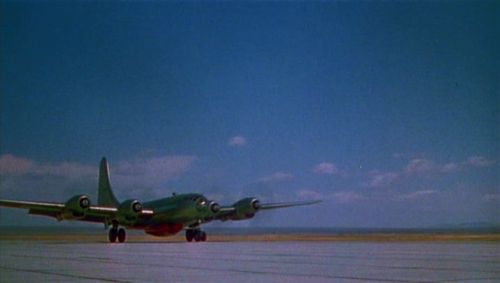 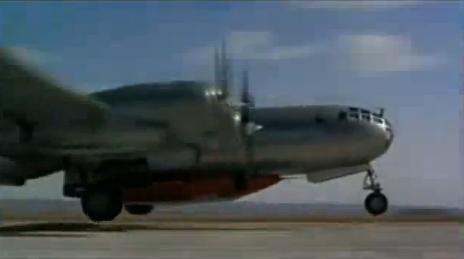 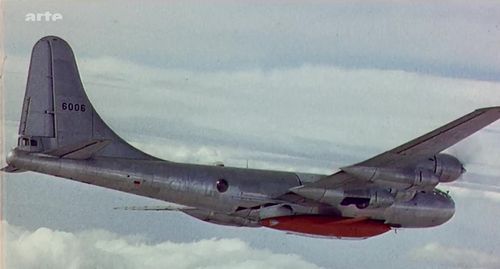 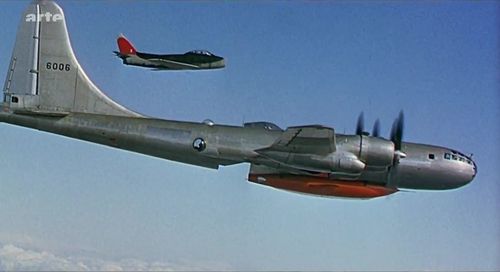 "Glamorous Glennis" made her last flight (with Chuck Yeager at the controls) for this movie on May 12th, 1950.
Same aircraft in other movies at IMPDb: Frequently Seen Aircraft. 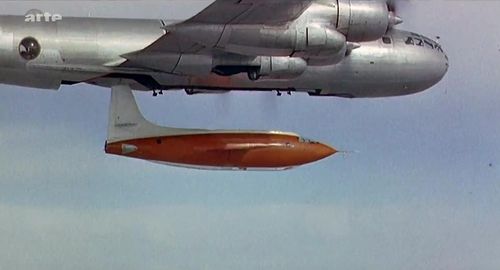 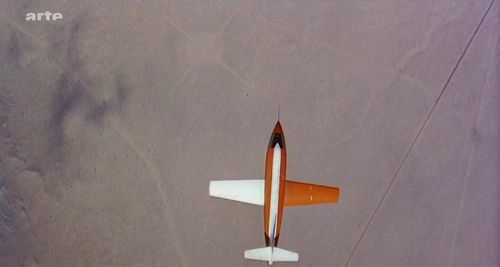 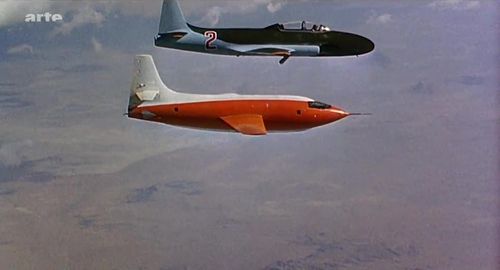 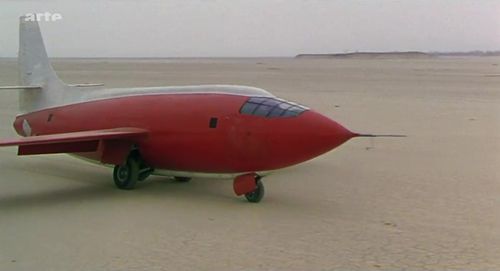 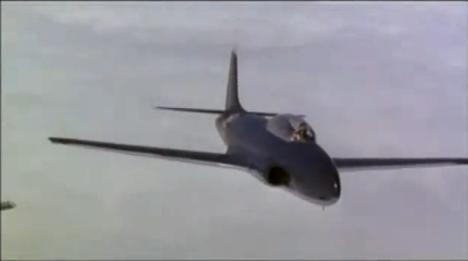 Later seen weathered with a 2 red on a different paint scheme. 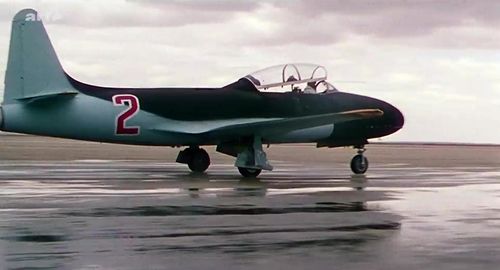 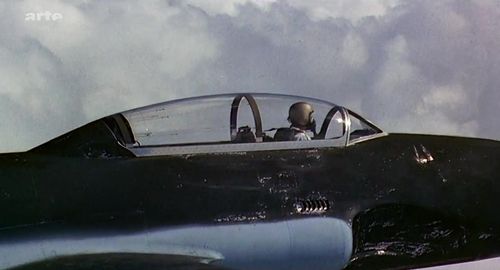 Note the two machine guns. Usually T-33s didn't have nose armament and P-80s did have a set of six. 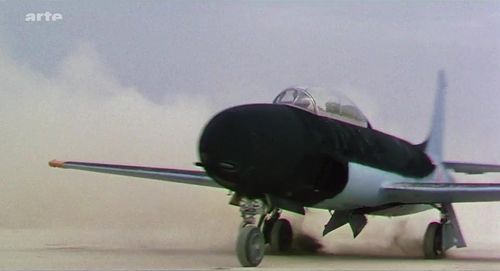 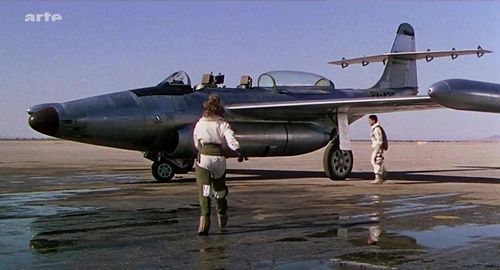 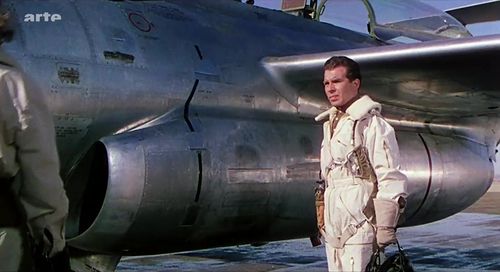 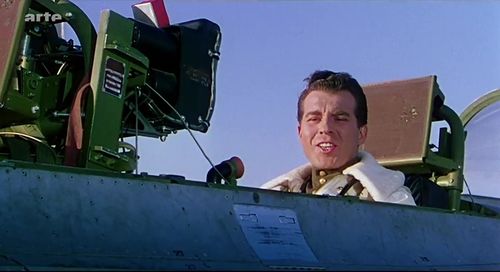 The prototype XF-89 can be seen by short sequences. 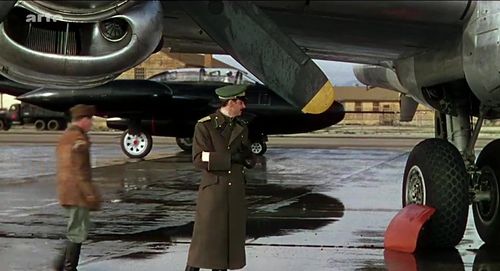 XF-89 is painted in full black for the movie. 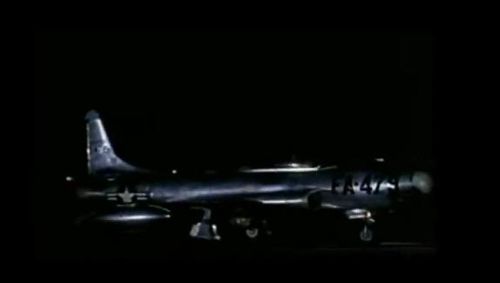 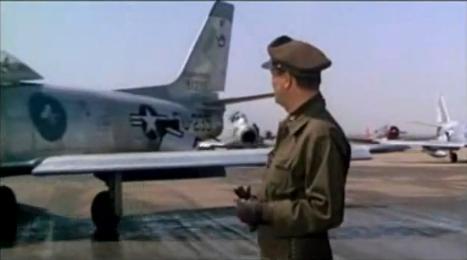 A T-6 is visible in the background. 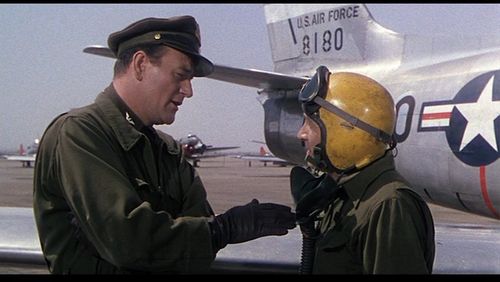 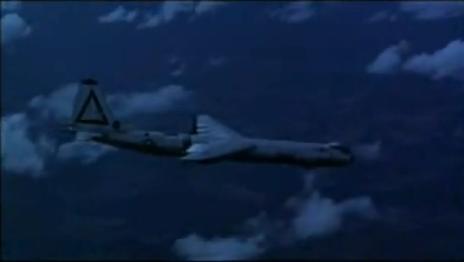 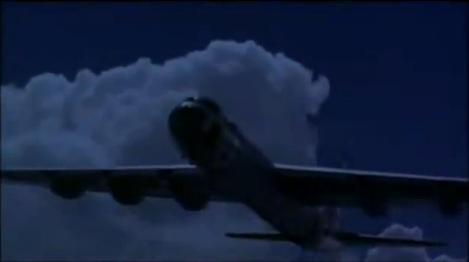 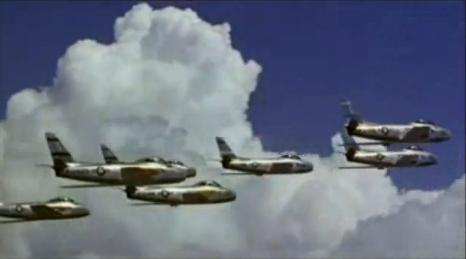 F-86 of 94th Fighter Interceptor Squadron "Hat in the Ring". 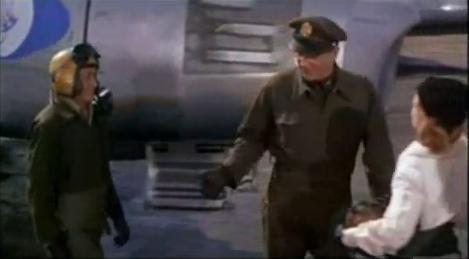 Note the gun muzzle hidden by a metal cover. 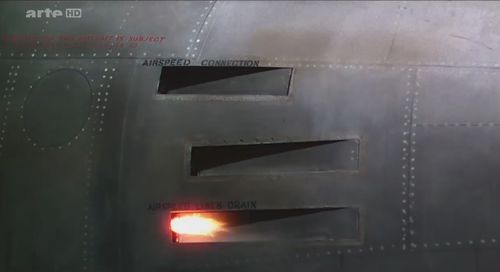 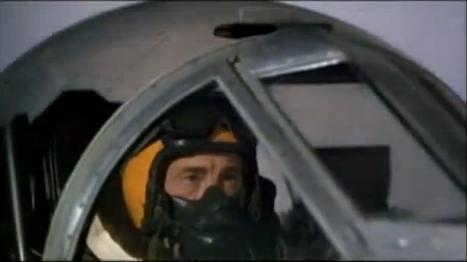 Acting too a (Soviet ?) fighter (no national markings but a red vertical stabilzator painted with some pale blue trying to modify the shape). 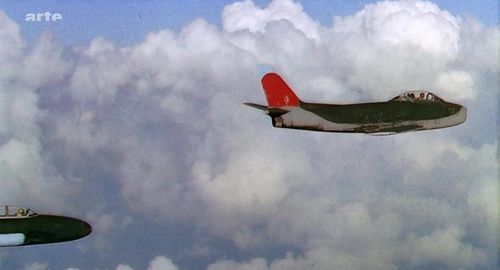