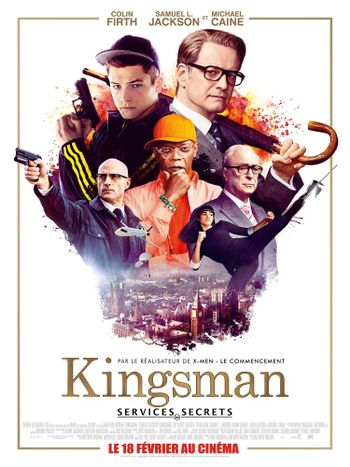 A spy organization recruits an unrefined, but promising street kid into the agency's ultra-competitive training program, just as a global threat emerges from a twisted tech genius.

From right to left: a Lockheed Constellation in front of a Lockheed C-130 Hercules, a Hawker Siddeley Nimrod, a Hawker Sea Fury T20, a Lynx helicopter, a unfinished zinc cromate fuselage, the Canadair Challenger CL600 (wings folded), Short Skyvan or 330.

AgustaWestland AW101 and another C-130 in the distance at right; Short 330, English Electric Lightning, Piasecki H-21 (never used in Britain !) at left.

Given to be the Swedish Air Force aircraft in which the Prime Minister is reaching Valentine's Convention.
The Swedish Air Force has no 737 in its inventory.
This 737 fitted with winglets and first generation engines is photoshoped (skin, number of windows).