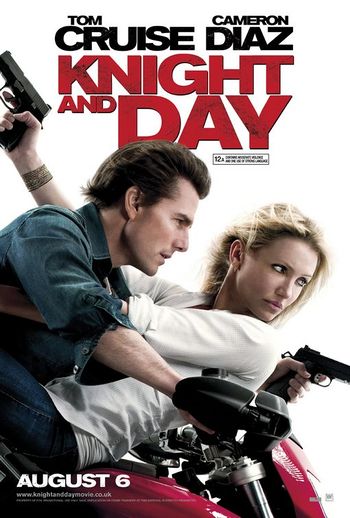 Theatrical poster for Knight and Day.

Roy Miller (Tom Cruise) is a spy on the run from both his own people and the criminals who desire a life-changing technology. Whilst trying to protect his asset, Miller involves Haven (Diaz) in the ensuing battle and must try to protect her, his asset, the technology and clear his own name.

Roy ends up crash landing this 727 after killing everone else on the plane, including the pilots.

News helicopter covering the downtown gunfight between Miller and the Government Agents after him.

Only glimpses of this cockpit are seen as Miller and Haven battle to evade the Government.

This fictional Unmanned Aerial Vehicle attempts to take out Miller and Haven after she unwittingly discloses their location.