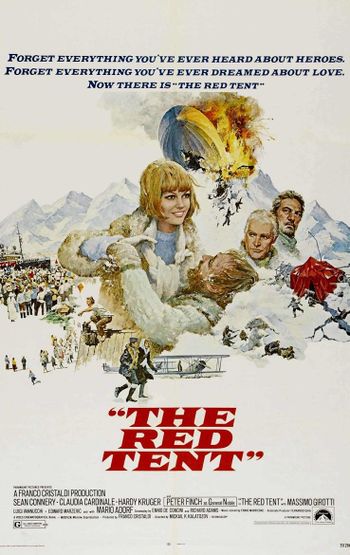 The 1928 polar expedition of Roald Amundsen aboard the Nobile semi-rigid airship "Italia" failed. From several countries, rescuers tried to save the lost crew members.

At Admunsen's appartment (in 1928), a frame with an Airship picture. Probably a memory of the 1926 North Pole expedition aboard the first Class N airship of Nobile, beaten of a few days by the american Col. R. E. Byrd and F. Bennet (who used a Fokker F-VIIa/3M).
Same aircraft seen in other movies - IMPDb: Frequently Seen Aircraft. 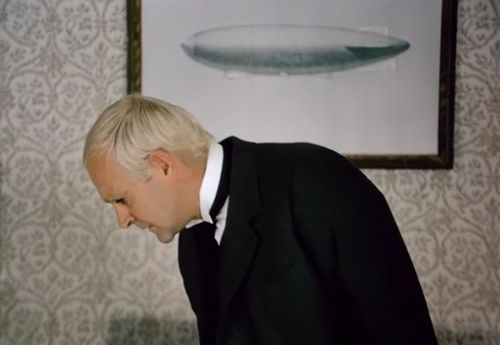 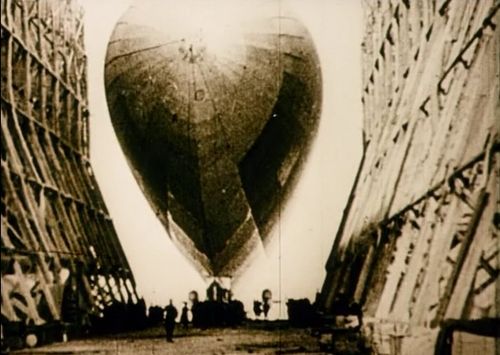 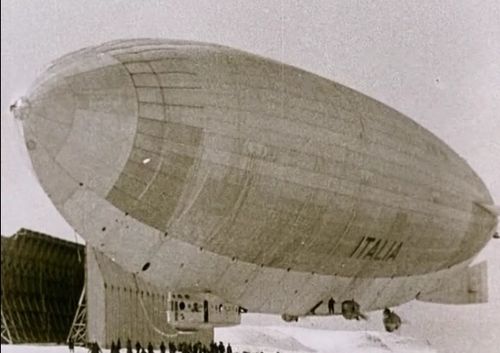 Then, a model for the full sight... 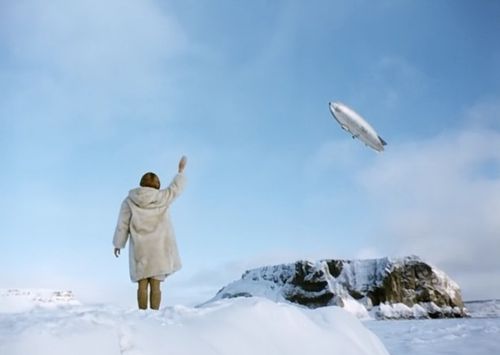 and a size 1:1 replica of the corridor 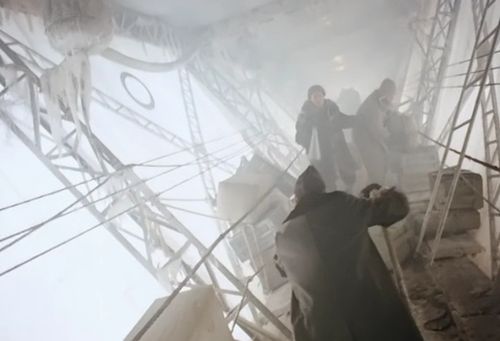 .. as like as for the gondola (here, once the crash has store it from the airship). 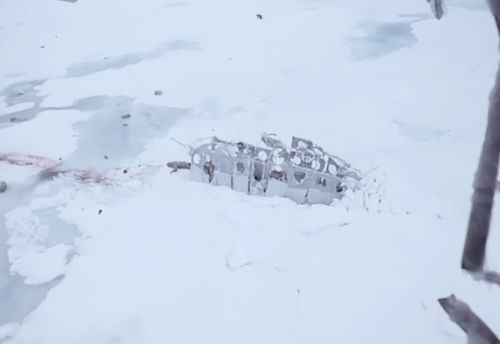 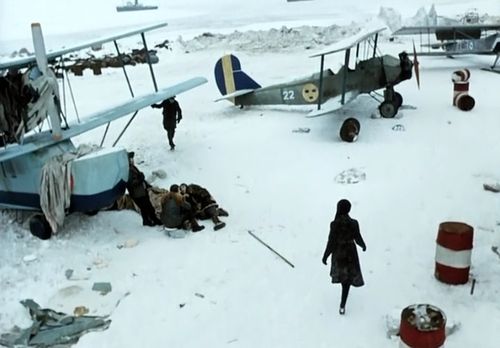 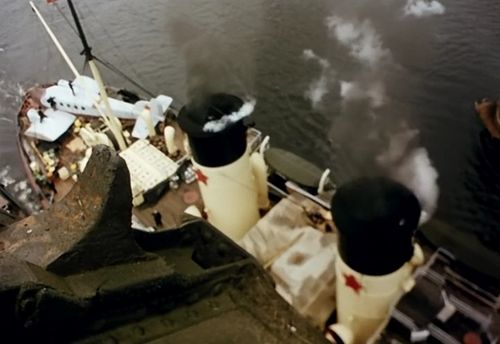 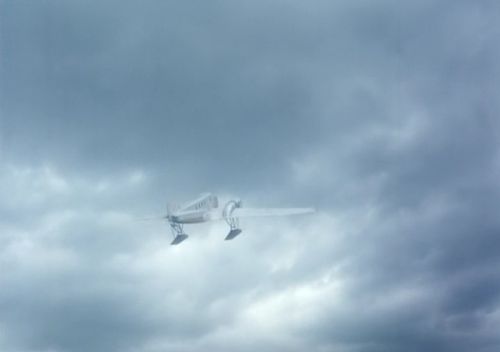 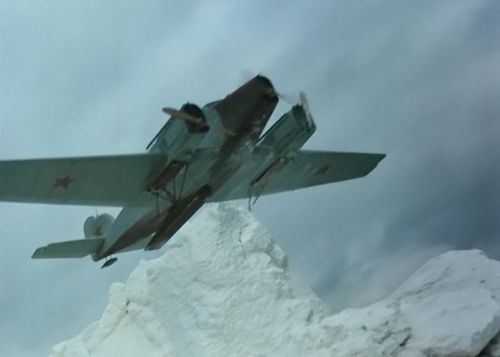 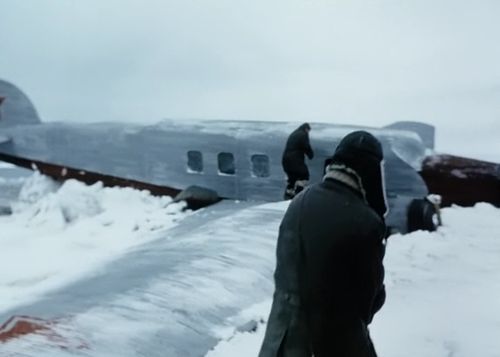 A yak 12 was highly modified by addition of a lower wing and removing windscreen of the cabin to open the cockpit and transforming it in a tandem aircraft to simulate a Fokker C-V. 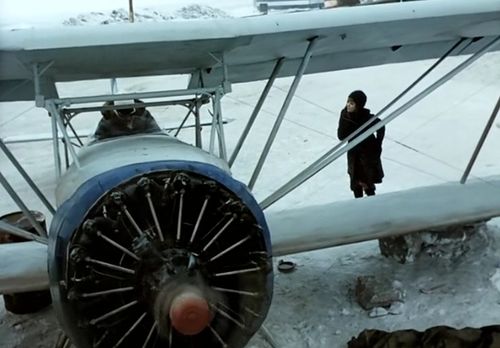 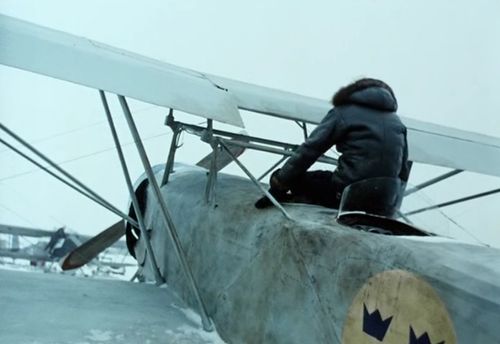 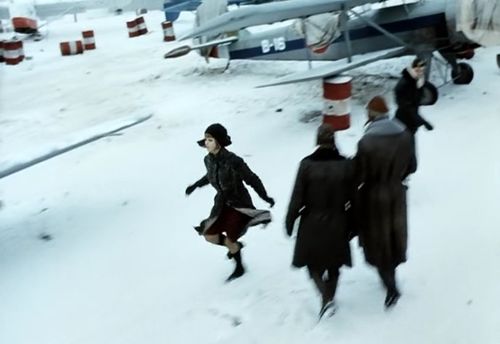 Another one was slightly modified (just addition of a bar betwwen the wheels and change of the cooling). 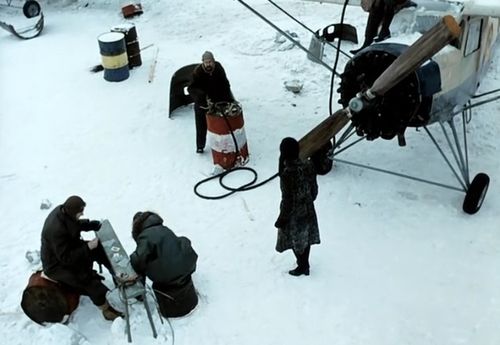 As the mock up built from a Yak 12 is unable to fly, it's an Antonov An 2 which landed near the survivors. 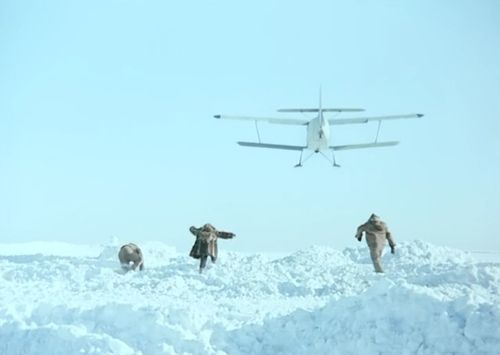 Another plane higly modified and which never flew after that. 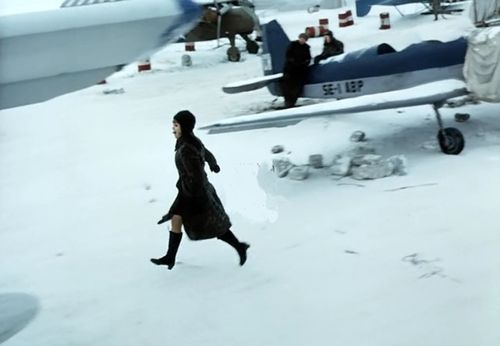 To symbolise the multi national rush from the journalists and aviators who came in Bergen during the rescue effort. Several aircraft converted without great precision to figure airplanes of the late twenties. 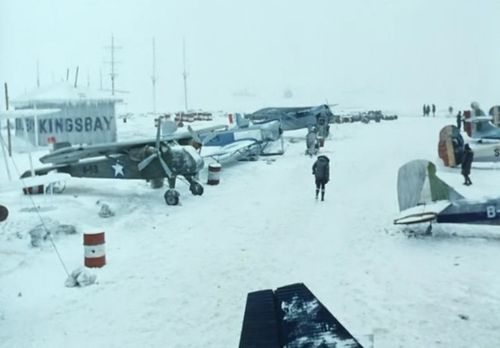 What seems to be a Latham 47 (the second prototype) on the left is another Yak 12 without its engine and the windshield remove in order to create an open cockpit. An upper wing has been added and the engine place between the two wings. On the real flying boat, the engine was a pusher, not a puller. Roald Amundsen disappeared with the three other crew members on this aircraft during a Search and Rescue flight which left Bergen (Norway) on the 18th June 1928.