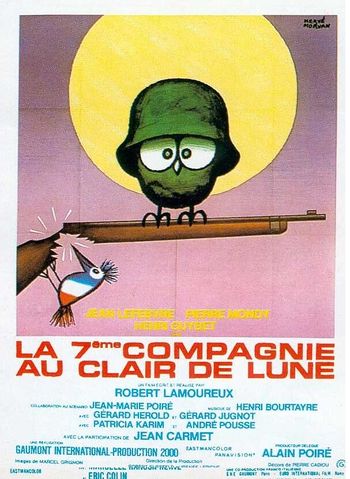 The Royal Air Force through the Air Transport Auxiliary (ATA) used several hundreds of this military variant of the inline Ranger powered Fairchild 24. Used for ferrying pilots delevering new aircraft to frontline units, it was not on duty to land in Occupied Europe during spy and underground mission support. Acting as a Westland Lysander.
Reg. F-AZCI but built for the RAF in 1943 with the code KK380. Sold to Breguet and registered F-BEXC after the World War 2.
Same aircraft in the French aviation TV Series on L'adieu aux as.
Same aircraft in other movies at IMPDb: Frequently Seen Aircraft. 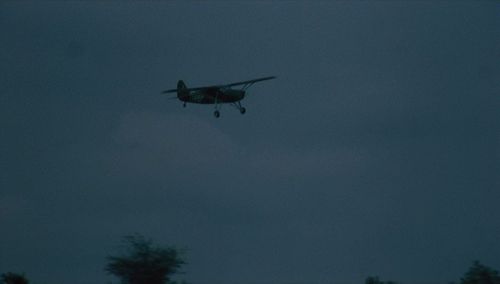 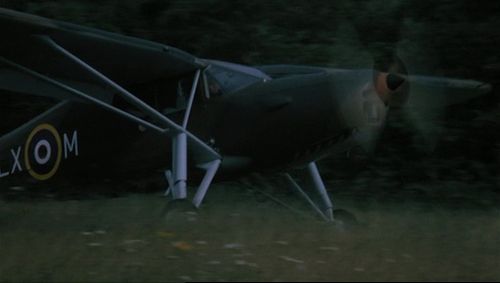 The crew is killed in a trap by German soldiers so the heroes push the aircraft into the lorry and both explode.
Is this action just a comic way to feed new thrills or a tribute to the Lysander fall in German hands in March 1942 and destroyed by a train which hurt the truck used to ferry it to a test center ? 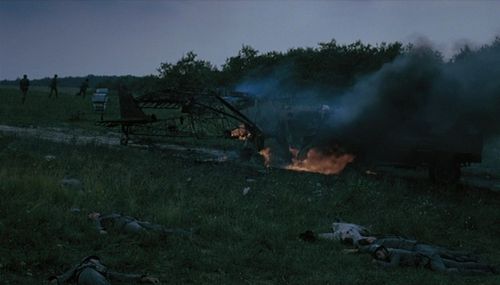