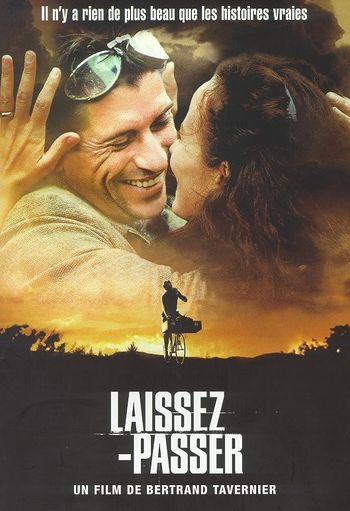 In occupied France, German-run Continental Films calls the shots in the movie business. Assistant director and Resistance activist Jean Devaivre works for Continental, where he can get "in between the wolf's teeth and avoid being chewed up". Fast-living screenwriter Jean Aurenche uses every possible argument to avoid working for the enemy. For both, wartime is a battle for survival.

Registration F-AZEJ, c/n BA-359. Usually this aircraft has the US roundel as it wears the colors of the General Patton's personal aircraft.
Same aircraft in other movies at IMPDb: Frequently Seen Aircraft (Civil Fixed-Wing).