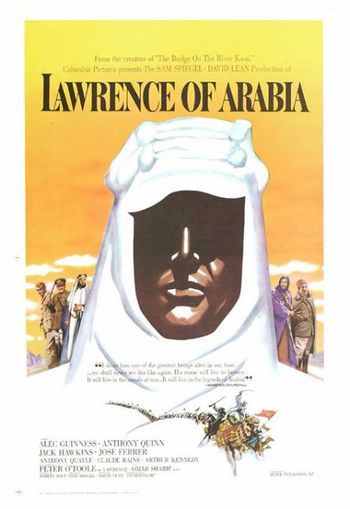 Lawrence, an British insolent officer with a great knowledge of arabs populations overruns his orders and built a successfull alliance between arab tribes. To the astonishment of the british headquater and the turkish army, he leds a guerilla war which ends by the conquest of Damascus.

A tiger Moth is used to act as a german built Rumpler C.IV reconnaissance plane used by Ottoman aviation.