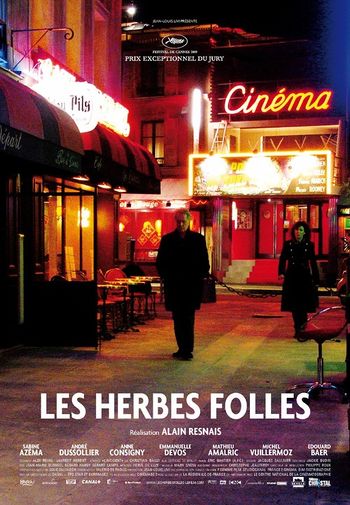 Reg. F-GCLX Cessna 172RG Cuttlass c/n 172RG0553.
Please note the ultralight of which just the rainbow Delta wing is visible behind the tail of the Cessna.

Reg. F-AZJS Supermarine Spitfire PR Mk XIX c/n 6S-585110.
In 2009, PS890 was powered by a Griffon 58A (former engine of an Avro Shackleton) with its contra-rotating propeller. Few months later, the Spitfire was modified with the same powerplant she has had in 1946 and a five-blade propeller and then was painted in CBI theater RAF paint scheme. This Spitfire was sold to Royal Thai Air Force in 1954 before being bought in 1962 by Ed Maloney.

Georges is dreaming.
A Spitfire (left) is in the 6 o'clock of a Bf 109 (we guess it through the white paper) : perhaps not from the Battle of Britain as the Messerschmitt's wingtips are yellow.

A war footage showing a Japanese fighter in distress, a highly recognizable and frequently used shot.
Same aircraft in other movies at IMPDb: Frequently Seen Aircraft.

Second in the row, dark blue, behind the other planes already seen (from left to right : Cessna, MS-502, MS-230, Spitfire and Stinson).

Footbridge inside the Musée de l'Air et de l'Espace (Aéroport de Paris-Le Bourget) ... but no aircraft of this museum is seen.