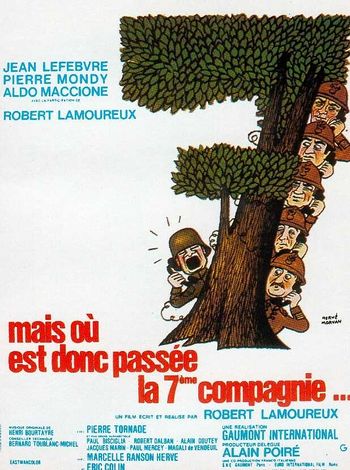 Several T-6s are used mainly to act as Luftwaffe aircraft.
First during the starting credits. 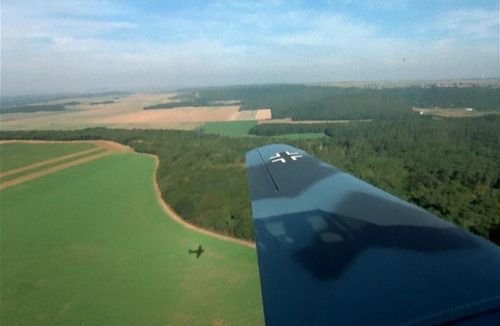 Next as an assault / straffing aircraft (maybe with a paint scheme used for another movie to act as a Focke-Wulfe Fw 190 ?). 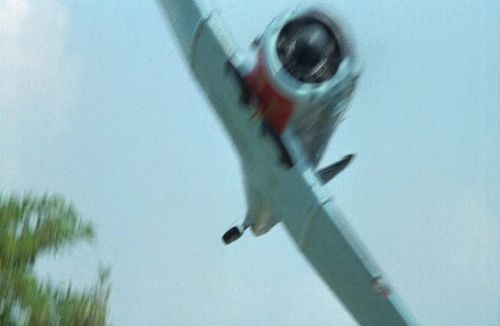 Then comes a dogfight with the type acting as well a Luftwaffe fighter ... 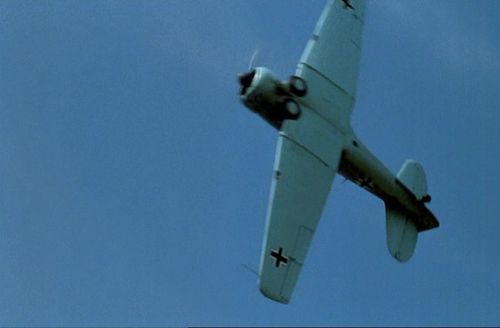 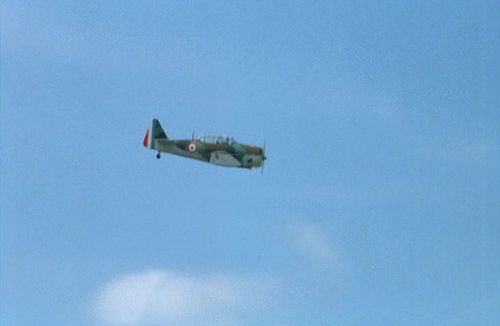 Please note behind the greenhouse that the radio mast on the above picture is now a black box ... and camouflage colors are inverted !
All the filming featuring aircraft is shot at Cerny Aérodrome de La Ferté-Alais (LFFQ) (France) which eased the crash scenes by its plateau (tableland) location. 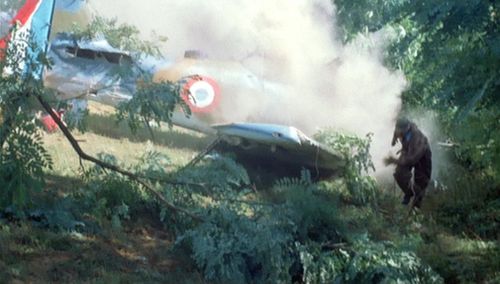 Its winner is this SIPA S.121 (F-WLKH and F-BLKH once on the civil registry (c/n 57)) and here acting as a Messerschmitt Bf 109. It had crashed on 15th October 1978 following a flat spin killing its two pilots and exploding. It was the very last aircraft of the line and only some parts could be found and split for exhibition between several museum in Europe.
Same aircraft in other movies at IMPDb: Frequently Seen Aircraft (Military Fixed-Wing). 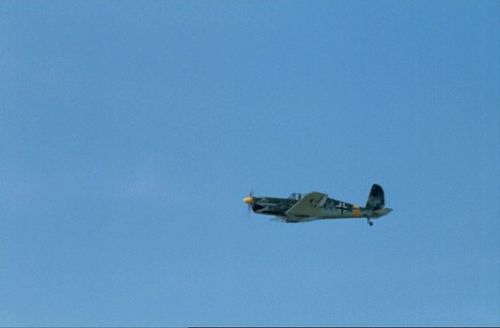 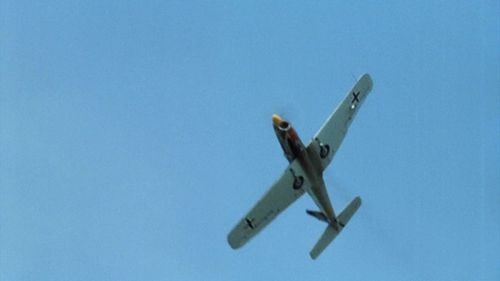 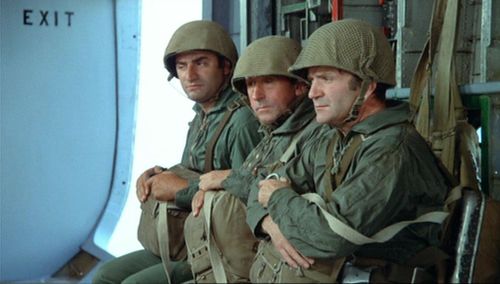 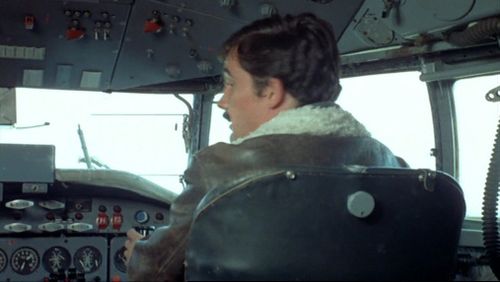