One Minute to Zero 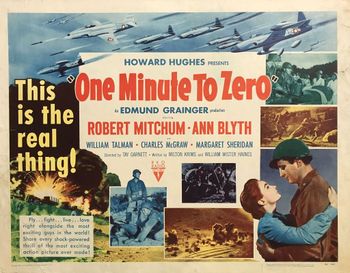 One Minute to Zero movie poster. 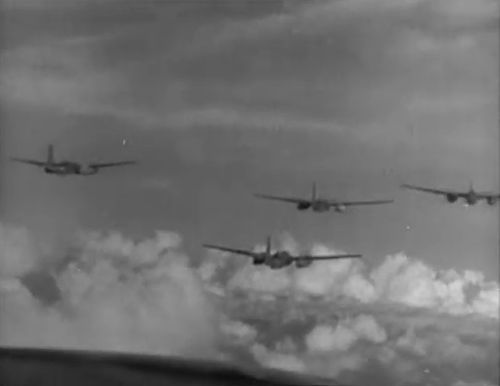 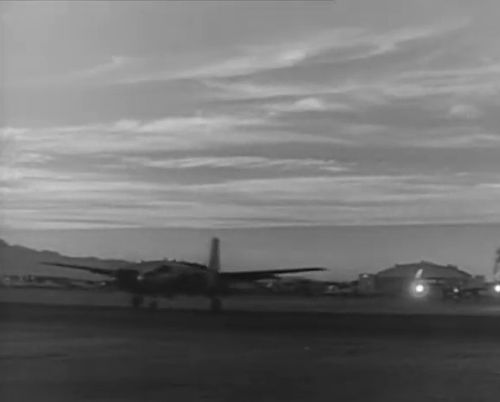 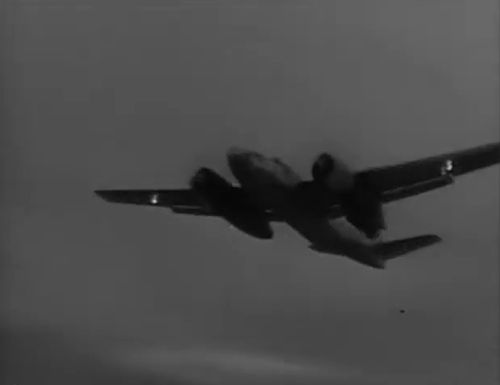 By two times, close-up on Grumman F6F Hellcat acting as cockpit of a North Korean fighter. Possible reuse of footage from Flat Top or Flying Leathernecks. 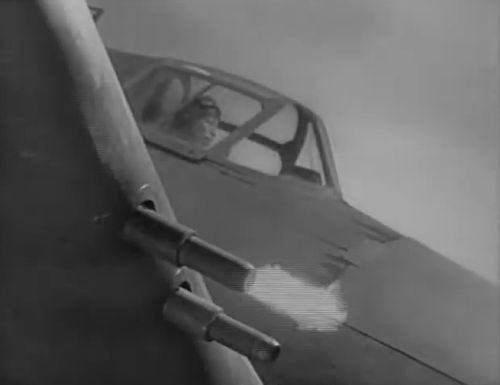 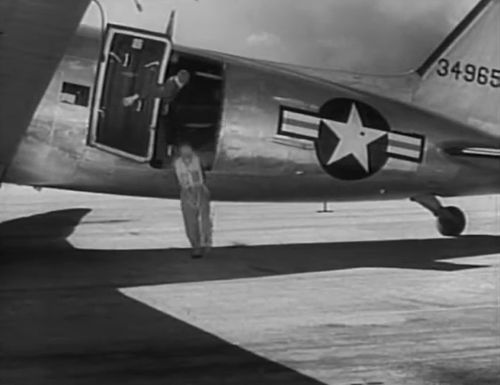 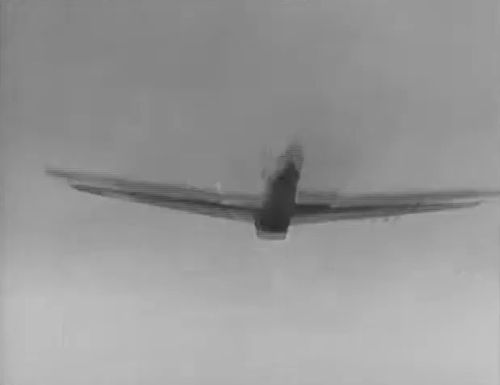 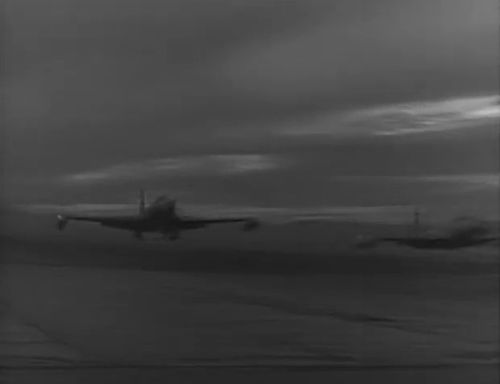 FT-508 a Lockheed F-80C-10-LO Shooting Star s/n 49-508 c/n 080-2256 built and delivered in 1949. Flown by USAF Acrojets (the first USAF jet-powered aerobatic demo team til 1950). Probably crashed into Atlantic Ocean south of Daytona Beach, Florida on 25 February 1955 (pilot of an accompanying aircraft reported that the plane went into a spin from about 30,000 feet and disappeared into an overcast. An extensive two-day search found no trace of the missing aircraft). 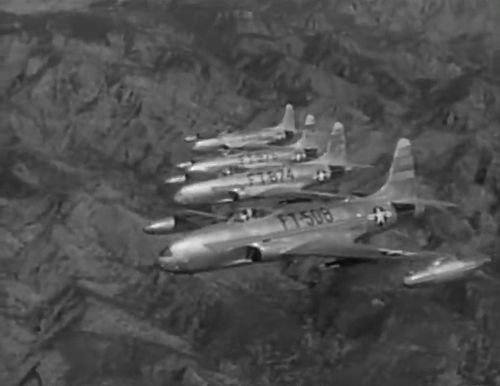 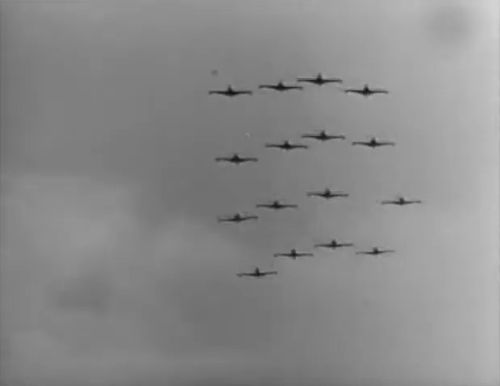 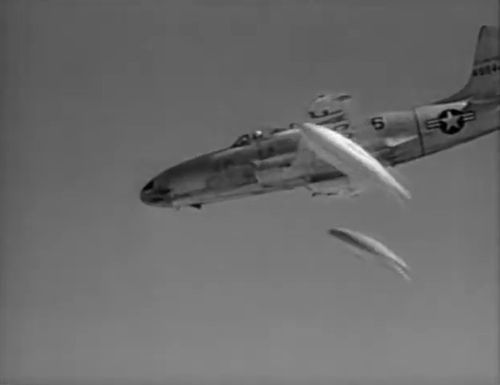 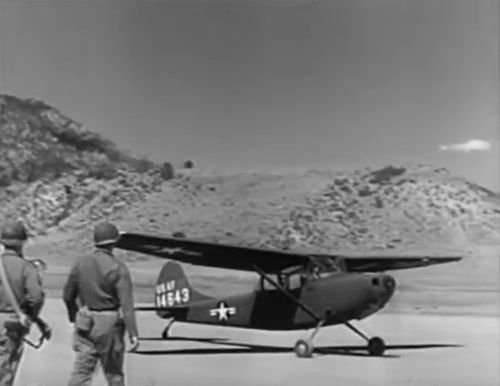 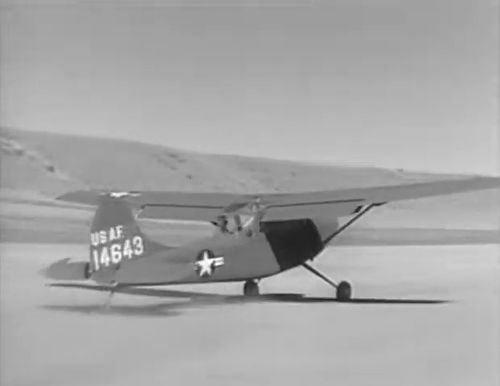 Sikorsky H-5 (or HO3S-1 if manned by an US Navy pilot) in the background. 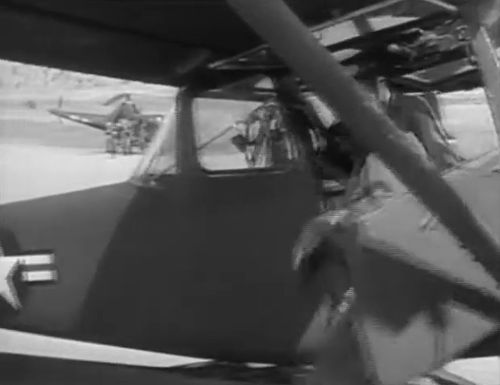 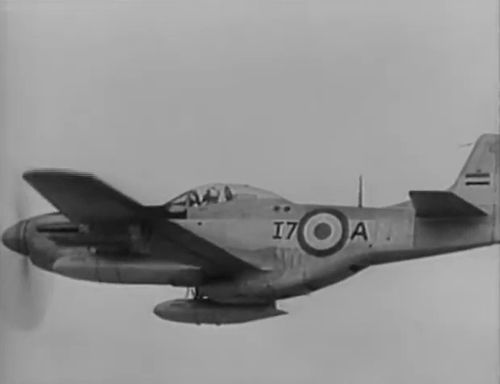 The flight of Lockheed P-80 Shooting Star has just landed and is taxiing towards its parking. One of the jet is a twin-seat Lockheed T-33 Shooting Star (with the tail of a Douglas C-47 on the right edge). 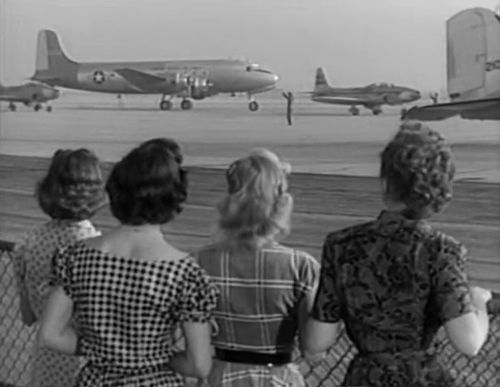 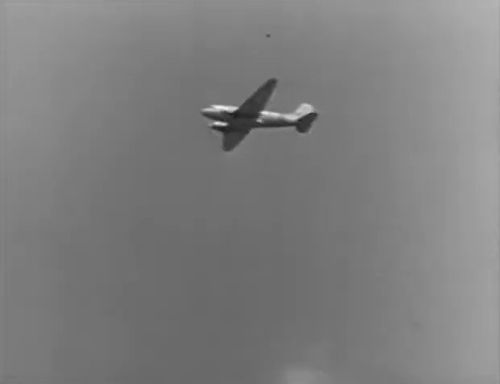 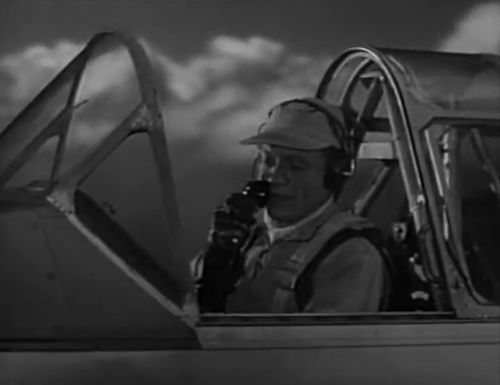 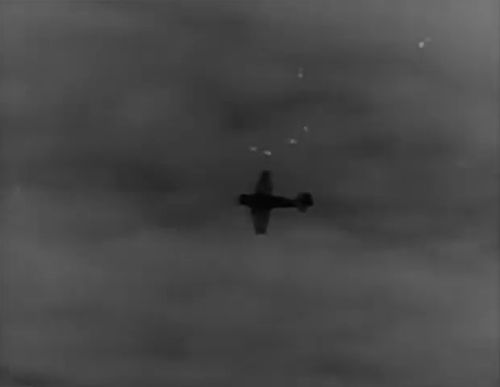