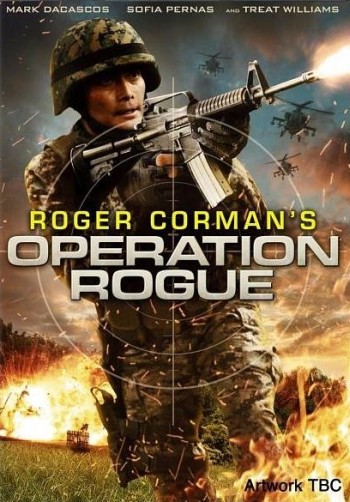 Same footage used in The Interview (2014) but here still in the original colors of Air China title.
Reg. B-2443 Boeing 747-4J6 c/n 25881 landing in front of an Airbus A340-642 of China Eastern Airlines.
Same aircraft in other movies at IMPDb: Frequently Seen Aircraft. 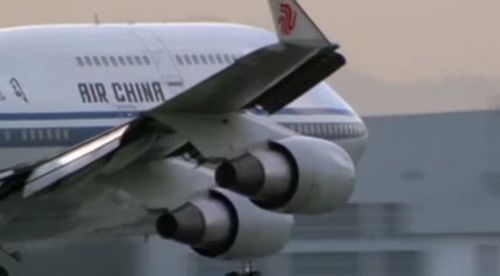 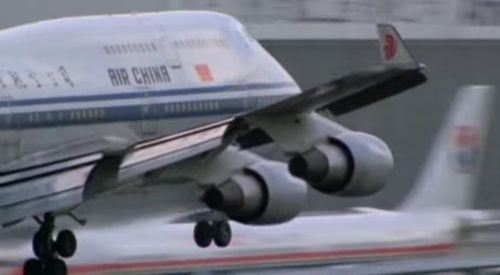 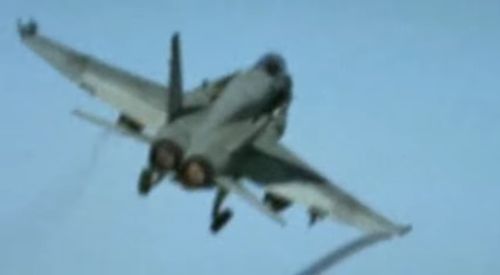 Funny ! Just before attacking, the Hornets are seen with their hook extended (like during an airshow flypast or the final approach course !). 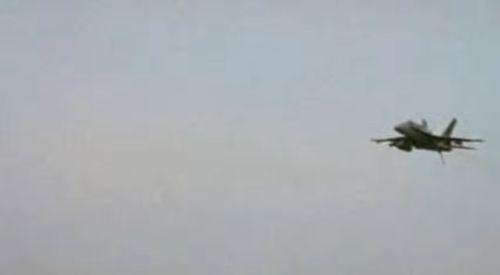 Of course, the exploding Seahawk is not really a Seahawk ... 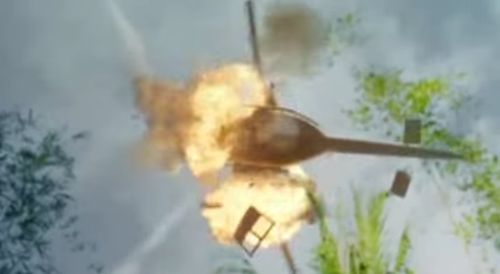 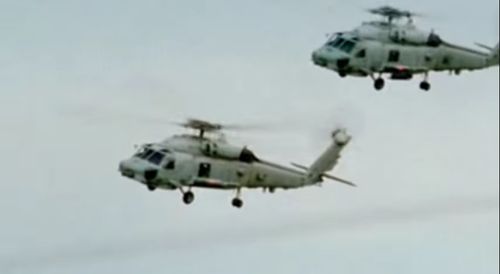 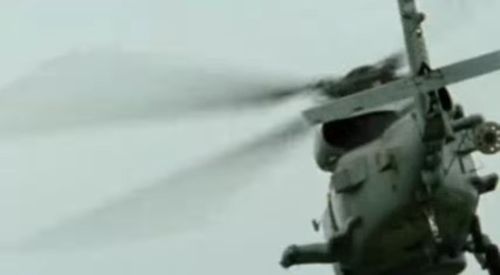 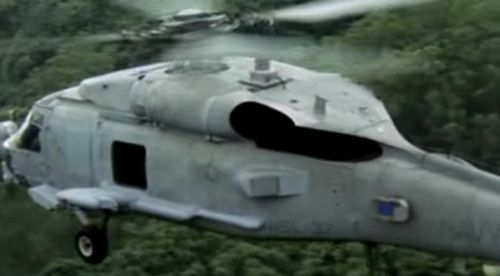 Helicopter #66 is clearly identified when commando is dropped. 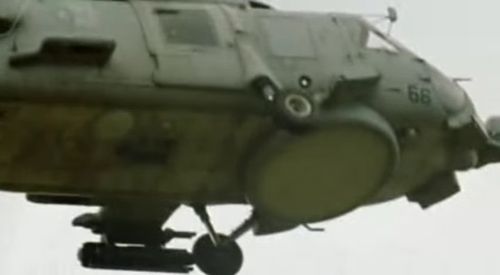 Only seen on the deck, in the background. 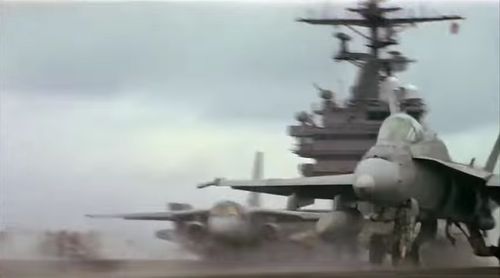 Just a glimpse on this shot. Among many F/A-18 Hornets (and some Vikings), the Hawkeye is easy to identify (thanks its wings folded and its rotodome). But with a careful watch, our readers could identify another one near the castel. 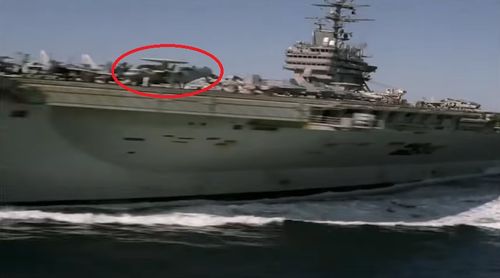