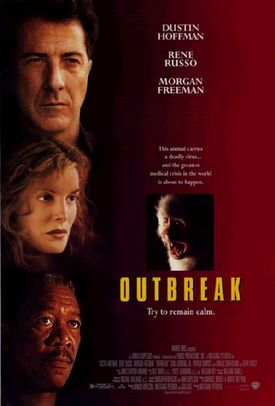 A deadly African disease is loosed upon the small Californian town of Cedar Creek.

Flies Ford and McClintock to the infected African mercenary camp. 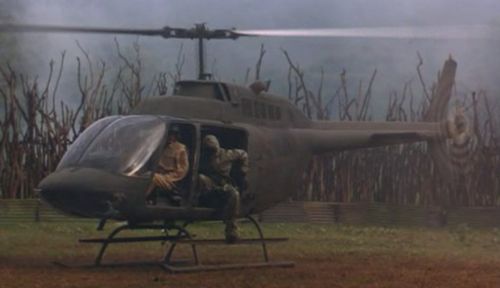 This plane drops a bomb which destroys and "sterilizes" the mercenary camp. 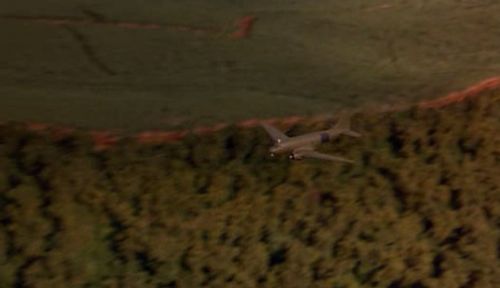 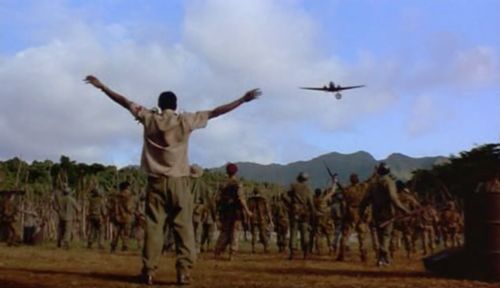 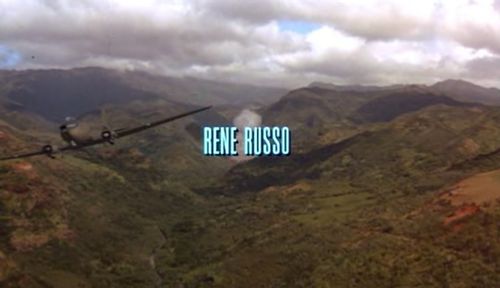 Used as a transport for Daniels' team, flying them to and from Africa and later to Cedar Creek. 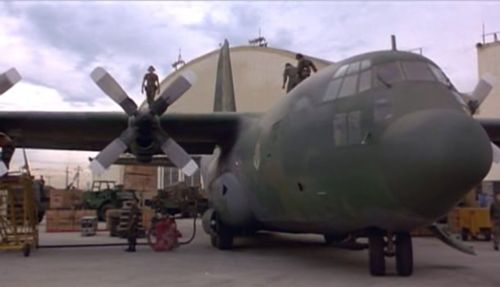 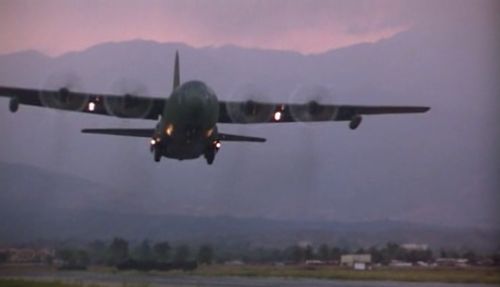 When Colonel Daniels is ordering the sergeant to change the flight plan. 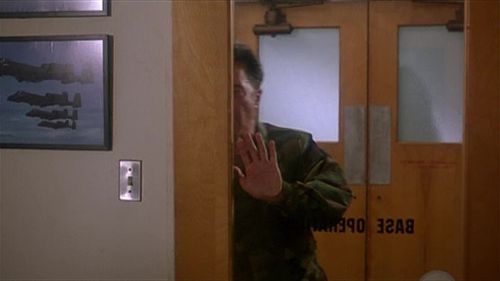 Seen multiple times through the film. One in Africa flies Daniels' team to the infected village. False livery of Zaire Air Force. 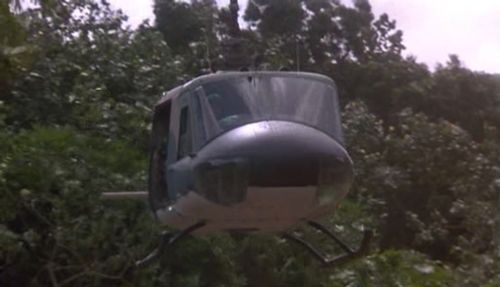 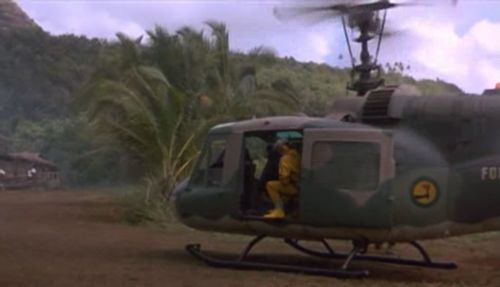 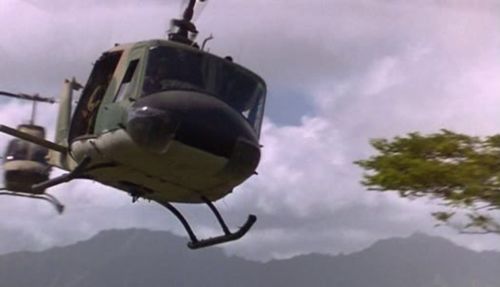 Later several are used by the US Army in the quarantine of Cedar Creek and two gunships pursue Daniels and Salt in the stolen Loach. McClintock's carries the callsign "Viper 1" whilst his wingman's Iroquois is designated "Viper 2." 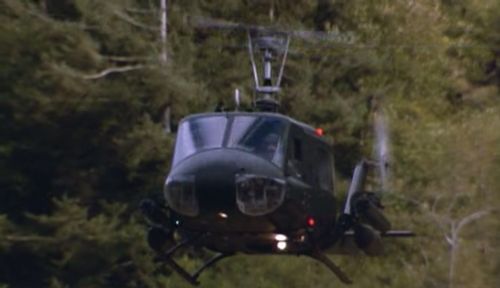 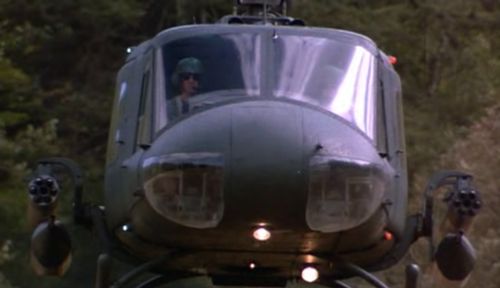 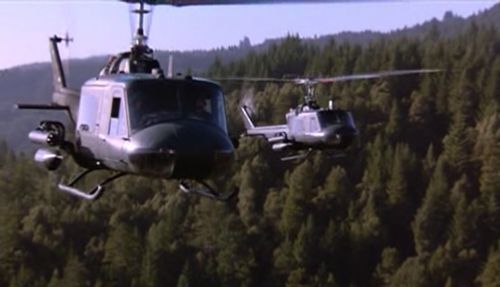 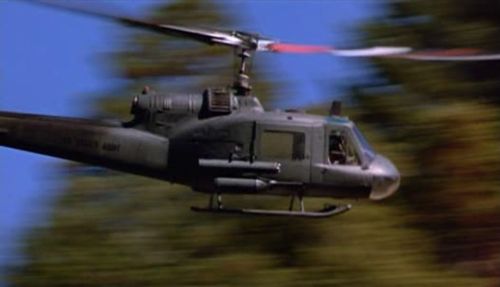 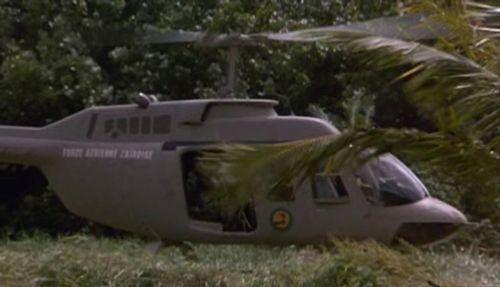 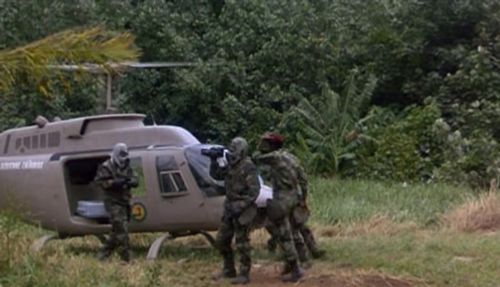 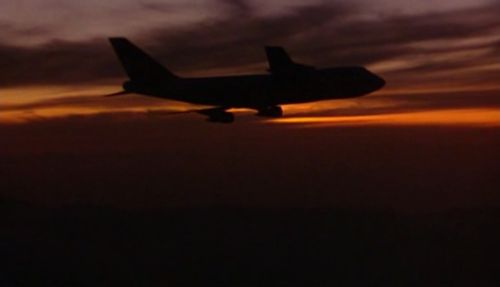 News helicopter that attempts to fly over Cedar Creek and is made to turn back by two military Iroquois. Registration N38EA, Serial 2555. 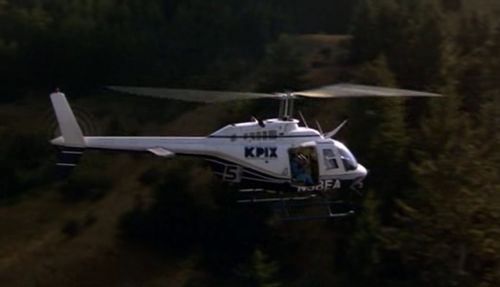 Daniels and Salt steal this gunship when they search for the virus' host, a monkey, which McClintock doesn't want them to find. It is used in several chases sequences involving McClintock's two Iroquois gunships. 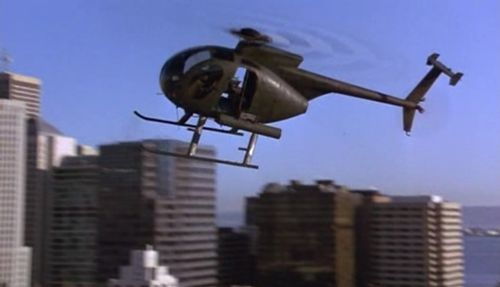 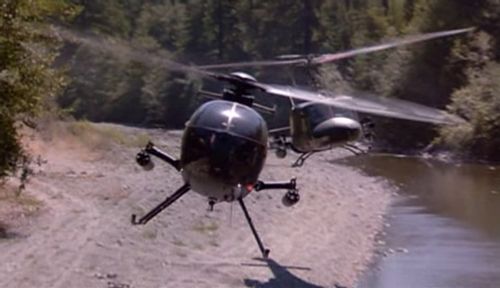 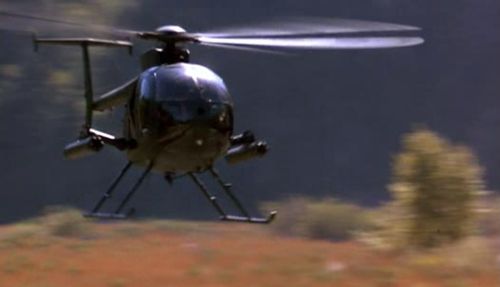 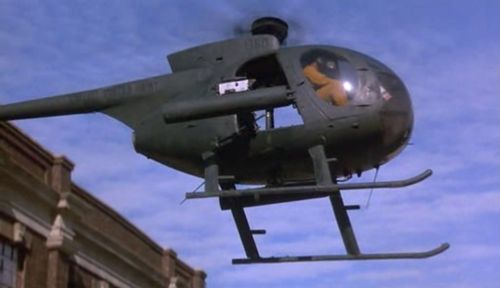 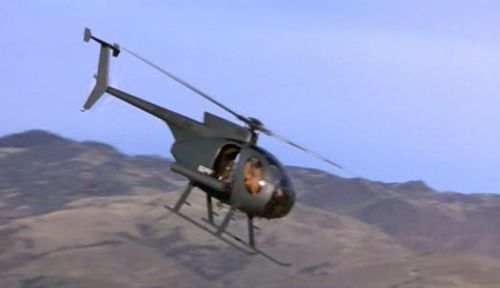 With the callsign "Sandman" this plane is dispatched by McClintock to bomb Cedar Creek to kill the virus, similar to the mercenary camp earlier. Ford sends it back but it takes off again before Daniels is able to talk the pilots down. 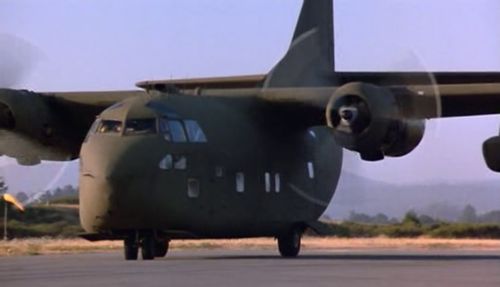 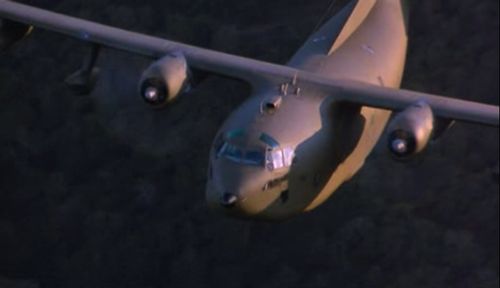 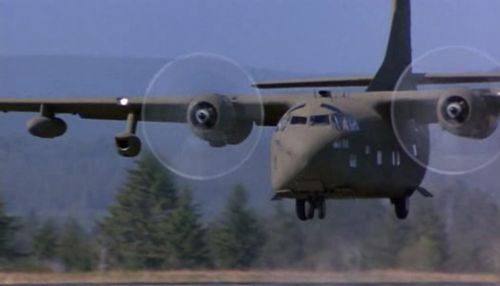 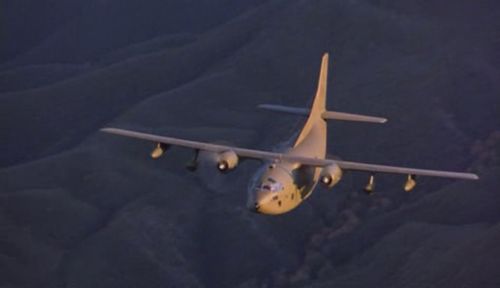 This US Air Force plane - callsign "Big Eye" - keeps track of the Loach for Viper 1 and Viper 2. 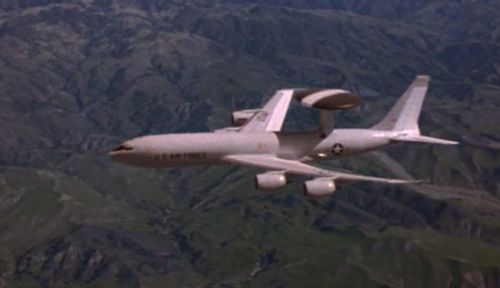 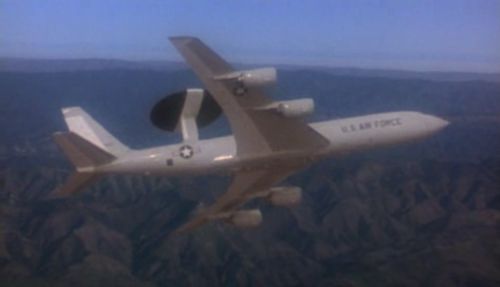