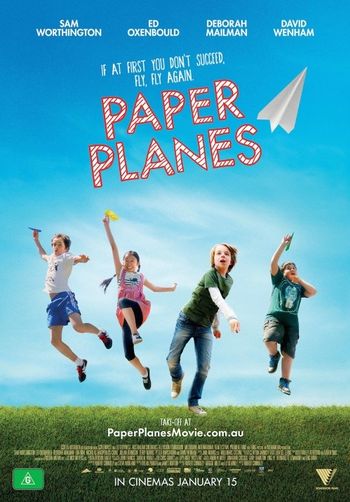 Dylan is a young boy who lives in Western Australia and dreams of competing in the World Paper Plane Championships in Japan. 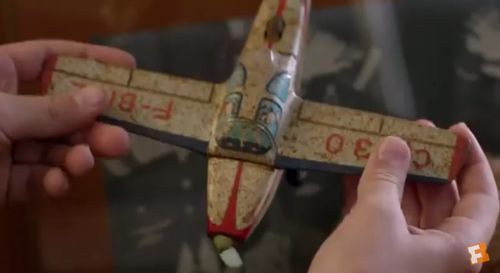 Picture photoshoped (face changed). The original one was taken in November 1943, showing Flight Sergeant C. Duncan of No. 452 Squadron, RAAF. 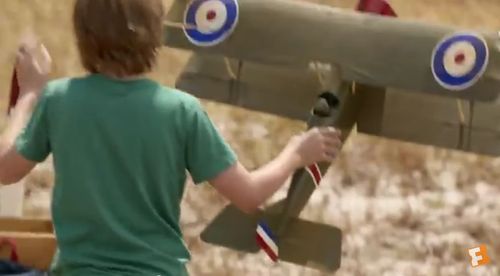 Seen again near the wooden box during the rocket's lift on. 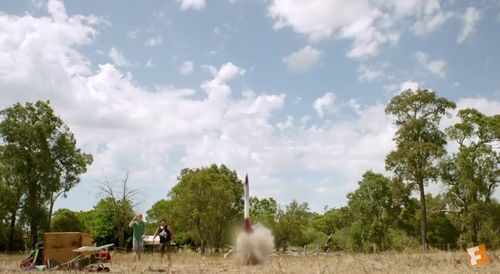 Registration VH-AIM, tailless Cessna 172 Skyhawk c/n 46232 built in 1958.
Cunderdin Airport has no museum; the hangar at right is just the nest of the glider club.

Please note the "Tiger Moth" caption changed into "Don't touch".
On the top right we can see the Avro Anson serial W2121 with an yellow ultralight just under.

The surviving Wirraway is reskinned by the powerfull dream.

Behind the rear turret of the Avro Lancaster, we see the left boom and red tail of the trainer De Havilland Vampire T.35A code A79-821.

The attacking fighter is perhaps a Focke-Wulfe Fw 190A.