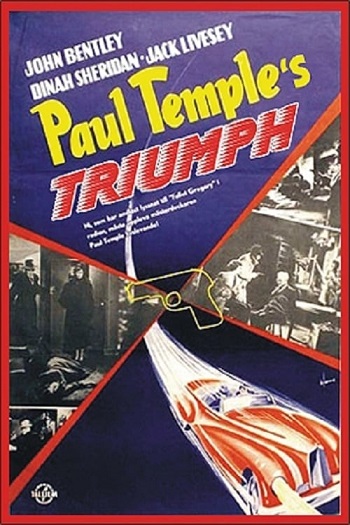 A husband-and-wife detective team look into the murder of one of her friends, whose father - a prominent scientist - has been kidnapped. They find themselves up against a sinister crime organization headed by a mysterious figure known only as "Z".

Two RAF Dakotas in the background, Vickers Viking on the right. 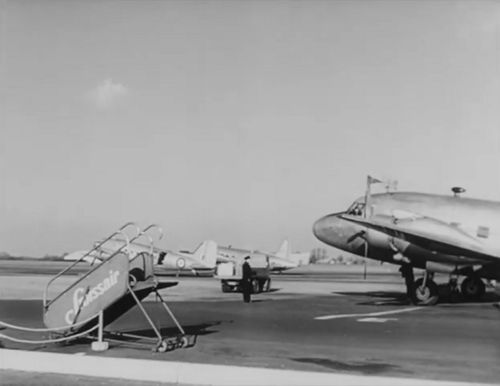 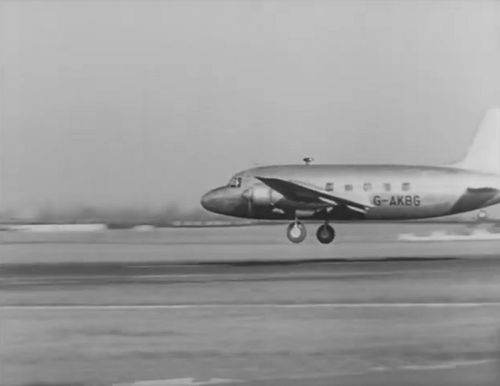 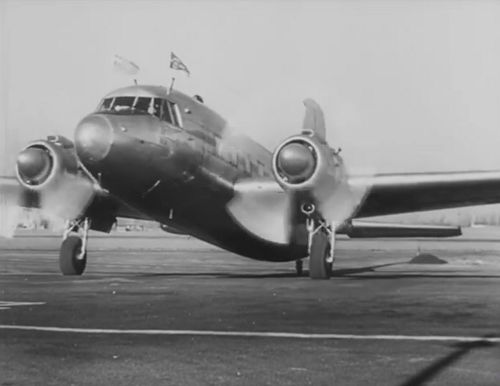 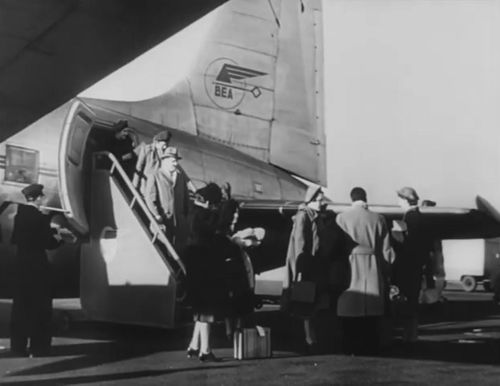