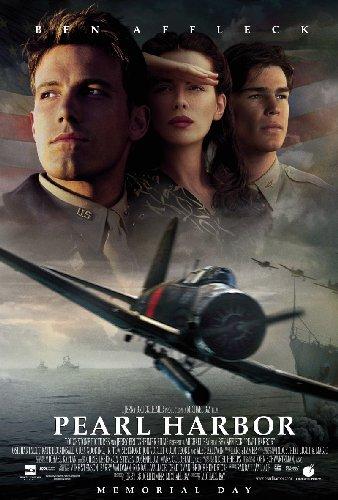 How some young American pilots are facing the beginnings of World War II until April 24th, 1942 and the Doolittle Raid.

Aircraft from same footage seen in Reach for the Sky and in Airplane! - IMPDb: Frequently Seen Aircraft.

An interresting spot with two aircraft wearing the code RF°M. In the foreground, it's EP120 The second RF°M is a mock up.

G-BKTH was already seen -only on the ground- in Battle of Britain in the far background, as at that time it was unflyable. Wearing a Fleet Air Arm paint scheme with the 7°L code (880 Royal Naval Air Squadron, Fleet Air Arm, HMS Indomitable 1942), it can be only quickly seen in the background. Of course, this is anachronistic !

Flown by the Luftwaffe during the battle of Britain; archive footage with a later version (F or G).

Flown by the Luftwaffe during the battle of Britain; archive footage.
Same aircraft in other movies at IMPDb: Frequently Seen Aircraft.

In the background, a model probably wearing the colors of the 103rd Aero Squadron (we can guess a indian face invisible on this screenshot).

Is seen frequently through the movie, being flown by the US Army Air Corps. Two of them manage to get airborne during the attack. Four P-40s were used during the filming, one P-40E and three P-40N. The P-40E and one of the P-40Ns used in the movie belong to the Warhawk Air Museum in Nampa, Idaho. Pictures at Van Nuys Airport.

Seen in some background shots. The same nose number is worn by another DC-3 later... (look at the dedicated section).

One aircraft built during WW2 and the another one built in Russia in 1997. Both have P&W engines. Most of the Zeroes depicted in the film are bearing the black/dark green livery of the Imperial Japanese Navy. The real Zeroes from the Akagi that participated in the actual attack on Pearl Harbor were painted a very pale lime-green/gray.

Two AT-6D/SNJ-5 and one Harvard Mk IV were modified for Tora! Tora! Tora! and re-used in 2001 - IMPDb: Frequently Seen Aircraft.

The great dilemna of IMPDB : you see an Aichi D3A but it's a Vultee BT-13/15... Three of them were converted to play in Tora! Tora! Tora! - IMPDb: Frequently Seen Aircraft.

Vultee BT-15 acting as an Aichi D3A of the Akagi aircraft carrier.

A derelict DC-3 was bought and used for this single action in which it was totally destroy. Registration N36.

The single spot with the Douglas DC-3 N36.

Another wartime footage to transition between Pearl Harbor and Doolittle's raid preparations.

Is seen in the second half of the movie for the Doolittle Raid. Four Mitchells were used, although the Raiders flew the B-25B and not, as shown, the B-25J - IMPDb: Frequently Seen Aircraft.

The USS Constellation (CV-64) is used as a stand-in for the USS Hornet (CV-8) during the takeoff scenes for the Doolittle Raid.

As Col. J. Doolittle starts to train the B-25's crew, a travelling displays a blimp.

A Blimp is visible in the distance, at far right.

A more visible piece behind Doolittle.