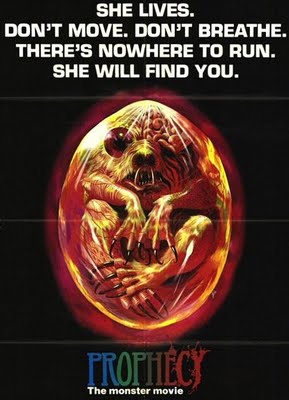 Pollution in the forests outside of Brewster, Maine, mutates a grizzly bear and her cubs into hideous monsters who begin preying upon the local Indian tribe as well as lumberjacks and campers.

Robert and Maggie arrive at the Brewster airfield in this airplane. Registration N98692, Serial 1050.

A family of campers is seen arriving at the airfield in this plane. Fake Registration NF-ELB.

This helicopter flies in a dog which was the sole surviving member of a search and rescue team (the three men and second dog were killed by the bear).

Robert, Maggie and Ramona rent this helicopter to fly out to the forest. It ends up grounded in a storm due to high winds preventing the pilot from taking off. Registration C-GHHG, Serial 1396.