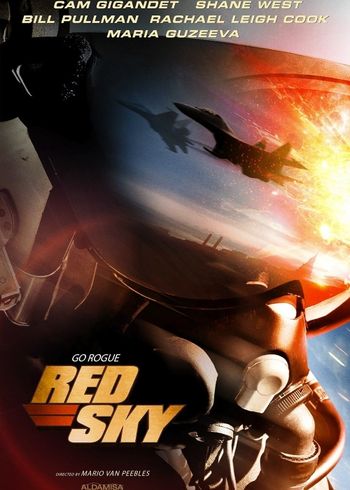 Disgraced Top Gun fighter pilot Butch Masters leads a rogue squad in recovery of a WMD. Masters must navigate a fractured friendship, a love triangle, and must take to the skies to reclaim his military and personal honor. 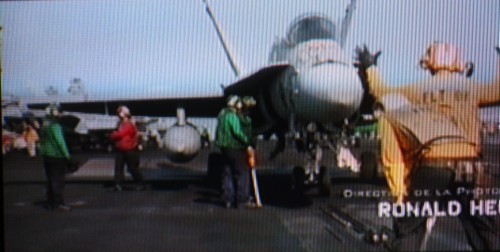 Narrow-body four-engined airliner over Departure Hall, Pulkovo 2 Airport (LED/ULLI), St. Petersburg. Probably a CGI as this shape is close to older airfames such Boeing 707/720 or Convair 880.

During the final dogfight.

Butch's home is in fact this Ilyushin Il-18 (or an Il-20M if the fairing is original -but in this case, the SLAR housing under the fuselage is missing-).

When Butch left his painting, and goes to the main room, we can see paintings and illustrations of ...

The other aircraft (top) is a Mikoyan MiG-29.

Under the cover. At left, the nose of an Aero L-29 Delfin.

A shape similar to the first CANT Z.1007 (Italian bomber of World War Two) but dropping from high altitude with such an old aircraft has no sense in the 21st century !

It's easy : Good Guys are piloting Sukhoi Su-27s but the Mikoyan MiG-29s are manned by Bad Guys.

Despite action is over Syria and acted by Soviet and Iranian aircrafts, we have these two glimpses of Slovakian aircrafts.