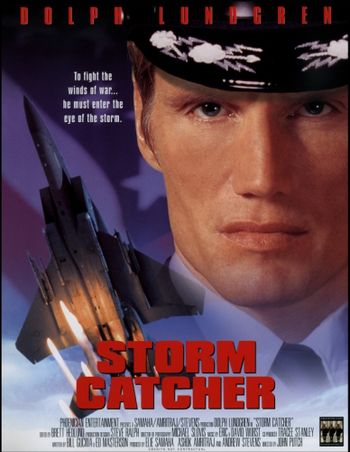 A renegade general want to bomb Washington with a new revolutionary bomber. His plan relies on a pilot and the theft of the Phoenix III.

First, the plane in itself, as seen in the beginning during trials. From a U.S. Air Force/DoD Promotional Film.
Same aircraft in other movies at IMPDb: Frequently Seen Aircraft. 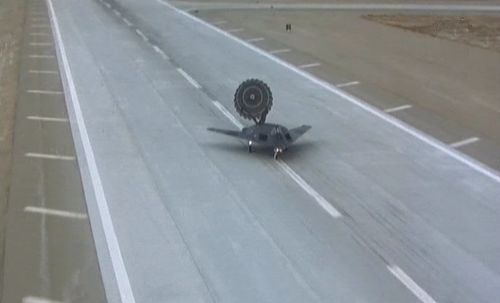 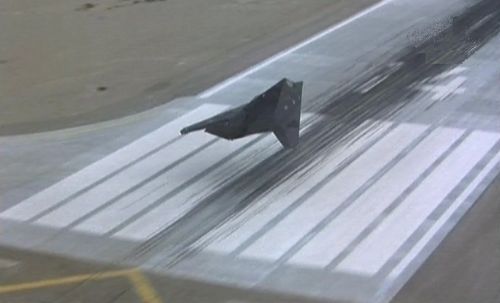 Now, the Nighthawk playing the Phoenix III, a two seat bomber. The crew is set at 90°.
Same aircraft in other movies at IMPDb: Frequently Seen Aircraft. 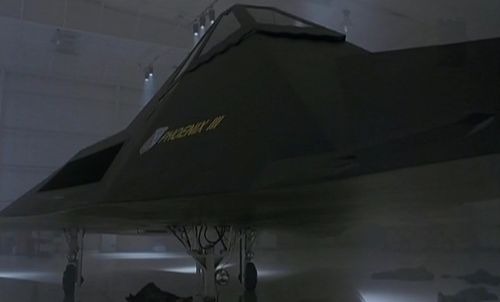 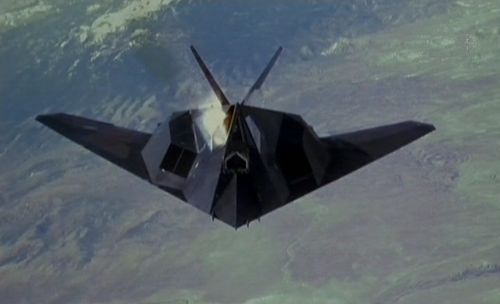 The pilot dislikes that the bomber puts a gun under his chin; so he ejects his 'passenger' 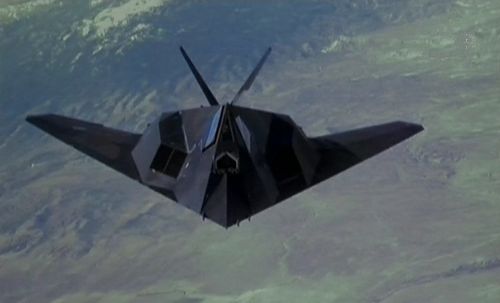 Despite the window has exploded when the seat was ejected, a new window slides to close the cockpit! 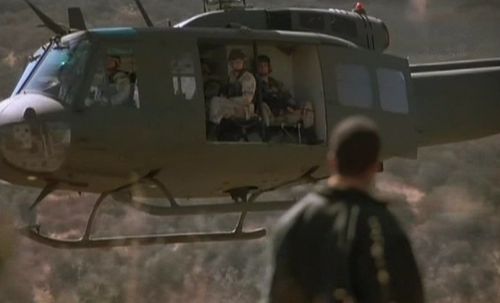 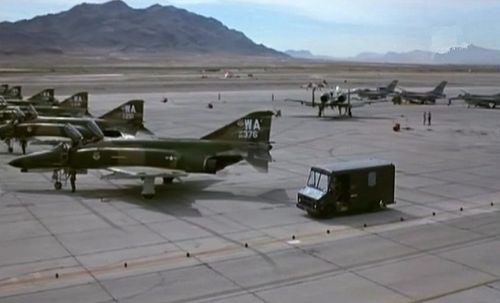 Apron of Edwards Air Force Base. 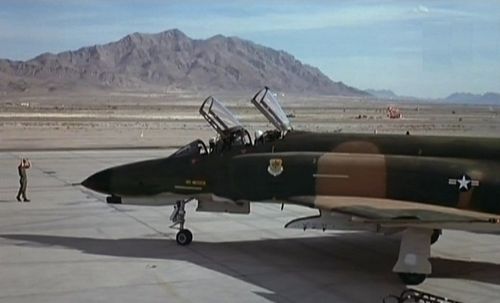 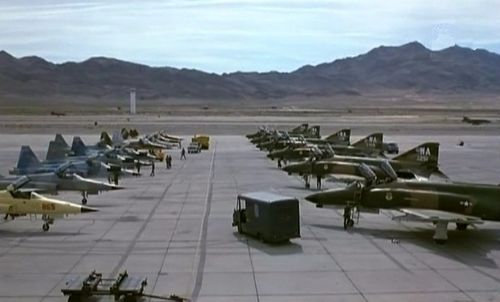 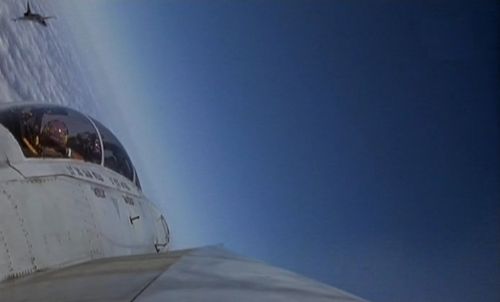 Probably a F-5F tailed by the Tomcat. 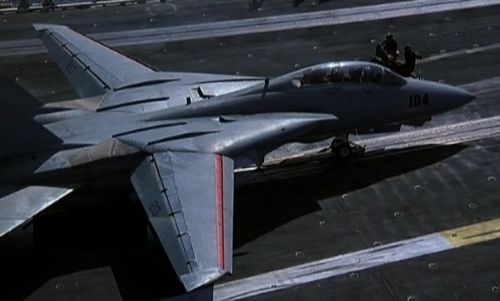 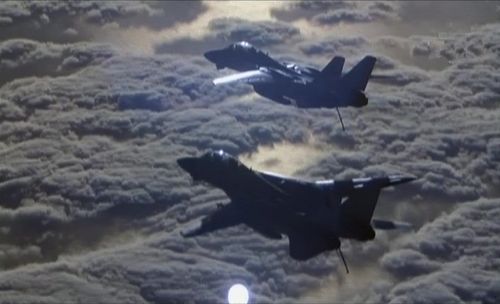 Despite on an interception mission, the Tomcats have their hook extended and fly with minimum speed. 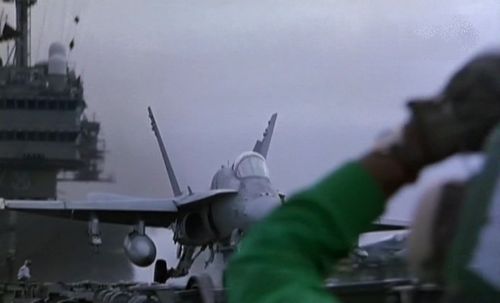 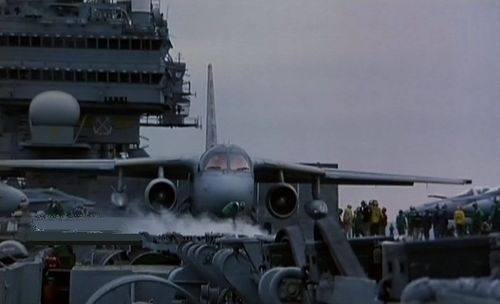 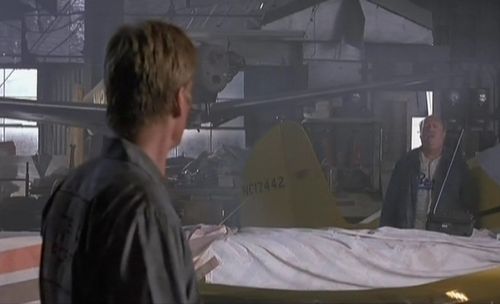 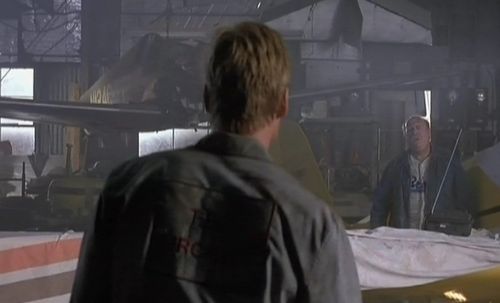 Aircraft hanging to the ceiling with code shinning a little by oblique light; once again, thanks to N124C registration! 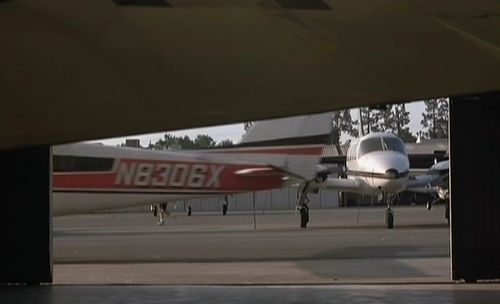 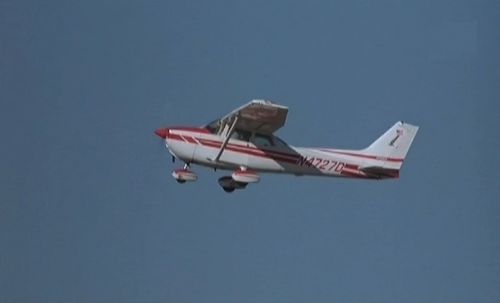 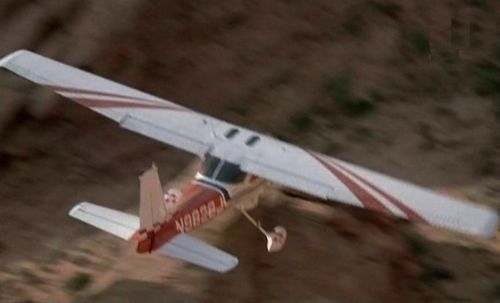 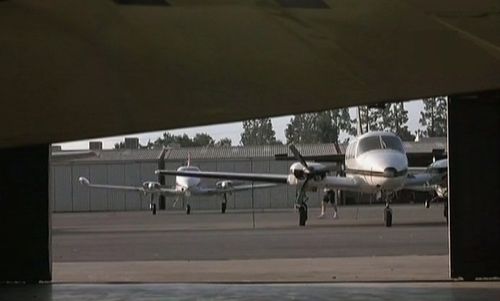 Queen air on the left, in the background. PA-31 in the foreground. 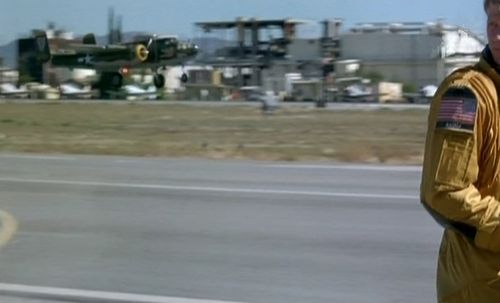 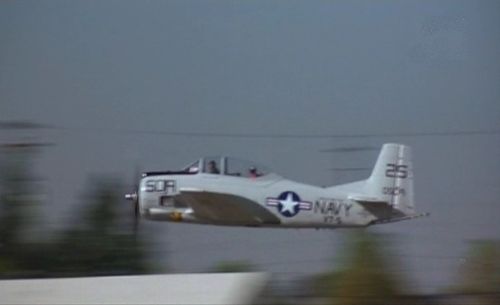 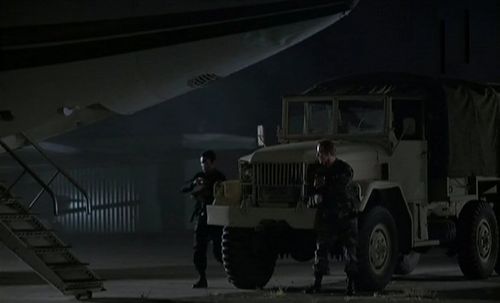 Quite a few aircraft on board and one landing on USS Enterprise (CV-65). 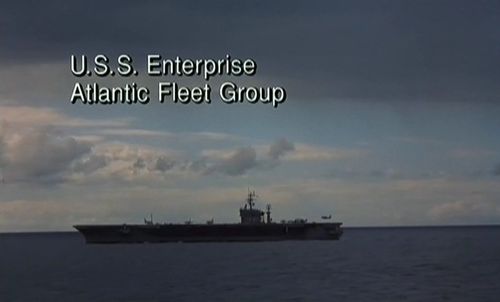