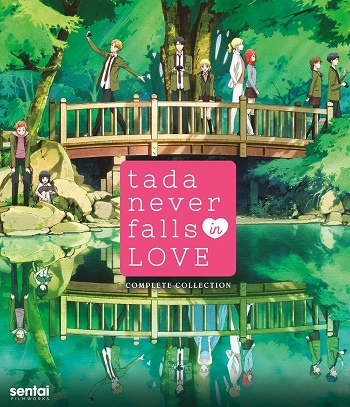 Mitsuyoshi Tada is a quiet but friendly soul, but he has never known love. Then one day, he meets transfer student Teresa Wagner and his life changes forever. 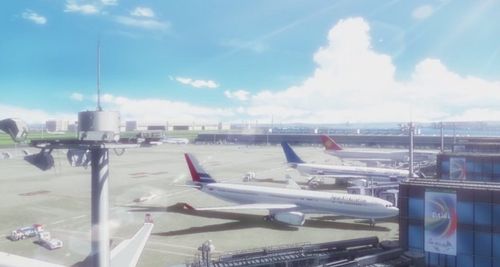 A loose portrayal of a 787, though a few details like the engine nacelles don't match exactly. "Sky France" livery is very clearly aping Air France. 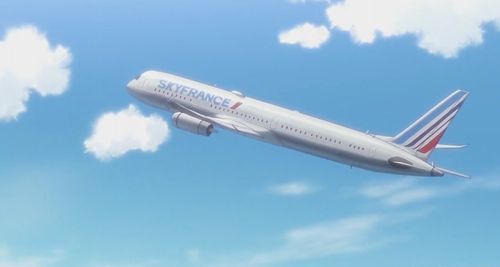 Doesn't really match up with any real airliners from this angle, though "Lufthandler" is a clear parody of Lufthansa. 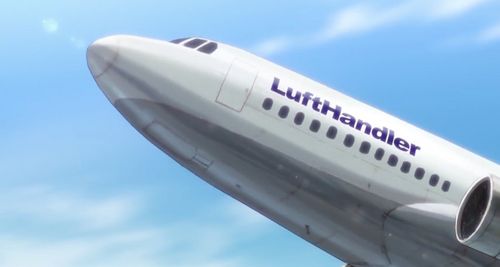 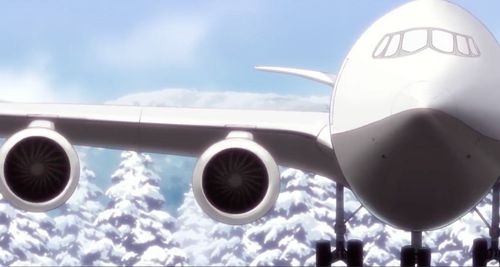 Given to be the cabin of the same aircraft, though it's far too narrow to belong to a widebody A340. 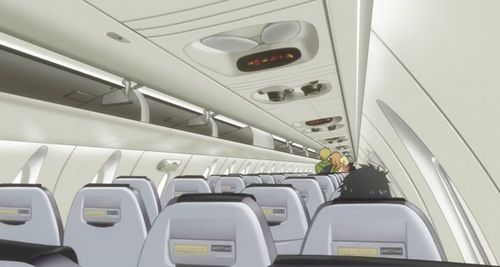 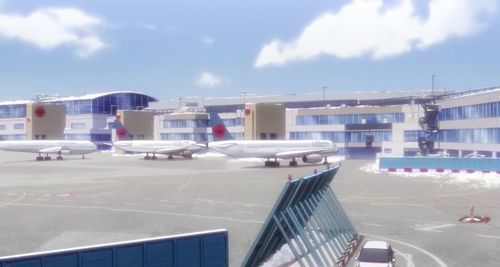