no F4F among the screenshots

Sorry ! But I'm afraid all the F4F are in facts Hellcats. Some pictures display clearly the underwing landing gear (on the F4F, wheels whels are inside the fuselage); no one display the typical two halves on the rear fuselage of the Wildcat. Even the 'japanese' wrecks are made with scrapped Hellcats. The last picture display the Hellcat canopy; the Wildcat should have a bar cutting in the middle the upper glass.
So the four pictures has been tailed to the former F6F ones.
LVCDC 24 September 2012

The both Nakajima's products are very similar (the B6N has a regular dihedral when the B5N has a null one in the central section of their wings). It's hard to choose between the two type for the attacking torpedo bomber seen in this movie. Please note that this footage is used too for The War Episode 8.
LVCDC 07 October 2012

Following a new look at this movie, I noticed some lacks (most -I must concede- with very short sequences). Moreover, several of these additions, even if just glimpsed, are intesresting as they have been used again in others titles you could find on IMPDB. (Work in progress as it opens new categories). LVCDC 15 july 2013

During the straffing, the Marines hide them behind what could be mistakenly identified as a japanese wing section. 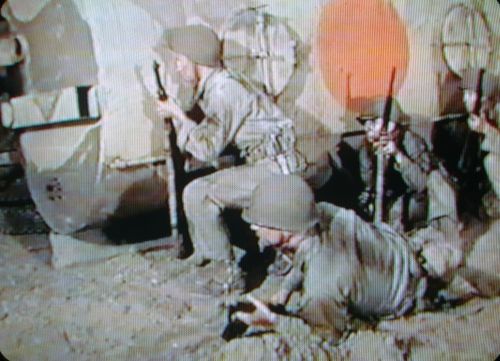 Minutes later, we realise that it's in fact probably a water tank or something like that. 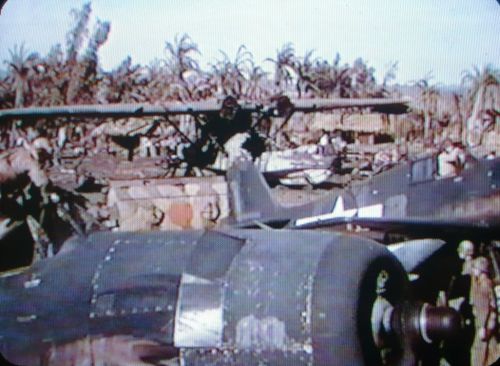