First, seen during the victory of Jeanette : 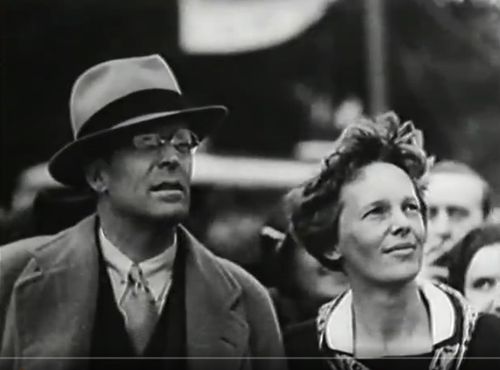 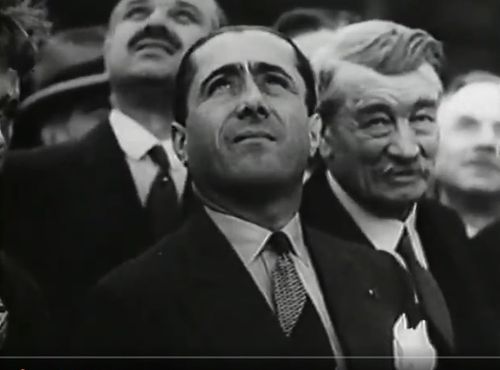 Later, to celebrate this victory, a pianist is playing near a galery of some great names in French aviation : 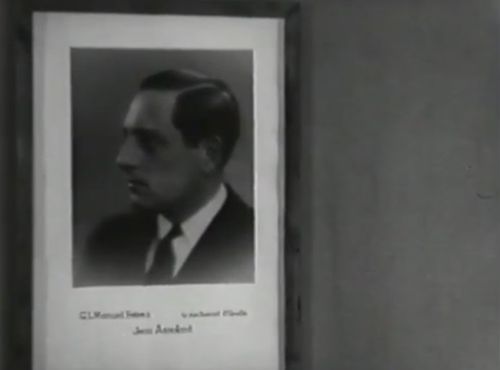 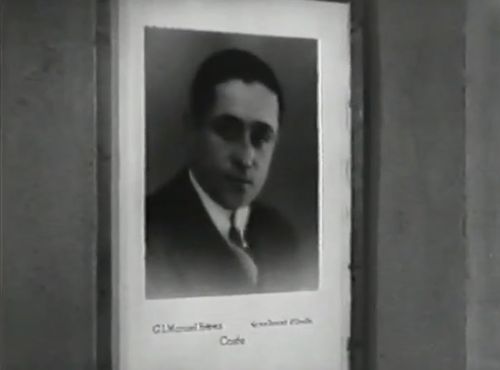 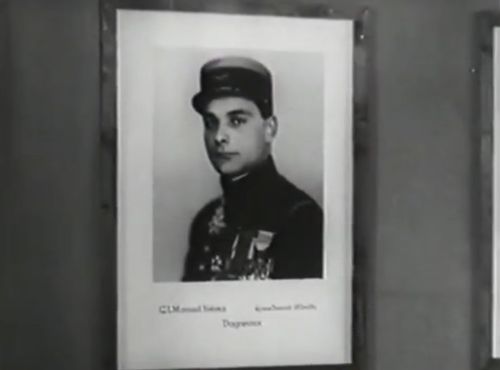 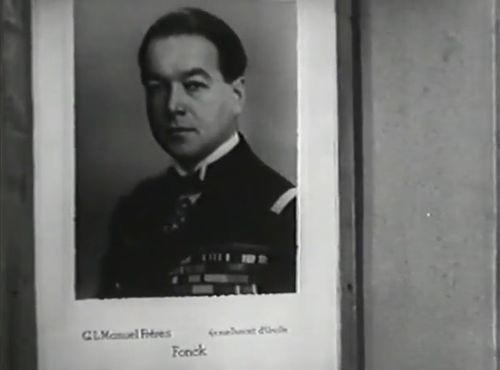 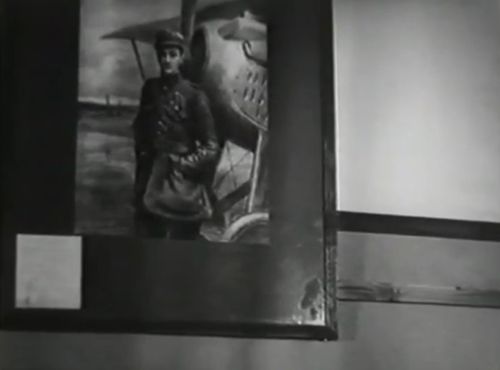 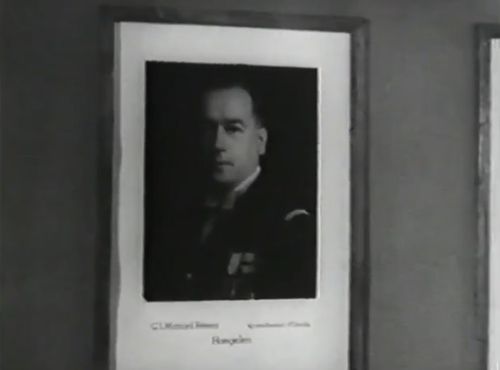 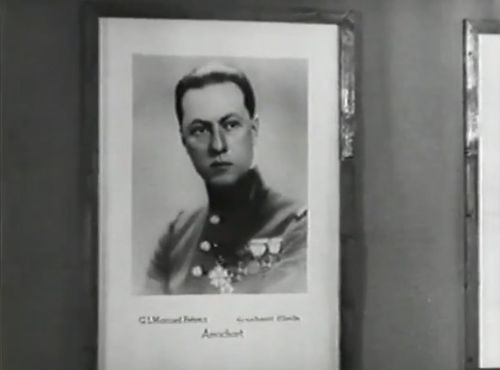 Among the nine pilots named in the credits, only one is acting : Maryse Hilsz (as herself). 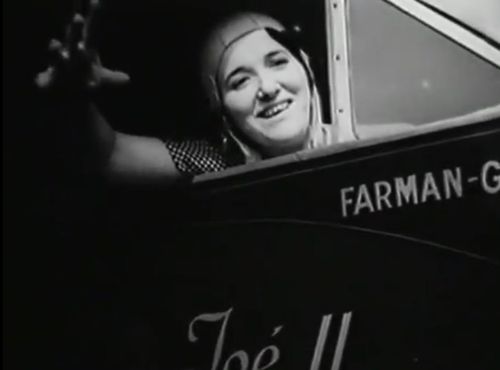 The other "stunt" (or expert ?) named during the credits : 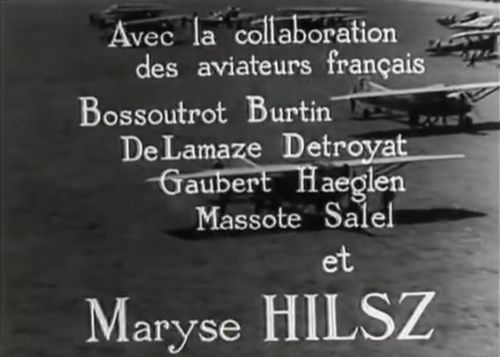 Note the typo with Haegelen (one E missing).
Most are test pilot for Farman :
(Lucien) Bossoutrot, a world record holder, has already performed for Le Roi de la vitesse (1923);
(Michel) Detroyat, one of the most talentuous in aerobatics (great contender -with Doret- against Fieseler during a match near Paris in 1934) was test pilot for Morane-Saulnier;
Haegelen, World War One Air Ace working for Hanriot and winner in 1931 and 1932 of the Michelin Cup, setting then a world speed record;
(André) Salel was the boyfriend of Maryse Hilsz and a famous raider (Paris-Tananarive in 4 days and 7 hours in 1931). Test pilot for Farman, he'll die in an accident in 1934 at the controls of the brand new F.420-01 prototype;
(Louis) Massote is the youngest one and chief pilot for Bleriot. The year following the filming, Massote is going to finish in second place at the Deutsch de la Meurthe Cup. The Blériot-Spad 92-2 F-AJHK seen in this movie, upgraded as Blériot-Spad 92-4 will be his personnal mount at the Vincennes (Paris) Meeting in April 1937;

This footage was previously identified on the Zerkalo page as a Curtiss B-2 Condor. Which is correct? Corkeyandpals (talk) 16:31, 27 March 2020 (MDT) 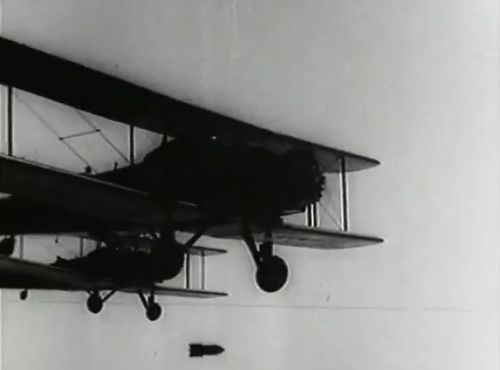 Good 'quizz' !
Curtiss B-2 Condor and Keystone bombers have close shape. The Keystone (but the LB-5s and the single LB-10)) have radial mounted in nacelles. The Curtiss was powered by inline engine laying on the low wing. So Zerkalo is misidentified and fixed soon. Thanks for your eagle's eyesight !