Fictionnal aircraft. Looks like an hybrid of a RC-3 Seabee but with some SIAI FN-333 Riviera layouts. The V tail is from a Fouga or Bononza aircraft...

The movie is rich of much more aircraft; for example :

and several imaginary planes (artwork keeping off a wing or adding a engine or merging front and rear of two aircraft).
I will try to capture them and complete this page.

IMPDB usualy presents a movie whith its original name, using phonetic translation for those from countries using non roman alphabet. Porco Rosso is only the usual title in european countries. So this page should be titled : Kurenai no buta

And the movie poster could be this one : 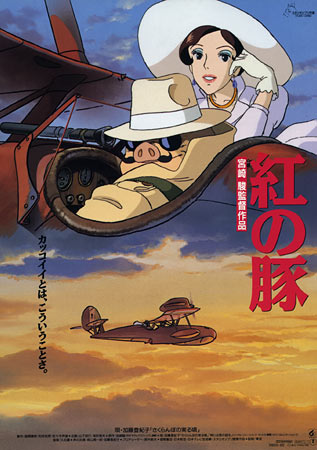 The flying boat used by Porco Rosso is a mix of the Savoia S.21 fuselage and general layout of the Macchi M.33. In the middle of the movie, Porco Rosso flew back his plane to the factory and change the engine for the V12 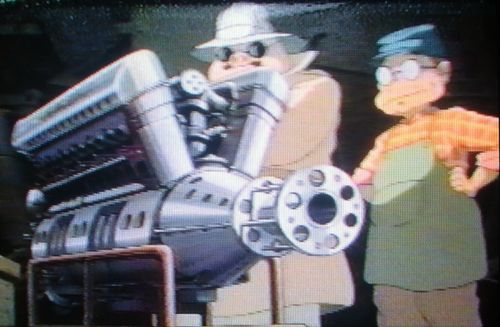 It looks like a Dornier Do.24 but with a front like the Supermarine Southampton and the rear of a Supermarine Stanraer. The engine is similar to a Dornier Val.
LVCDC 17 september 2012

The add-ons I've made last year will be update by better screenshots (but still not the finest, I agree; my apologies). LVCDC 09:52, 5 November 2013 (MST)