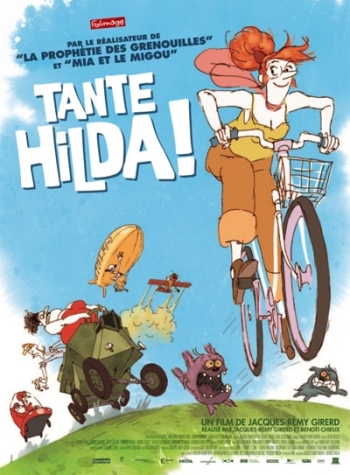 
Two sisters, Hilda and Dolorès, have differing views on the issue of agriculture.

Made for Movie Airship

Made for Movie Helicopter

On the background. The tail does not fit.

Made for Movie tiltrotor aircraft

The tail this time looks like to that of the Bell-Boeing V-22 Osprey, but the landing gear is pure fiction.

Seem to be the agricultural aircraft designed and built by WSK PZL Warszawa-Okęcie.