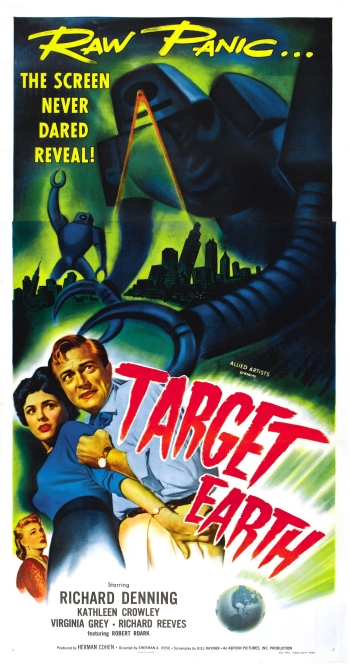 A type phased out quickly after the end of World War 2. Surprising to find it in a movie nine years later. 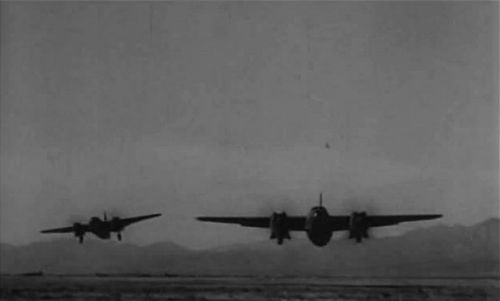 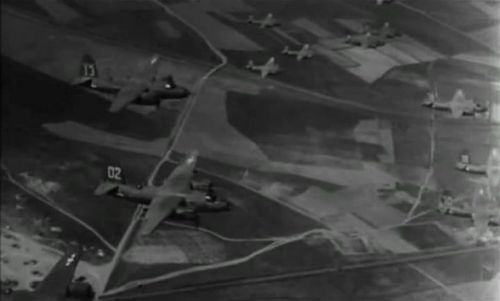 During the 50's, North American B-25 still served with the US Air Force but in limited number and for specialized tasks. Probably a war footage instead a late flypast. 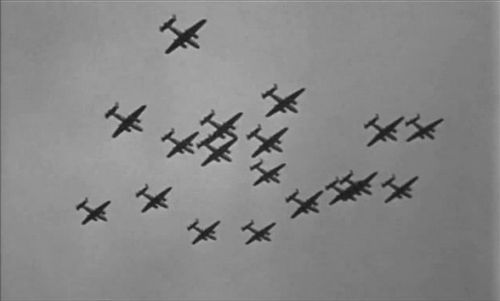 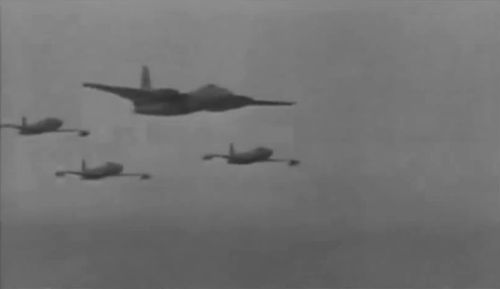 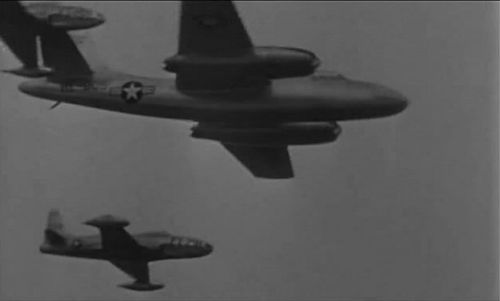 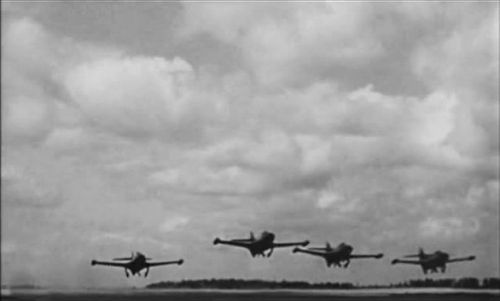 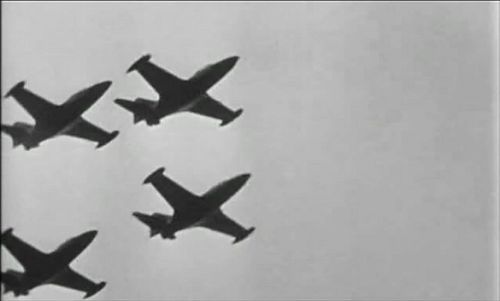 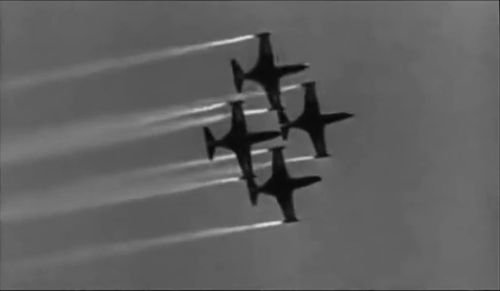 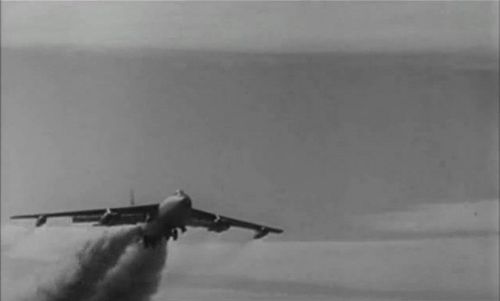 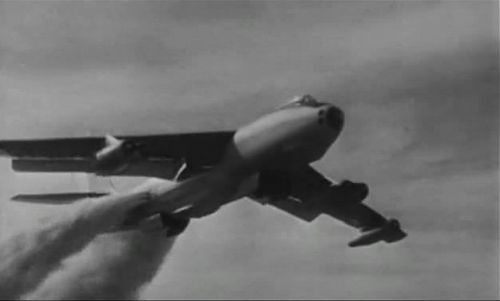 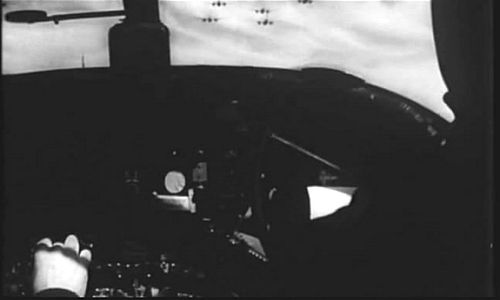