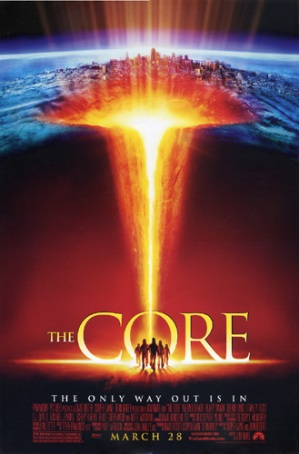 Promotional poster for The Core.

A team of specialists are sent to restart the earth's core and save the planet from itself.

Described as OV-105, Endeavour. Forced to make a crash landing after magnetic interference screws up the navigation system.
Same aircraft in other movies at IMPDb: Frequently Seen Aircraft.

Seen frequently as a transport helicopter.

Seen on the landing platform at the rear of the resupply vessel.

Most obviously are the McDonnell Douglas F/A-18 Hornets scattered across the deck but the radome of two Northrop Grumman E-2 Hawkeyes.

Closeups of the Hornets here, but also a couple of Lockheed S-3 Vikings in the bottom corners.

More Hornets with a couple of Northrop Grumman EA-6B Prowlers.