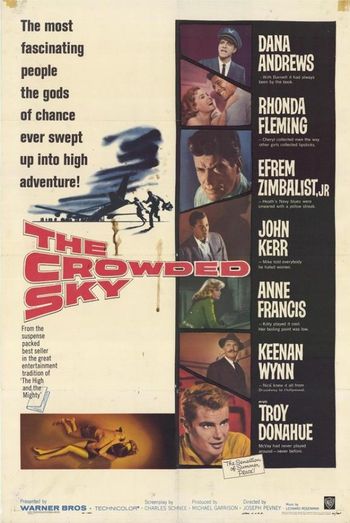 Alongside a two seat Lockheed trainer (not the same seen later -see bottom-). 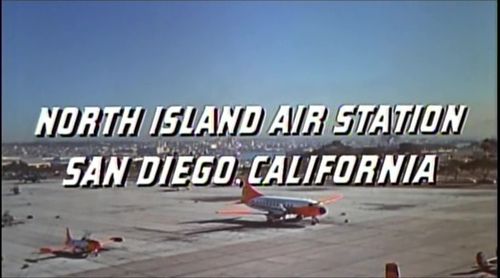 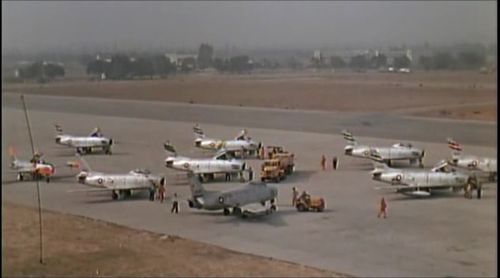 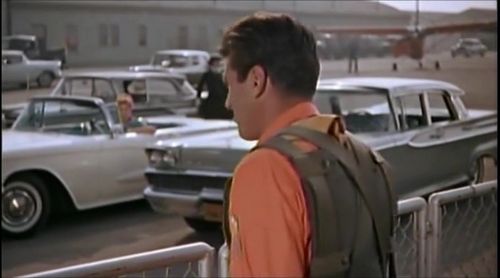 Callsign 8255 (fictionous), this Lockheed T-33A is acting as a US Navy Lockheed TV-2 trainer. 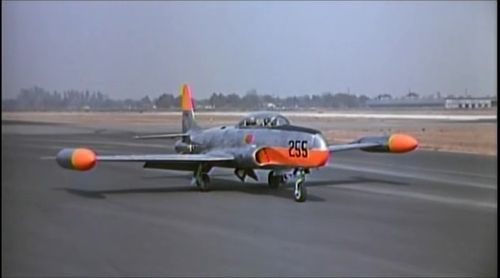 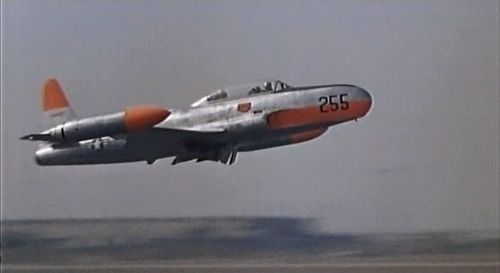 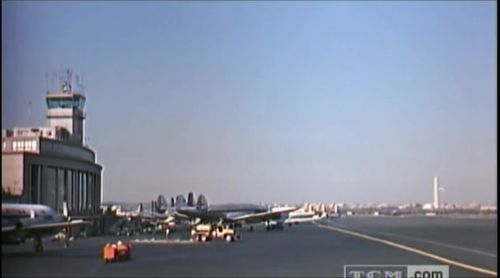 Lockheed Constellation in the colors of TWA taxiing in the field of the copilot's window. 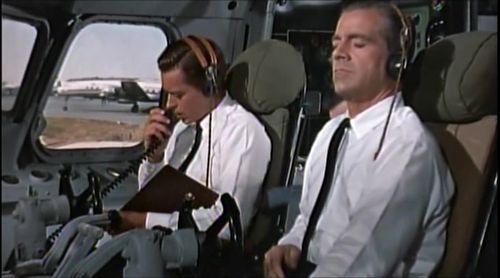 Fictitious airline Trans States using DC-6B N16020 of National Airlines, though no DC-6 seems to have carried that registration. 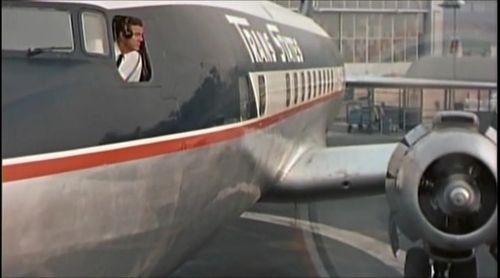 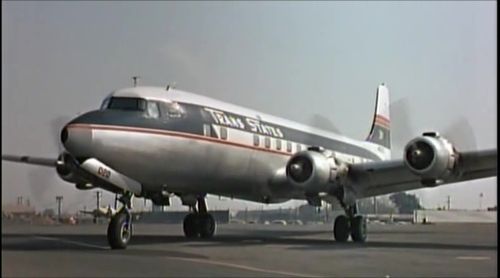 Of course for a movie of 1960, it's hard to avoid some Douglas DC-3 in the background. 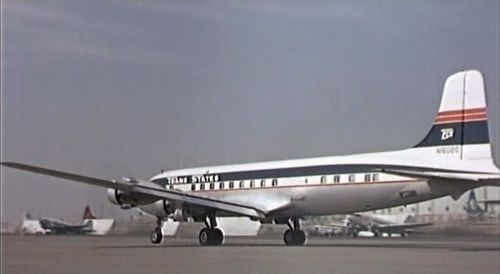 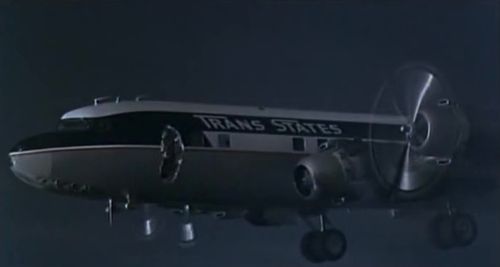 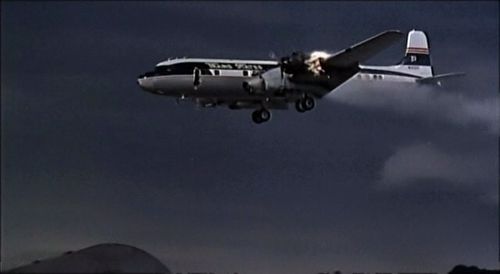 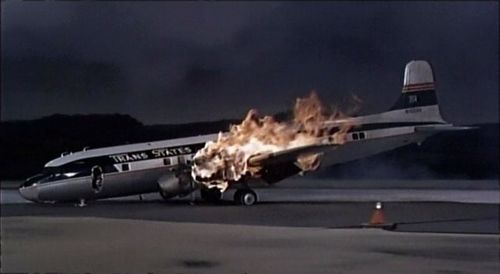 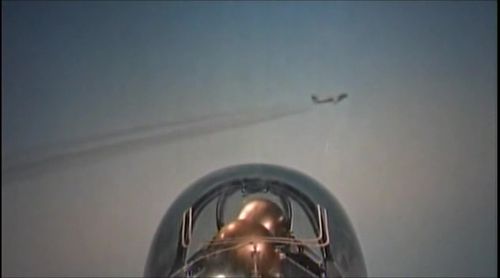 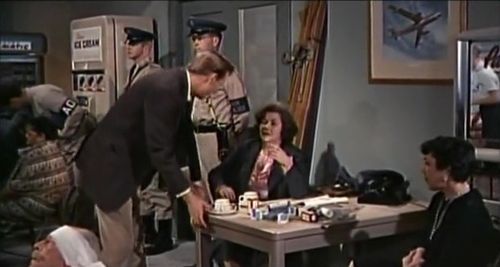