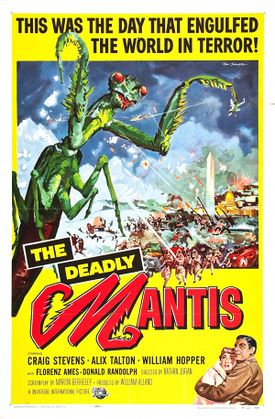 An earthquake frees a giant praying mantis from within its icy prison in the arctic. It attacks an Air Force weather outpost, a C-47 cargo plane, and an Eskimo village before assaulting the Air Force's D.E.W. Line base and flying south where it eventually battles soldiers inside of the Manhattan Tunnel.

Seen during a montage covering the construction of the Air Force's D.E.W. Line in the arctic. 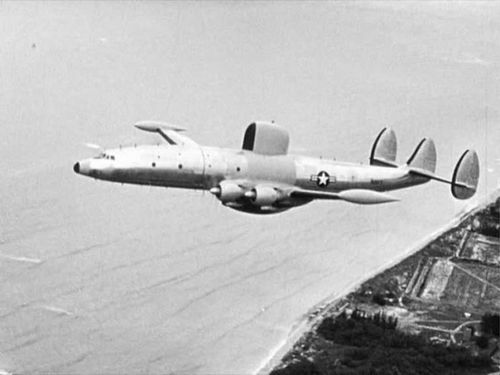 Parkman arrives in this plane after the base is completed at the end of summer. 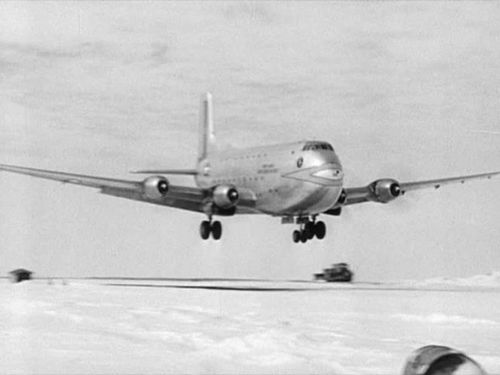 A cargo plane which is attacked by the giant mantis midflight, killing both pilots and a crewman aboard. 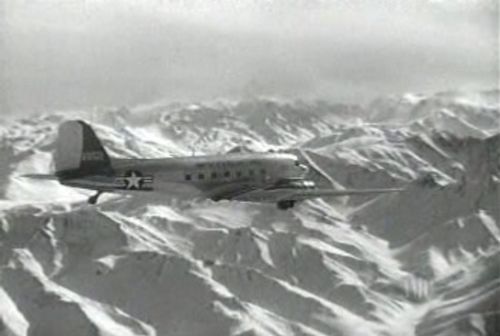 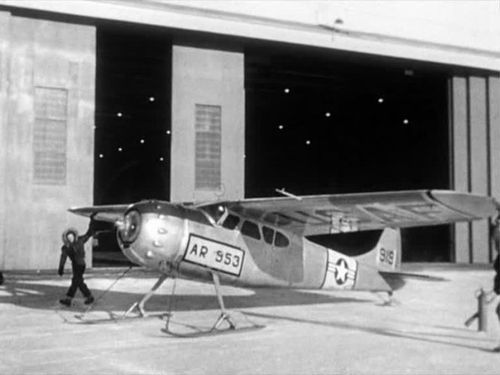 These jets are scrambled when the arctic base picks up a UFO on their radar (the giant mantis in flight). Later, some, including one flown by Parkman, engage the mantis directly over Washington, D.C. 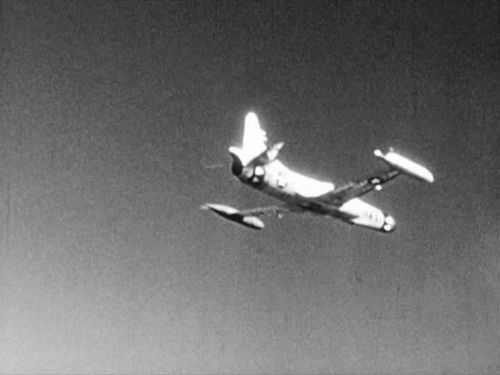 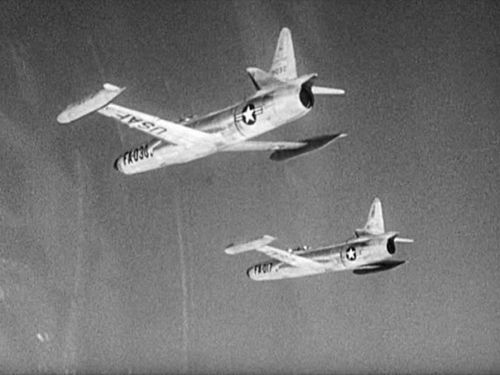 These jets are also sent from the arctic base to search for the mantis. 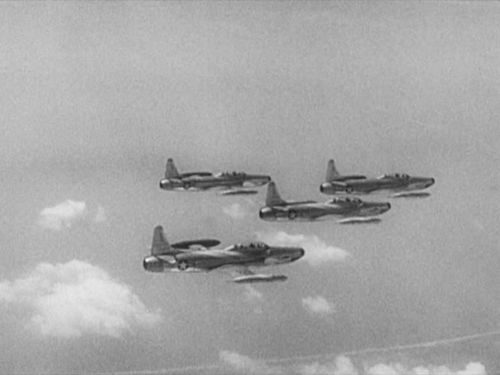 These US Navy jets are dispatched from an aircraft carrier to pursue the mantis after its attack on the arctic base, but they lose it in a low fog bank. 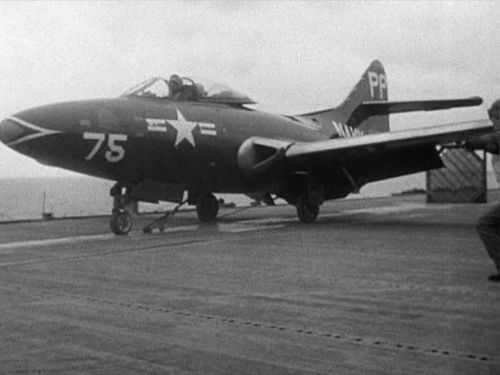 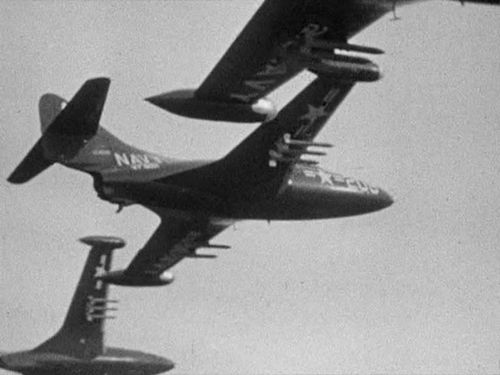