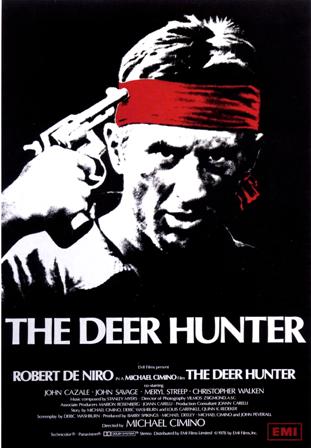 Few friends lead an ordinary and rather carefree lifestyle in a small, industrial town of USA. Their time is filled by work, fun and occasional deer huntings in the nearby mountains. Soon the three of them are called in the army to fight in Vietnam. When set off to war they don't even suspect, that this experience will completely change their lives - forever.

The image is fuzzy but the registration seems to be N1306X. If it's right, the same helicopter is seen in Saison 2, episode 10 of the Mystères d'archives (TV Series). But at the same time, others Bell 204 registered from N1303X to N1307X were used in the same role.