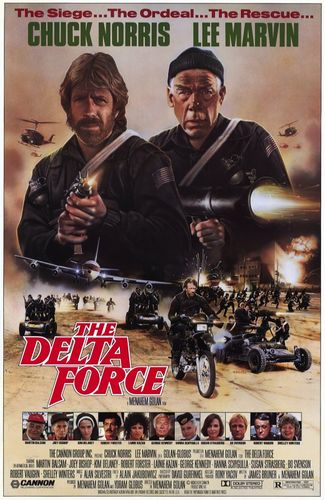 America's elite military unit, the Delta Force, is called in to rescue a group of passengers when an American flight is hijacked by Lebanese terrorists.

These helicopters are used briefly by the Delta Force in the opening sequence in Iran. They are represented by a combination of models a full-size helicopters. 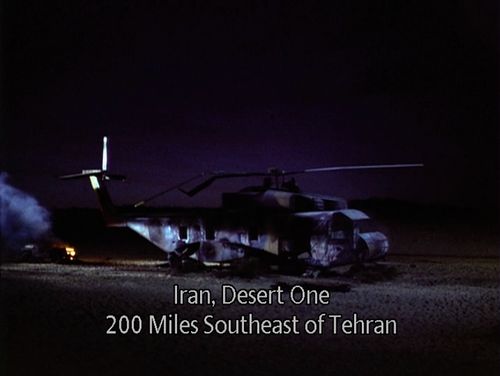 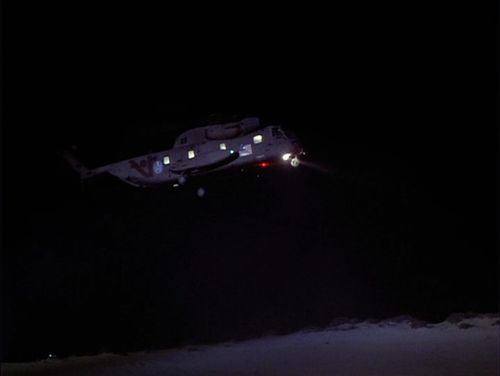 The real McCoy (but not Scott McCoy).

These airplanes are seen briefly in the Iranian sequence at the beginning and one later flies the Delta Force to Israel. False registration 14X-FBB, Serial 106. Actual registration 89-9106. 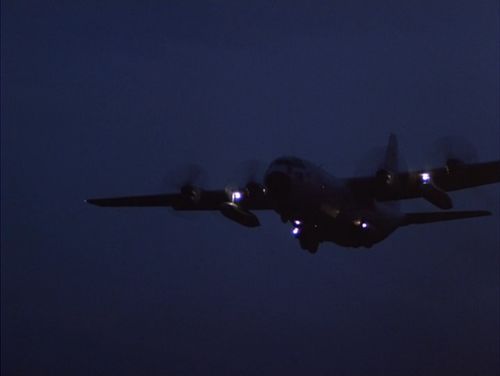 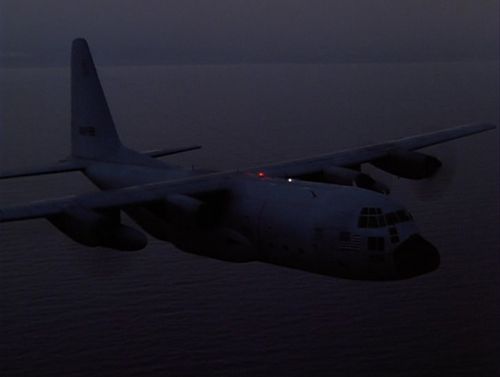 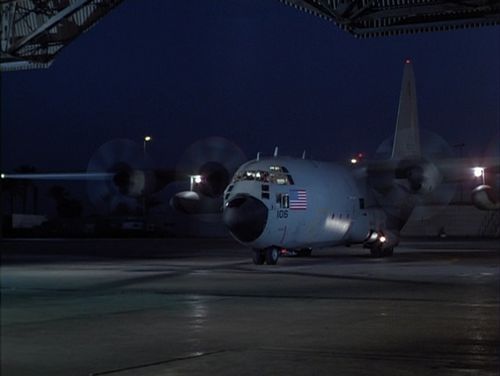 Registration N778PA, c/n 17903/108 built in 1960. Flew for several airlines, including Olympic Airways, Aer Lingus, Saudia, Turkish Airlines, and Pan American World Airways. Last operator was MAOF Airlines, an Israeli charter company, who retired the aircraft in December 1984. For filming, the aircraft retained the MOAF livery but its titles were repainted as the fictional American Travelways Airlines. Same aircraft in other works at IMPDb: Frequently Seen Aircraft.
Boeing 707 out of Greece en route to New York when it is hijacked by terrorists. 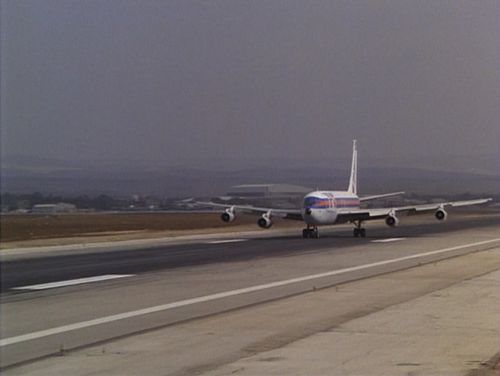 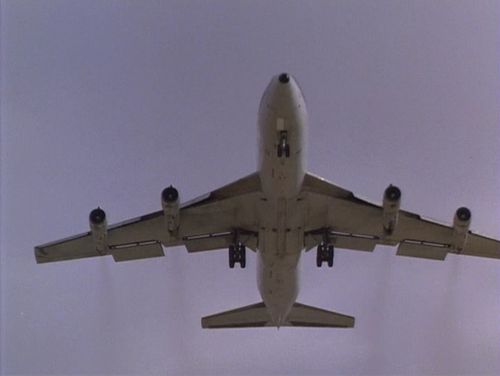 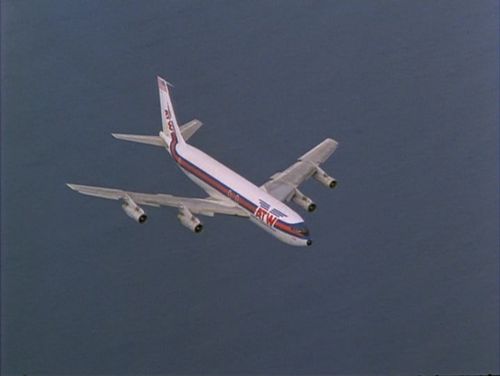 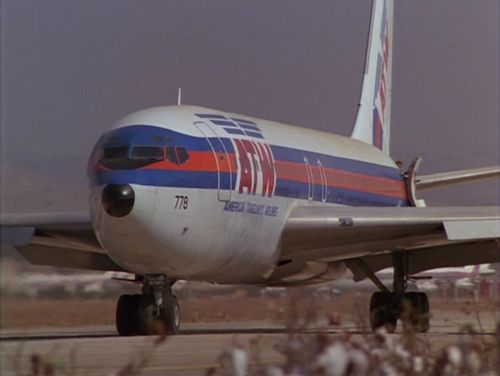 The Delta Force train to storm the Boeing 707 using the junked fuselage of another 707 of the fake company Intercon Air Ireland. 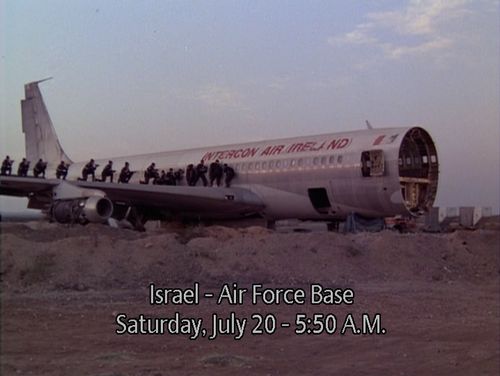 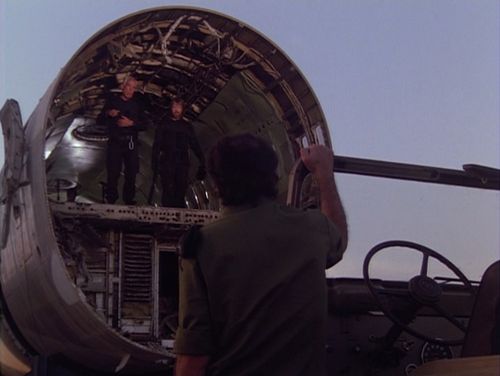 After escaping from Beirut, the Boeing is escorted to Israel by a group of fighter jets. 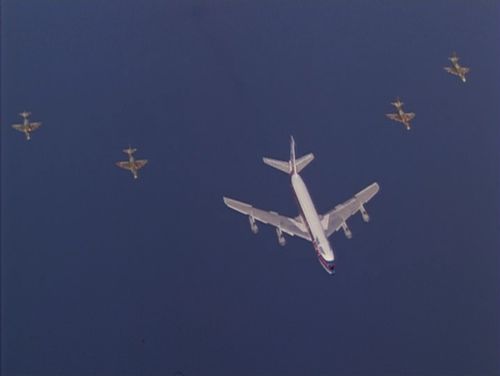 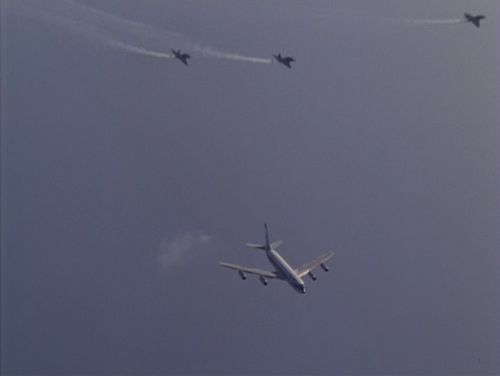