The Dirty Dozen: Next Mission 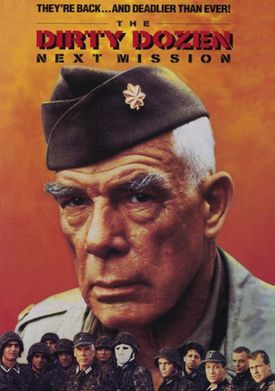 Major Reisman is assigned to recruit another "Dirty Dozen" to assassinate a German general.

Registration G-DAKS, c/n 19347 built in 1943. Belonged to Aces High Ltd at the time. Same aircraft in other works at IMPDb: Frequently Seen Aircraft (Military Fixed-Wing).
The Dozen fly into occupied France aboard this plane which is intended to be a captured German aircraft, but is in fact a C-47 mocked up with German army insignia. The code NA+LB does correspond to a real DC-3-194E, c/n 2036 that was captured from KLM by Germany in 1940. 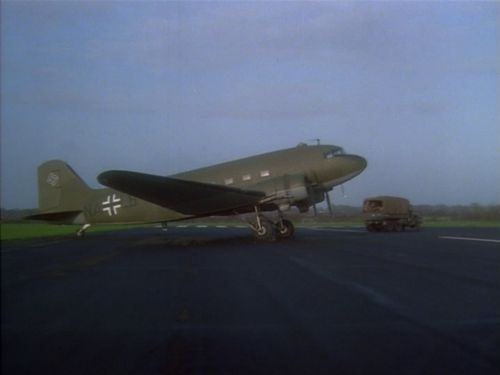 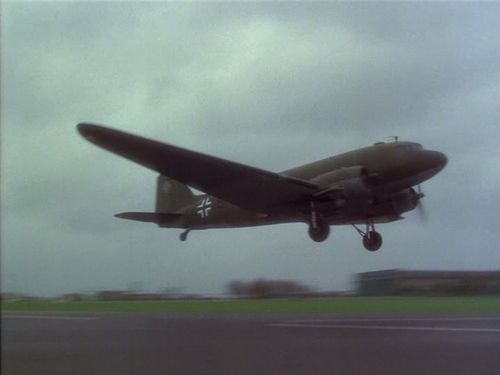 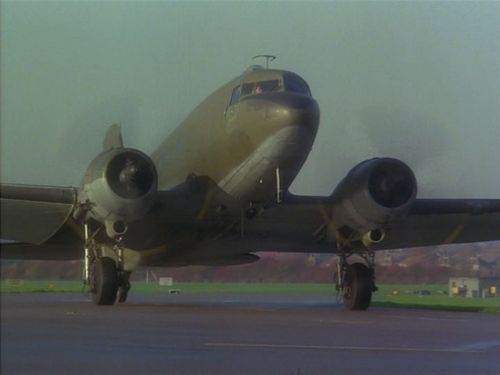 When going to kill General Dietrich at the train station, the Dozen parachute from an actual Allied C-47 in what appears to be stock footage. 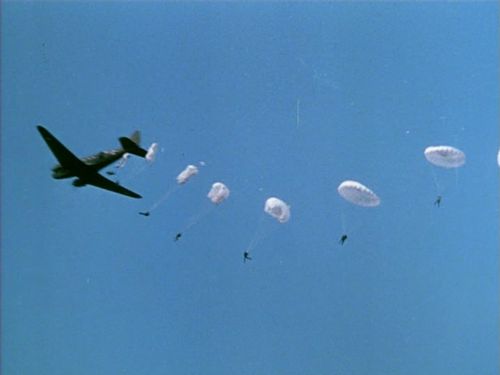 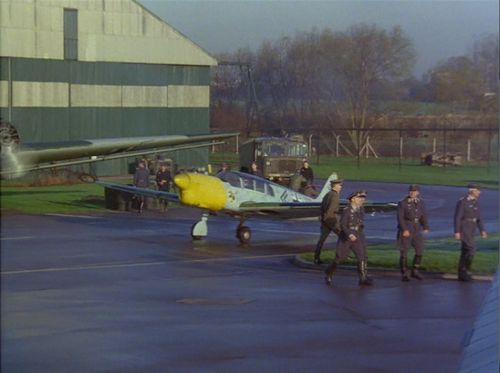 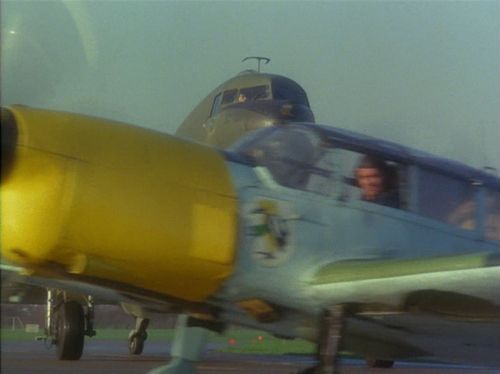 Seen at the airfield. Registration G-BFHG, c/n 155. Belonged to Aces High Ltd at the time. 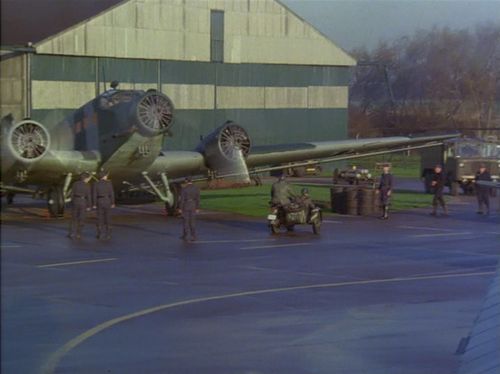 Adolf Hitler arrives at the train depot aboard an identical Junkers. Following the killing of General Dietrich, the surviving Dozen steal Hitler's plane and escape to England in it. 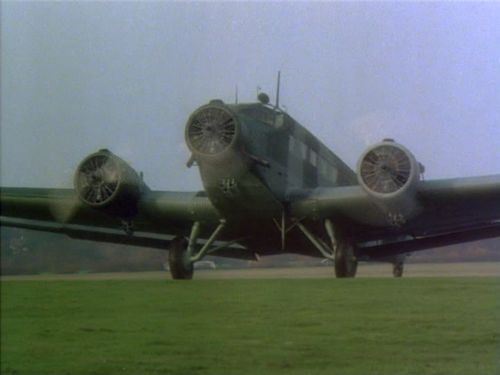 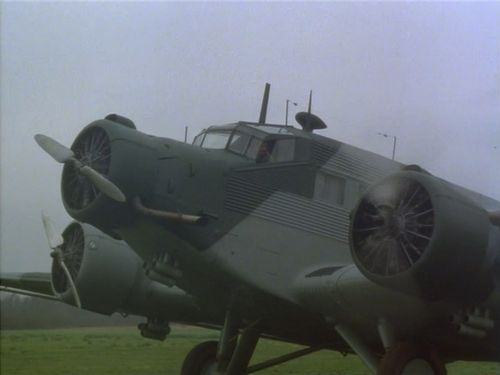 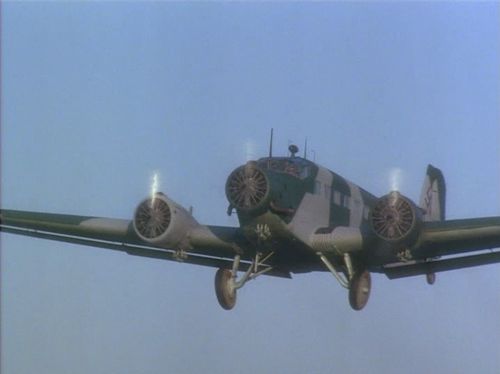