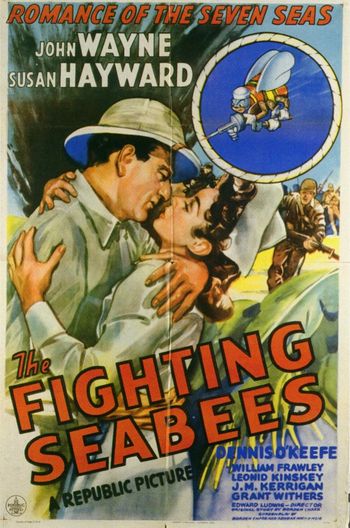 Construction workers in World War II in the Pacific are needed to build military sites, but the work is dangerous and they doubt the ability of the Navy to protect them... 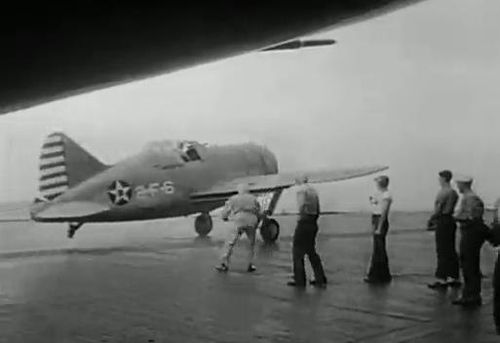 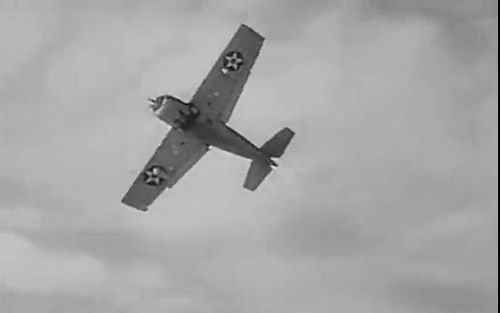 With the roundel of the very first weeks of the Pacific war. 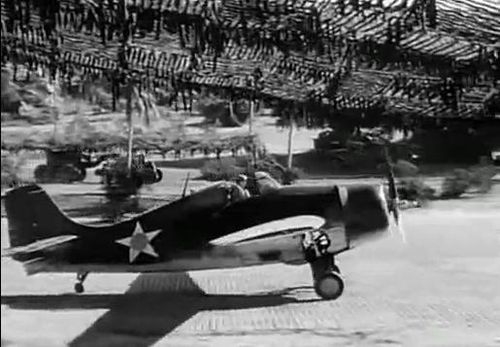 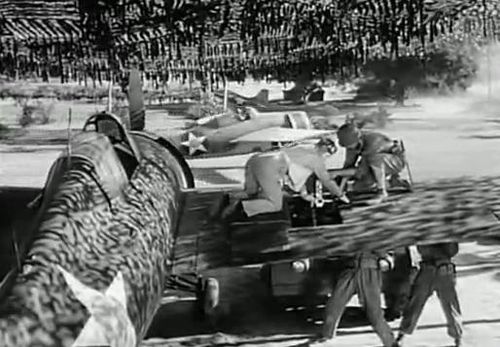 Between two bombing by the japanese, a patrol of Wildcats land and is quickly reconditionned. 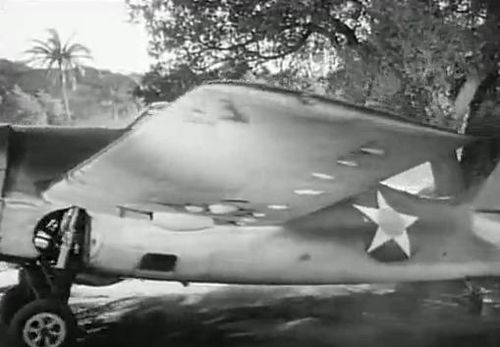 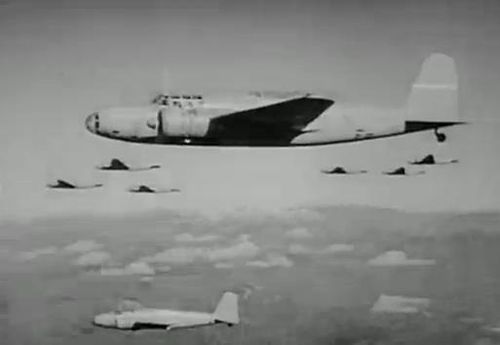 This screenshot could be find again in The War. 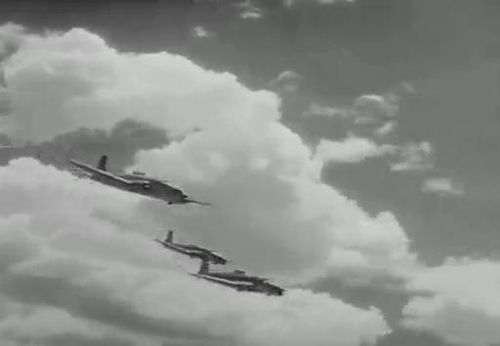 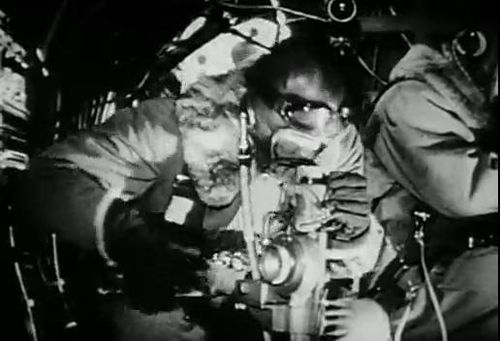 Crew seconds before the bombing. 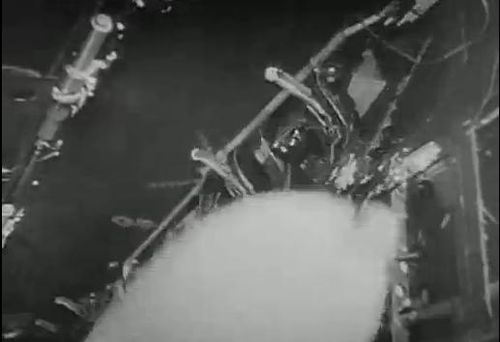 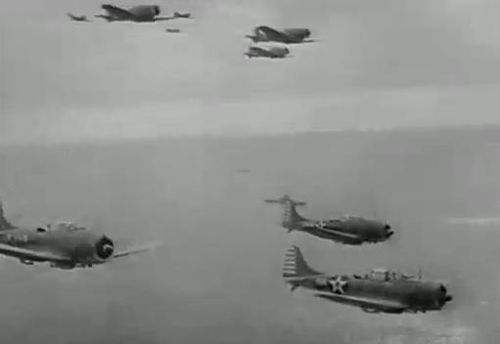 The first attack by the Japanese is made by a single aircraft. 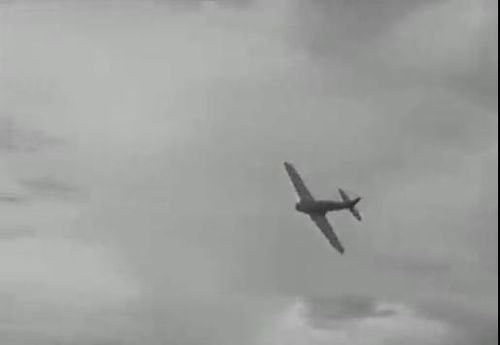 Seems to be a plane with a water cooling engine when Japanese were flying air cooling ones. 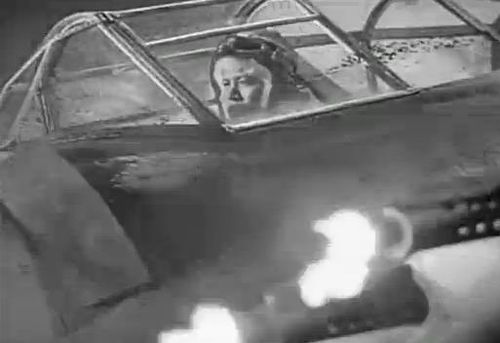 Probably a studio mock-up to simulate a A6M but several details are wrong (green house for example).