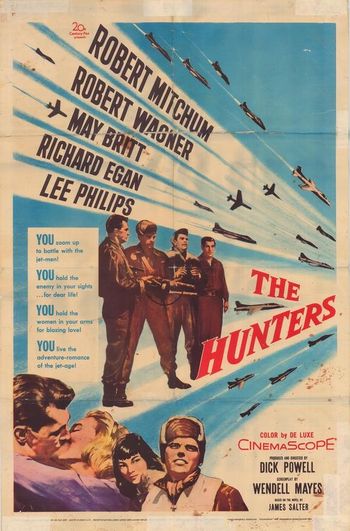 The orange helicopter between the heads of R. Mitchum and R. Wagner.
Such full orange paint scheme was applied on some HO4S of the US NAVY as like as some HRS of the Marines. Already seen above in the background of the C-54.