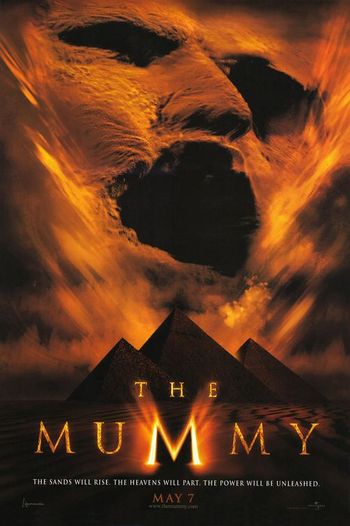 At an archaeological dig in the ancient city of Hamunaptra, an American serving in the French Foreign Legion accidentally awakens a mummy who begins to wreak havoc as he searches for the reincarnation of his long-lost love.

Registration G-AWXZ, c/n 360 built in 1949. Marked as B5539.
Same aircraft in other works at IMPDb: Frequently Seen Aircraft (Civil Fixed-Wing).