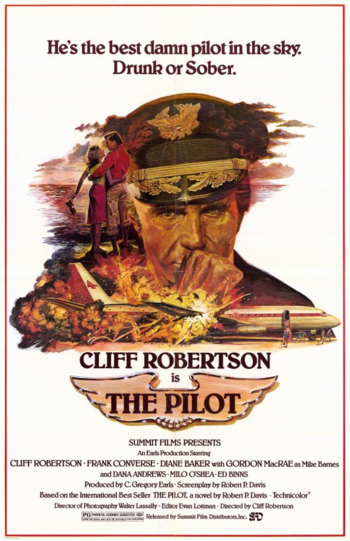 Mike Hagan is a damned good pilot. Once in its private Pitts Special then as captain aboard the airliner. Despite a pleasant wife and a lovely daughter, he can't stay away a bottle. When occurred an incident during take-off, he saved the plane and all passengers but can't hide more longer his alcoholism.

First and last picture of the movie. Not sure it's the same aircraft.
Perhaps a Grumman G-164A Ag Cat? 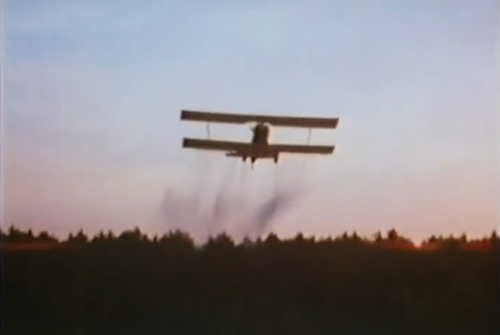 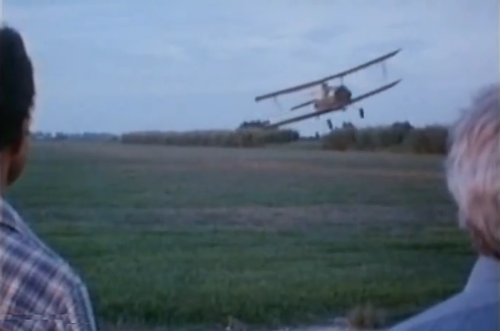 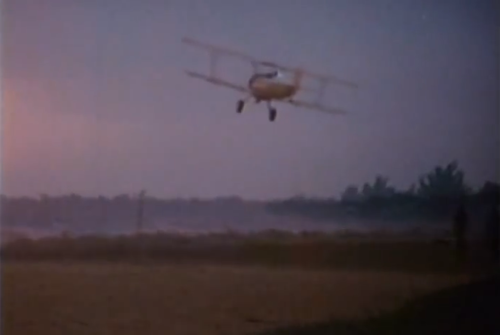 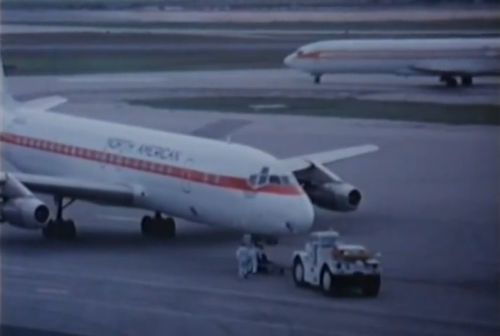 Fictitious airline North American. Registration unreadable on this poor issue; who can find a better one? 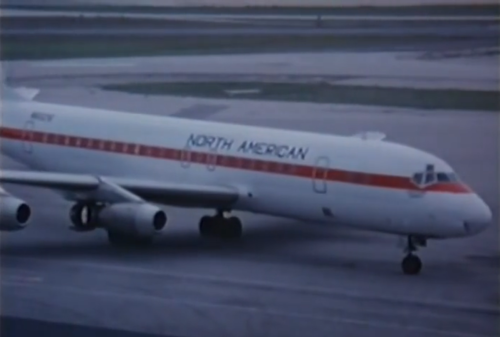 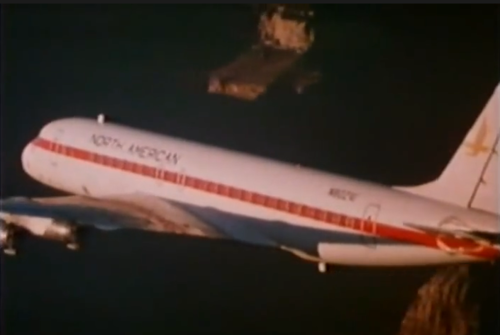 Probably the same aircraft with different names to ease the switch between crews of the same company. 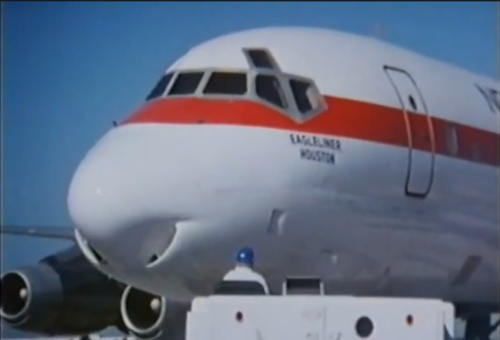 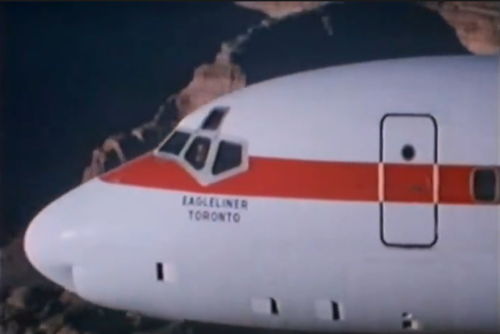 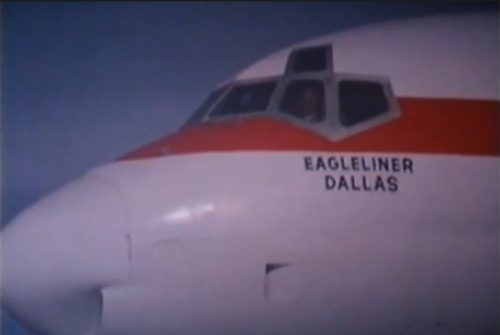 Registration N9CC adorn with the name of Mike Hagan. This aircraft flies now under registration N511P. 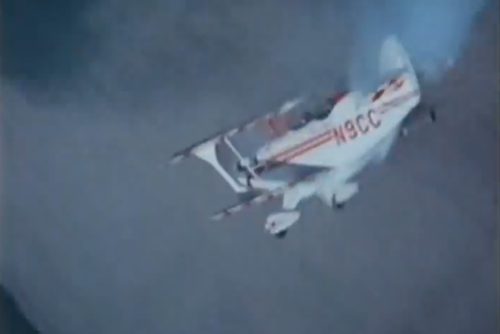 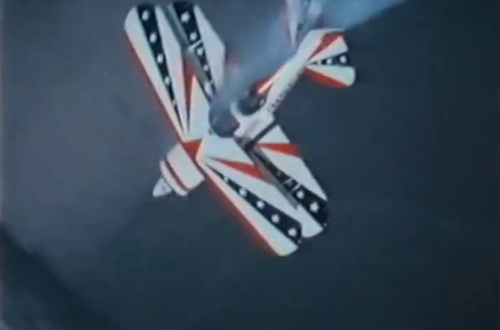 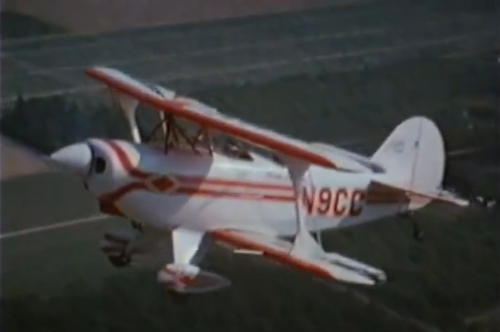 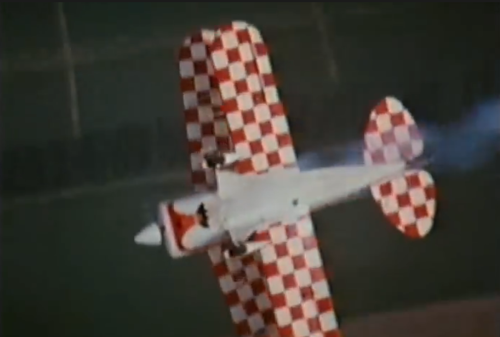 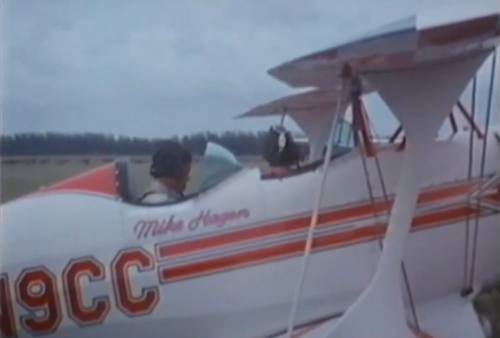 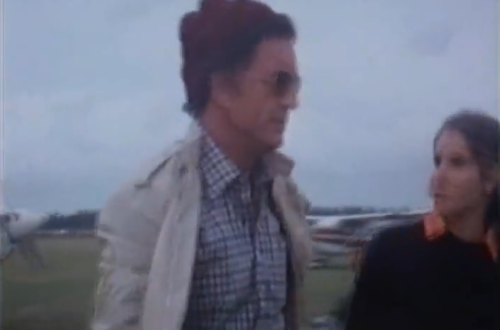 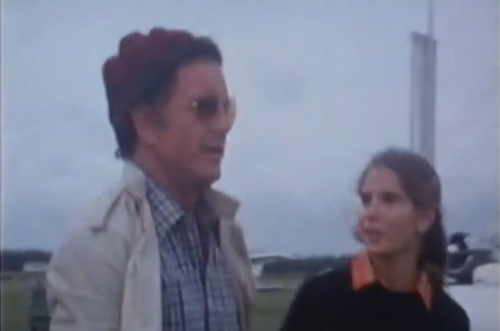 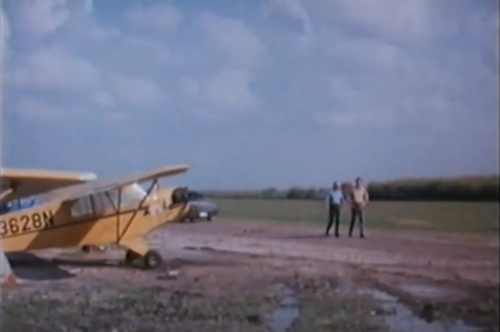 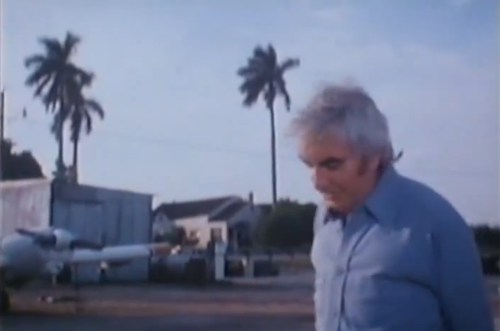 Two desk models: at left, a Douglas DC-8 with a Supermarine Spitfire in the bottom right corner. 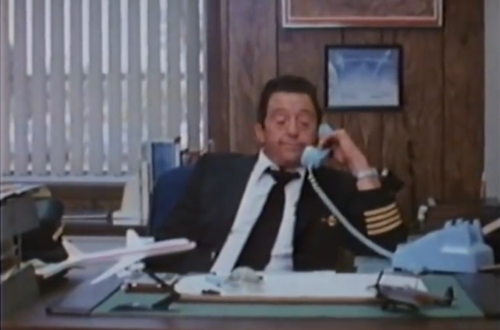