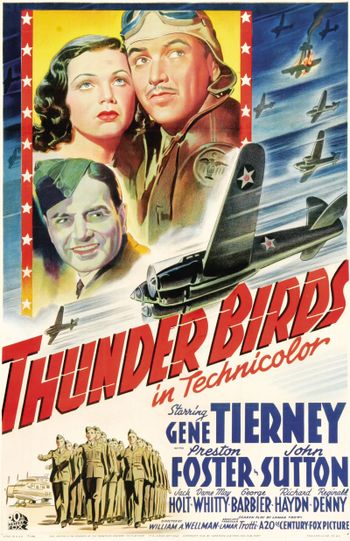 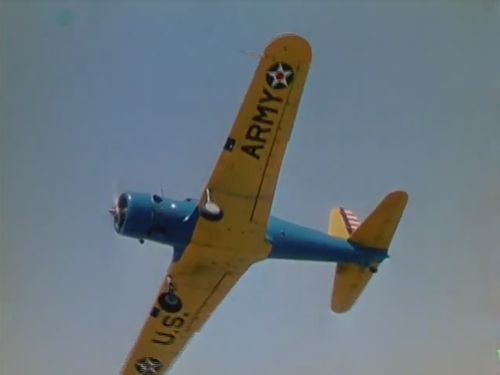 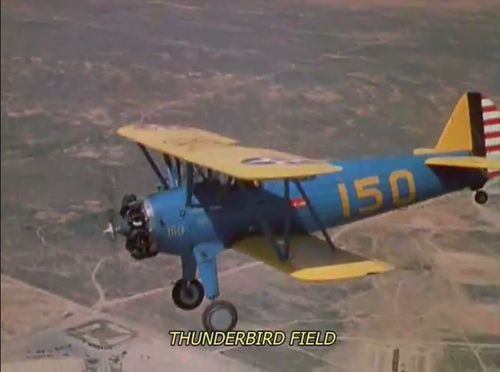 Appron at Thunderbird field with Boeing-Stearman PT-17s with North American AT-6 Texan overflying some Vultee BT-13 Valiant taxiing in the background. 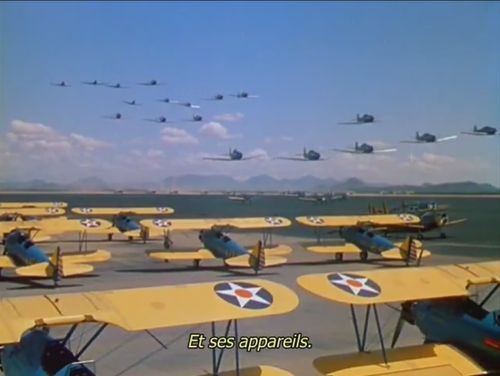 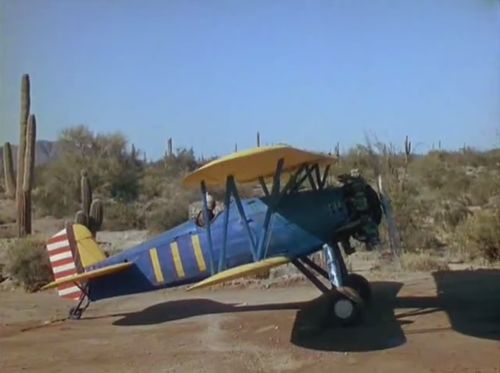 Continuity error : when RAF cadet Stackhouse is taking off with flight instructor Steve Britt, they handle a Boeing-Stearman PT-17 serialed 141. But once in the skies, the Boeing-Stearman became an older and rarest Stearman Cloudboy before landing the PT-17 ! 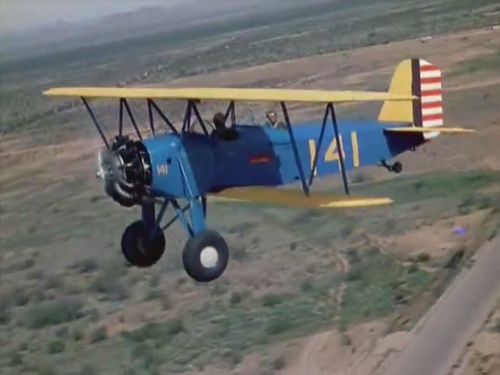 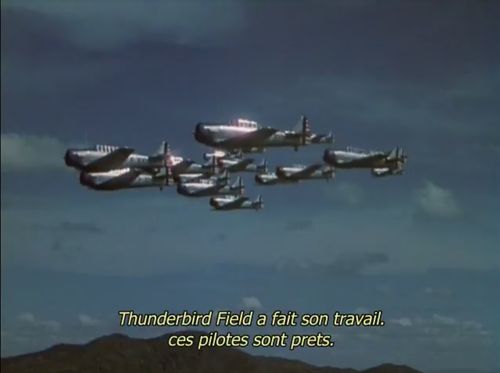