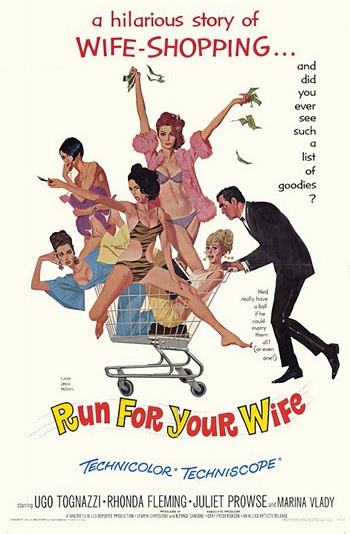 Riccardo, an unhappily married middle aged Italian working for a shoe factory, goes to America on a four day business trip. In NYC he meets his old friend Carlo. Carlo has a big American car and a big house. "How can you afford all this? In Italy you made less money than I did." "Easy", says Carlo. "I married a rich American woman. You should do the same." Ricardo agrees and sets off across America to find a rich American woman to marry in a hurry. He only has four days.