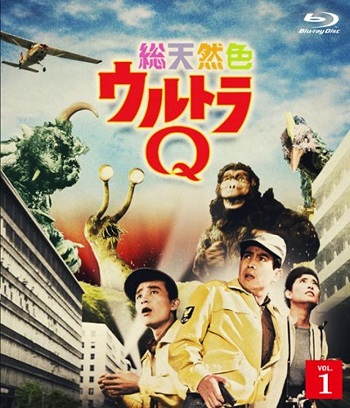 The kanji on the sides of these helicopters reads as 星川航空, which translates to Hoshikawa Airlines and seems to be made up for the show. In reality, they belonged to Mitsuya Air Service (their English name seen on the nose of JA9003 and their three-pointed logo seen on both airframes), the precursor to Toho Air Service.
Registration JA9012, c/n 1837. Same aircraft in other works at IMPDb: Frequently Seen Aircraft (Rotary-Wing).
Ep. 1 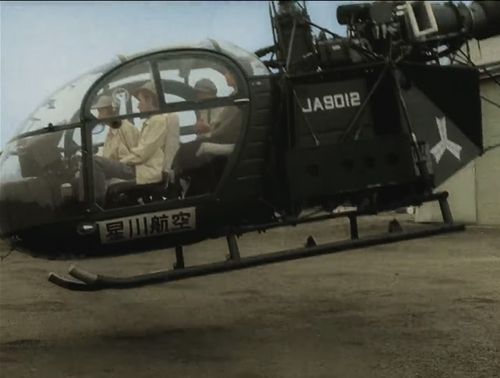 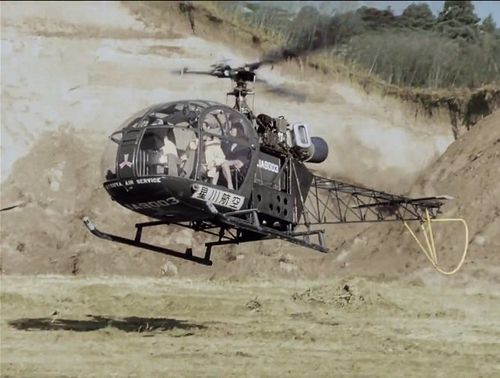 An early fastback model. Registration JA3137 seems to be real but haven't been able to find a construction number for it. Kanji for Hoshikawa Airlines (fictional) on the engine cowling, Mitsuya Air Service logo on the tail.
Ep. 3 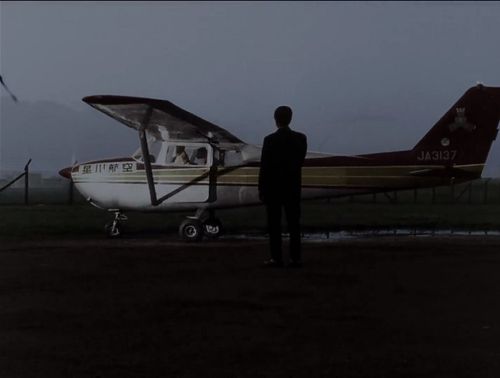 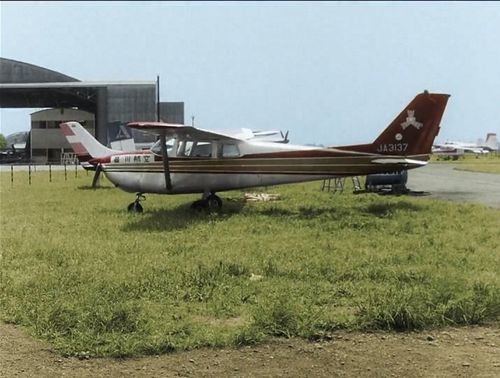 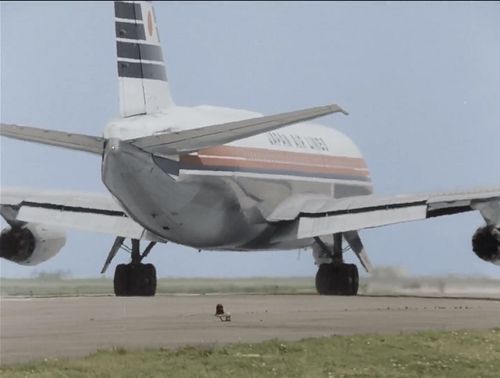 At Tokyo Haneda International Airport. Wing of Boeing 720-030B D-ABOM (listed below) seen at left.
Ep. 14 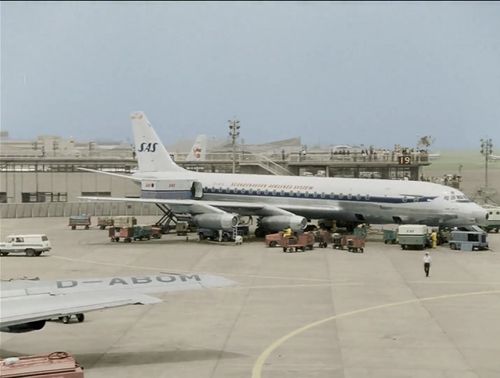 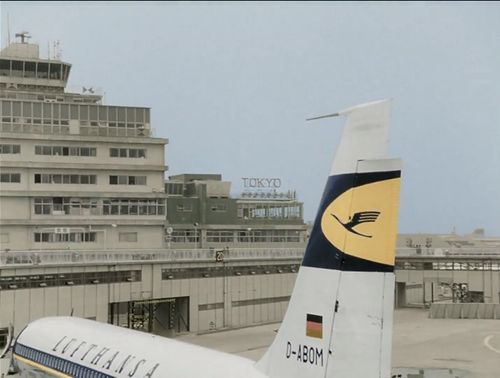 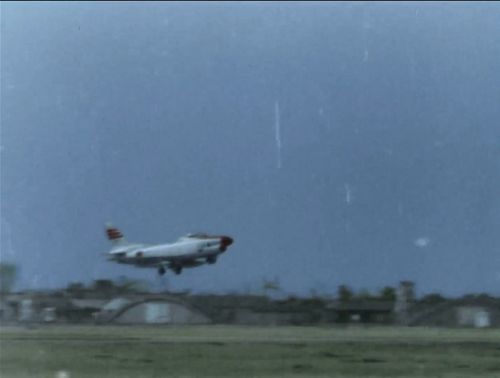 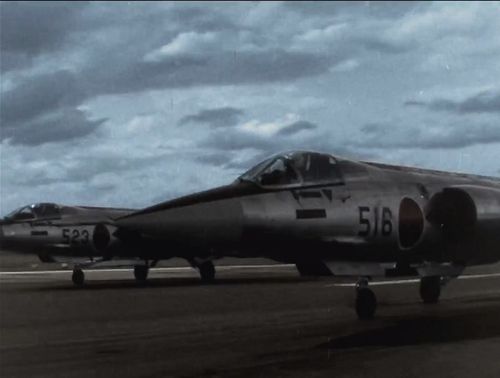 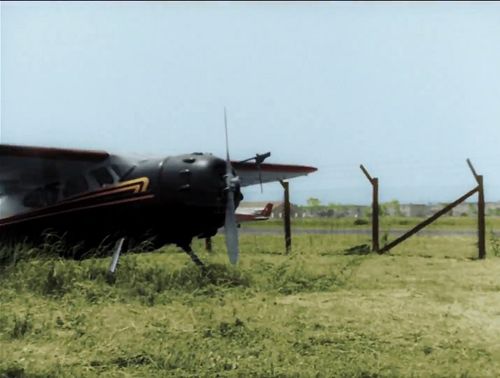