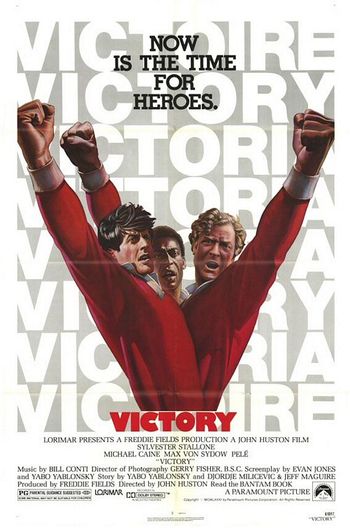 As allied POWs prepare for a soccer game against the German National Team to be played in Nazi-occupied Paris, the French Resistance and British officers are making plans for the team's escape.

Stock footage from Battle of Britain.