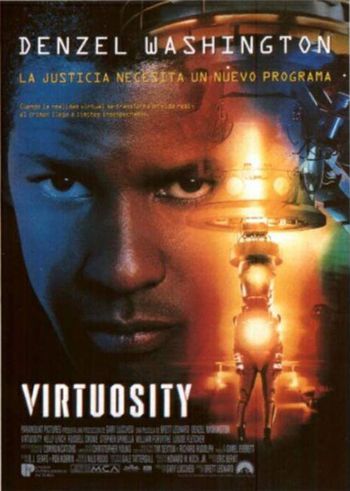 A virtual-reality serial killer, Side 6.7, who has been programmed with the personalities of different past murderers, escapes from the computer world and into the real world and begins wreaking havoc. Former detective in prison for manslaughter Parker Barnes is released to catch him, unaware that one of the minds used to program Sid was Matthew Grimes - the man who killed Barnes' wife and daughter.

Police helicopter. Used in an attempt to snipe Barnes after Sid frames him for the murder of two prison transport guards. Later used to fly Barnes and Dr. Carter to disarm the bomb.
Reg. N911WC MDD Helicopter MD-520N NOTAR built in 1992 (c/n LN021). Former registrations were N5200U then N520L, VR-CIL and N520ED. From 1996, registered as RP-C3188.