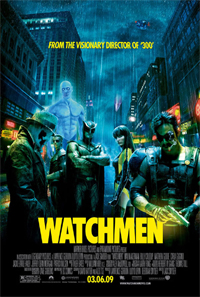 
On the brink of World War III, the United States is relying on Superhero, Doctor Manhattan, as a nuclear deterrent and defense. Elsewhere someone is targeting fromer masked vigilantes from the group known as Watchmen, forcing old friends to reunite and eventually fight back against a mastermind who's planned the outcome of World War III from the beginning.

This B-29 has the same registration as that of 'Enola Gay', the aircraft that dropped the bomb on Hiroshima. It is seen here with markings affiliated to the Watchmen.
Same aircraft in other movies at IMPDb: Frequently Seen Aircraft.

Hiroshima explosion in the background. 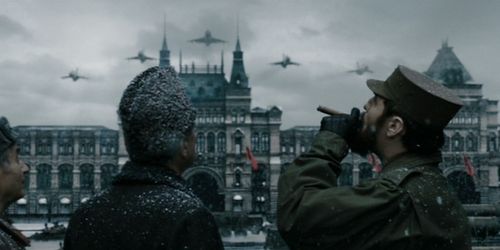 An alternative version of 'Ride of the Valkyries'.