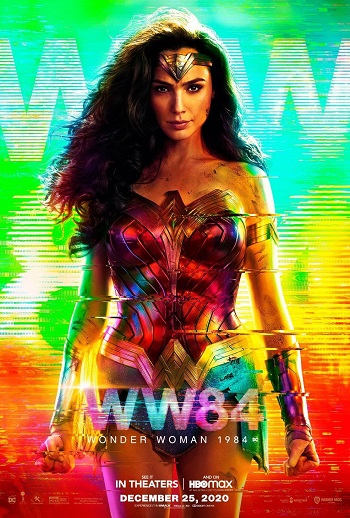 Diana must contend with a work colleague and businessman, whose desire for extreme wealth sends the world down a path of destruction, after an ancient artifact that grants wishes goes missing.

Registration 61-7962, c/n 2013. On display in the American Air Museum at Imperial War Museum Duxford, United Kingdom.
The cockpit section to the right of the door is from a Boeing B-17 Flying Fortress.

On the tarmac, P-47D registration G-THUN, c/n 399-55731 built in 1945. Carried serial 45-49192 during military service. Airworthy and maintained by The Fighter Collection at Duxford Aerodrome (---/EGSU).
Norman Foster and Chris Wise-designed American Air Museum building seen on the right. Identifiable here are the Boeing B-17G Flying Fortress F-BDRS Mary Alice towards the left and facing the glass; The tall tail with the yellow stripe is Boeing B-29A Superfortress 44-61748 It's Hawg Wild.