W. Średniawa – party organization secretary, doesn’t trust the new chief of the big state company, where he works. Workers complain, that the new boss uses his position to make own, private deals. Średniawa is trying to intervenes at the “top", but without any positive results - new director has strong support of the central administration.
At the same time Średniawa's son resign from a job of engineer and decides to built new light aircraft, according to own project and in own flat. When prototype is ready (in this role J-1), he tries to interest with it the state industry, unfortunately he meets there “bureaucratic concrete”, which, despite many positive advantages of the new construction, completely isn’t interested in it. 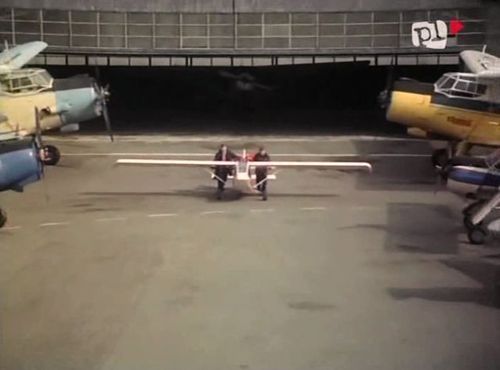