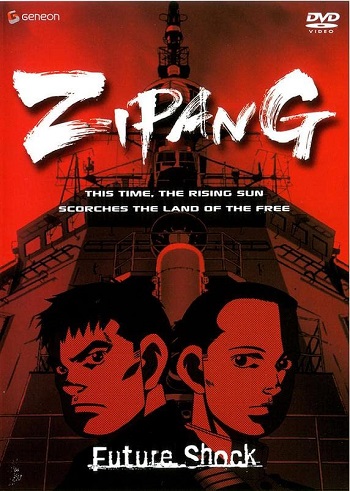 Mirai, an improved Kongou-class Aegis guided missile destroyer, is one of the newest and most advanced ships in the entire Japanese Self Defense Force (SDF). Her crew, also one of the newest, is lead by Capt. Umezu Saburo and Executive Officer Kadomatsu Yosuke. While running scheduled training exercises one day, Mirai encounters a fierce storm that throws their navigation systems into temporary disarray. After a few minutes of recovery, the crew is shocked to discover that they've been transported back in time to June 4, 1942—The Battle of Midway, during World War II. Letting history take its course for this battle, they manage to avoid the conflict firsthand and make a vow to remain anonymous, changing history as little as possible. However, when the crew comes across the dying Lt. Commander Kusaka Takumi, XO. Kadomatsu's instincts to save lives takes over, changing the course of history more than he could've imagined.

One of the two aircrafts carried by the JDS Mirai. 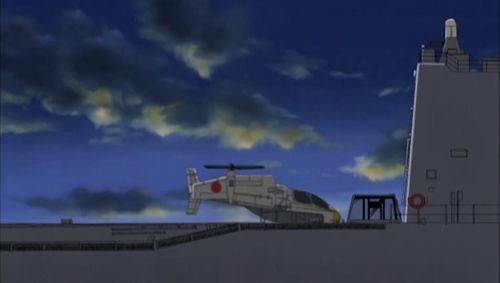 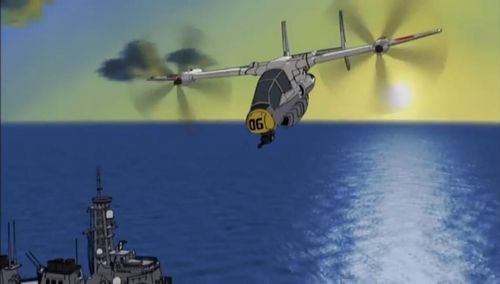 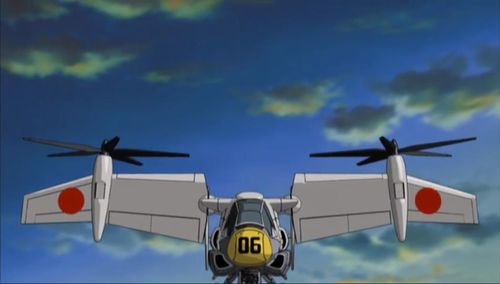 One of the two aircrafts carried by the JDS Mirai. 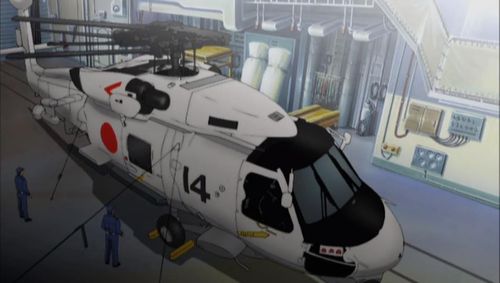 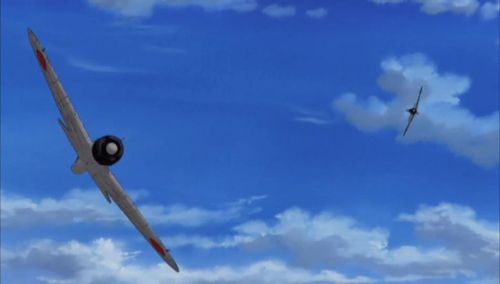 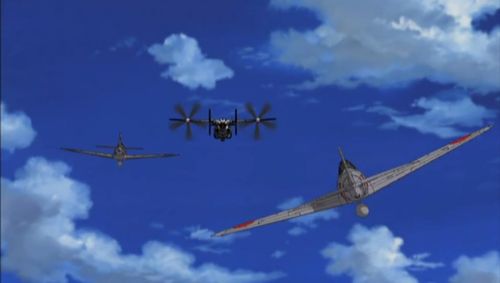 Two of them appears in episodes 5 and 6 to intercept the Umidori as it was attempting to recon the Ogasawara Islands, resulting in a dogfight. 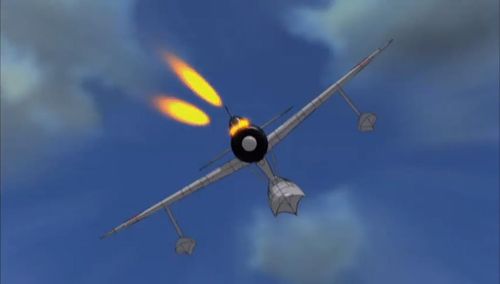 The crew's attempt to steer clear of history is immediately put on hold as an F1M crashes. CDR Kadomatsu, seeing one of the crew (LTC Kusaka) still alive, goes in to the ocean and rescue him, setting off a chain of events that would alter the course of history. 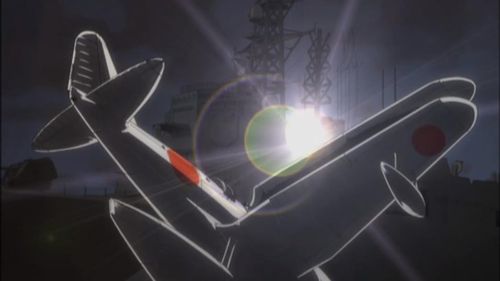 Later in the series we see Kusaka boarding another F1M that has come to pick him up. 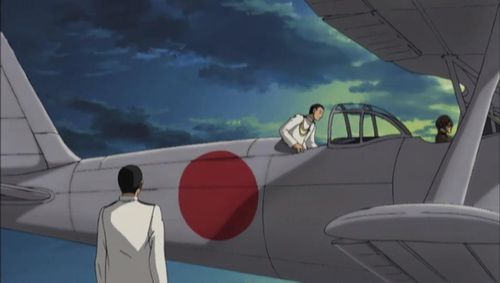 Just as in our timeline, the Akagi meets her fiery demise at Midway, together with Kaga (not seen), Soryu, and Hiryu. 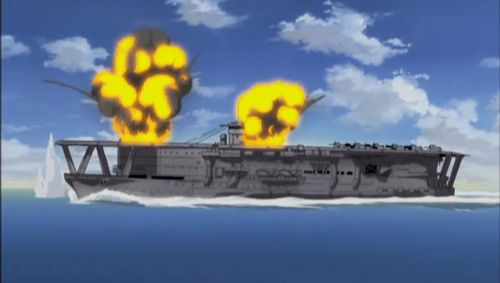 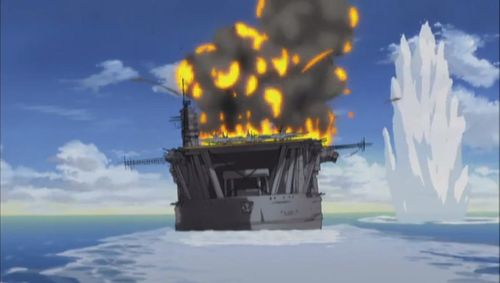 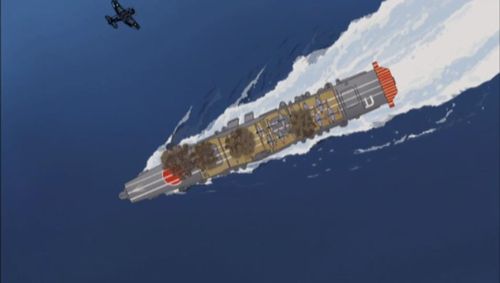 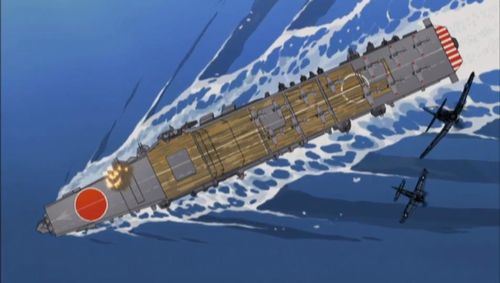 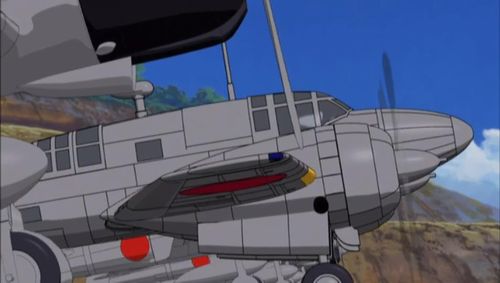 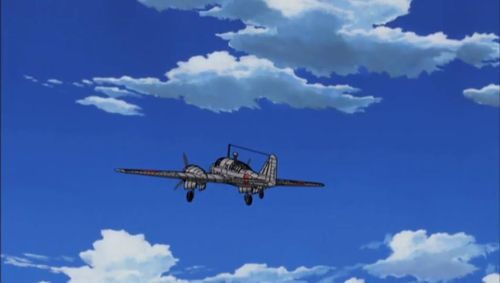 A squadron of them, led by CDR Samuel D. Hutton, launches an attack on the Mirai together with another squadron of Avengers, blissfully unaware of the anti-air capabilities of a destroyer from 60 in to the future. 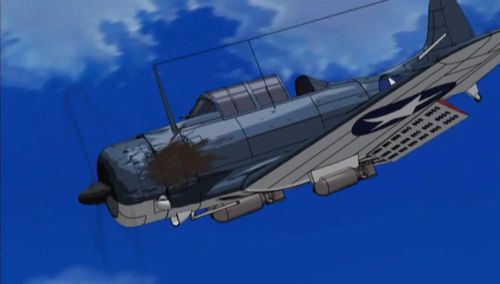 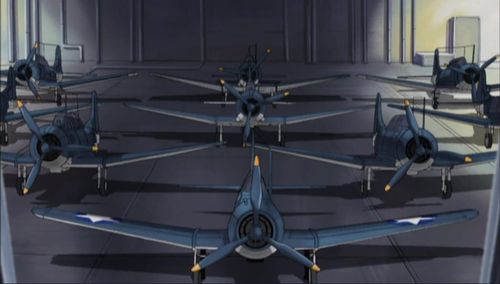 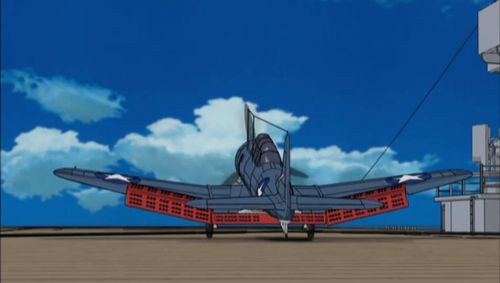 Earlier in the story, we also see them in action at Midway. 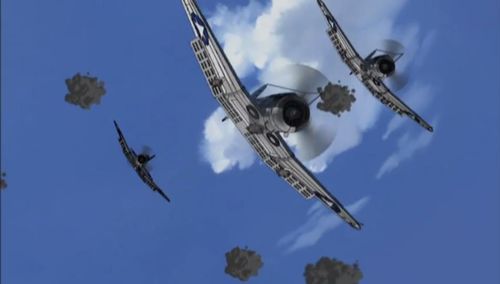 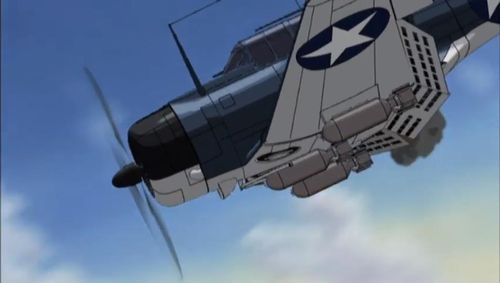 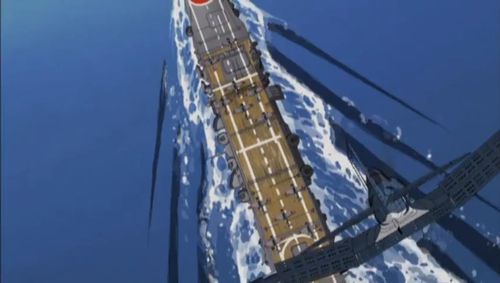 A squadron of them launches an attack against the Mirai, with disastrous results. 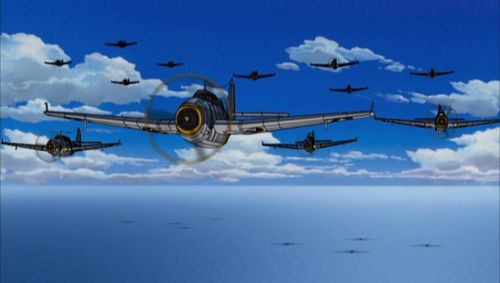 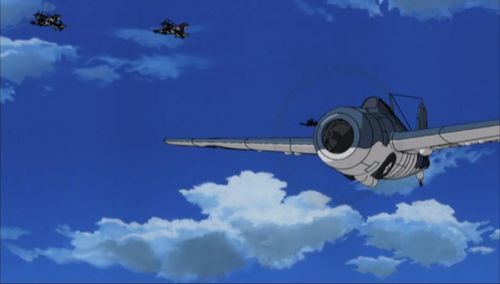 The aforementioned Dauntless and Avenger squadrons were based off the Wasp. 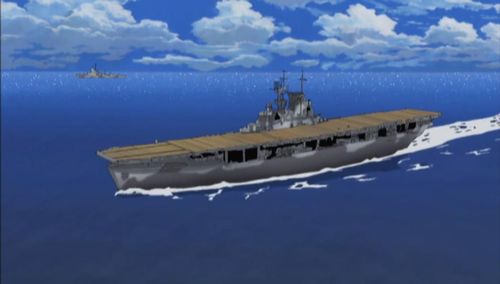