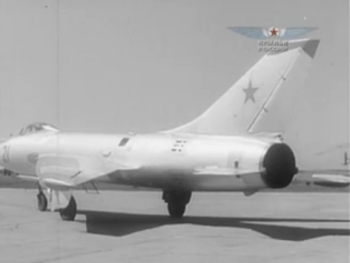 The Sukhoi Su-7 was a swept wing, supersonic fighter aircraft developed by the Soviet Union in 1955. Originally, it was designed as tactical, low-level dogfighter, but was not successful in this role. On the other hand, soon-introduced Su-7B series became the main Soviet fighter-bomber and ground-attack aircraft of the 1960s. The Su-7 was rugged in its simplicity but its shortcomings included short range and low weapon load. It was the workhorse of a dozen of air forces.

This page lists all films that feature a variation of the Sukhoi Su-7.