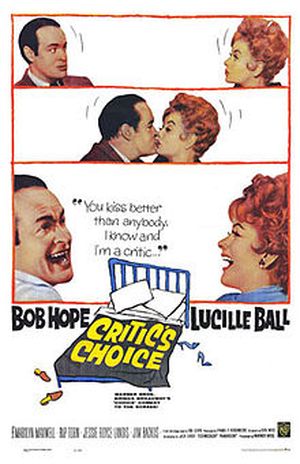 Bob Hope is a New York theater critic and his wife (Lucille Ball in their final motion picture pairing) writes a play that may or may not be very good. Now Hope must either get out of reviewing the play or cause the breakup of his marriage. Based on the Broadway play by Ira Levin.