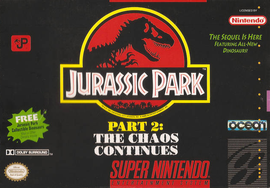 A sequel to the SNES video game adaptation of Jurassic Park (and to a lesser extent the movie itself), Dr. Alan Grant and Sgt. Michael Wolfskin must defend Isla Nublar from the encroachment of InGen's rival genetics corporation, Biosyn.

Seen flying past the Biosyn Corp. headquarters in the opening cutscene. 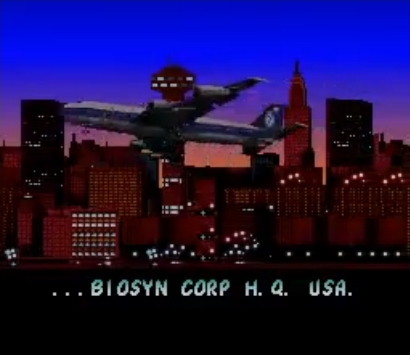 Used to fly the Biosyn troopers to the island in the opening cutscene. Equipped with side-mounted rocket launchers. 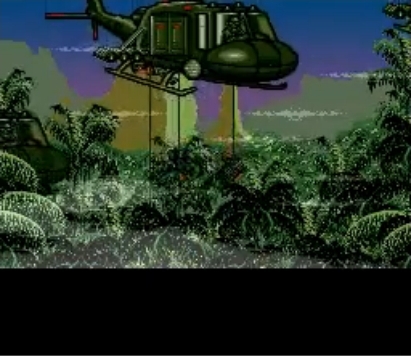 Biosyn gunship that serves as a boss in the Protect the Gallimimus level. First, it strafes the player with bombs midway through the level. It then flies away. Later, it returns at the level's end and attacks by swinging a cage it has dangling from its undercarriage. After this is destroyed, it resumes using bombs until it's destroyed. 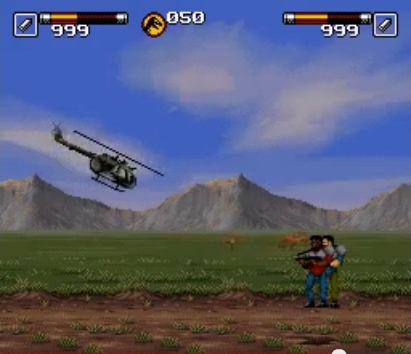 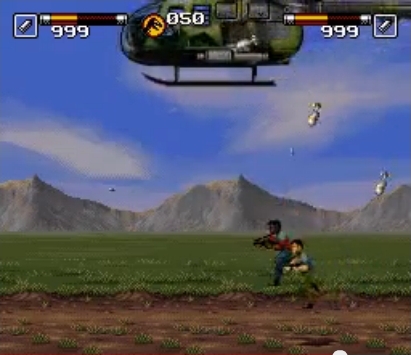 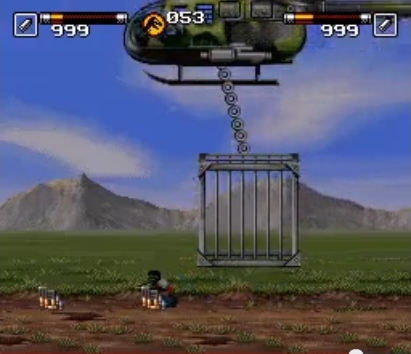 On hard mode, following the successful completion of the final level, T-Rex Scuffle, this InGen helicopter arrives to rescue the player. It is used in the game's bonus final level, Escape, to fight against a Boeing Sea Knight crewed by Biosyn troopers. 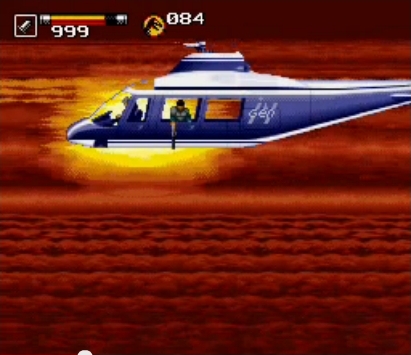 The game's final boss on hard mode in the Escape level. A Biosyn owned helicopter containing two Biosyn troopers and armed with a minigun on the nose which pursues the Agusta A-109A. It engages the other chopper in an aerial battle over the ocean. Destroying it allows the player to win the game's hard mode. 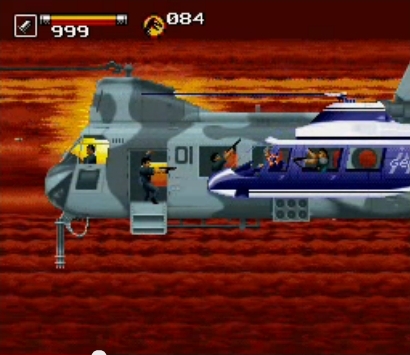 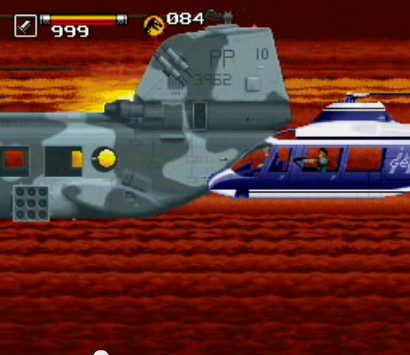