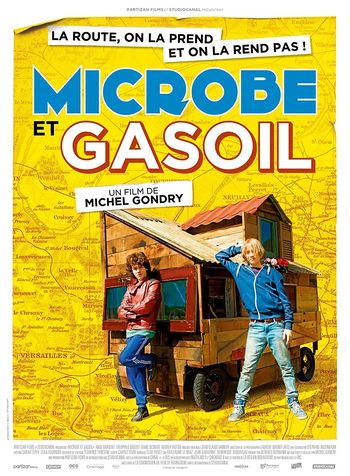 According the speaker, this is a radio command model of the Airbus A310. Probably a commercial advertising desk model reinforced with a stronger landing gear but the flight seems more to be a glide along invisible cables. 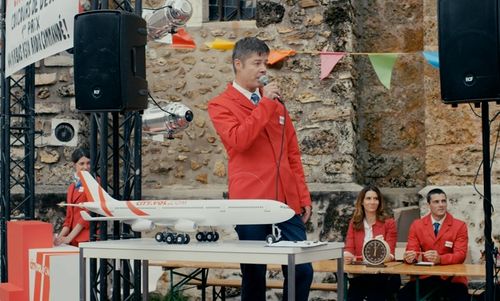 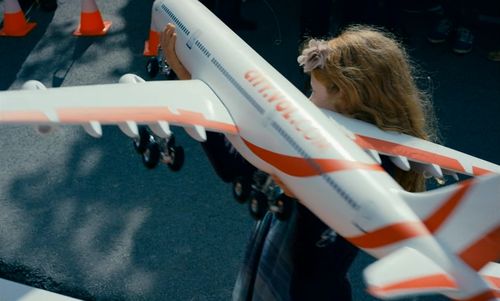 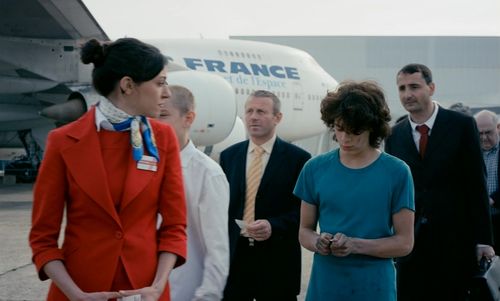 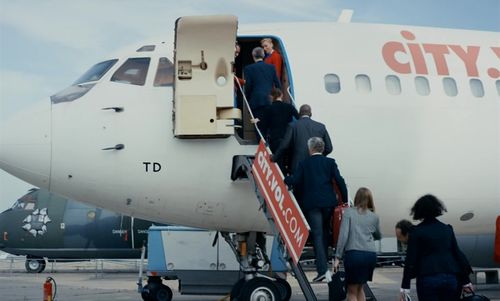 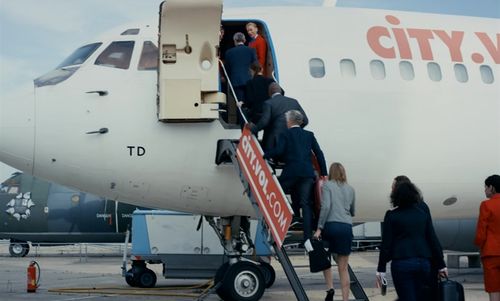 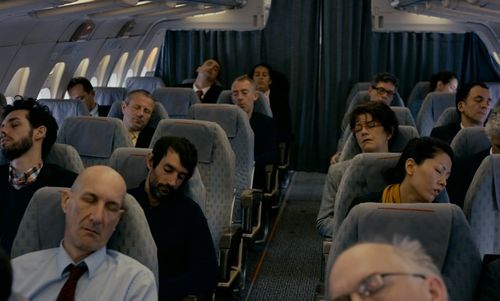 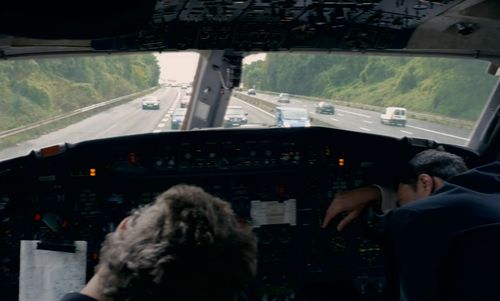 Interesting shot !
Code BR2-I-129, this CASA 2.111D was one of the 32 of the type used for filming Battle of Britain. Owned by the Paris (Le Bourget) Air and Space Museum since 1975, it was exhibited inside Hall 5 (World War Two) until October 2014. In April 2015, sent to be held in storage at Dugny (the other side of Le Bourget runways). So this shot on the apron is probably filmed during the spring of 2015. 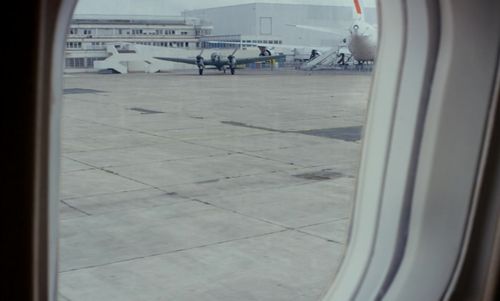 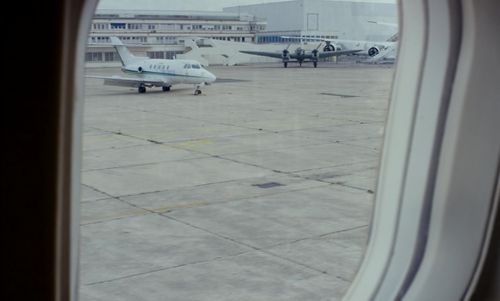 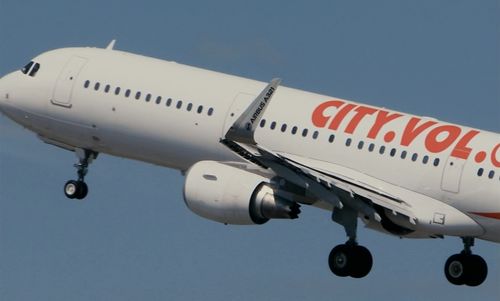 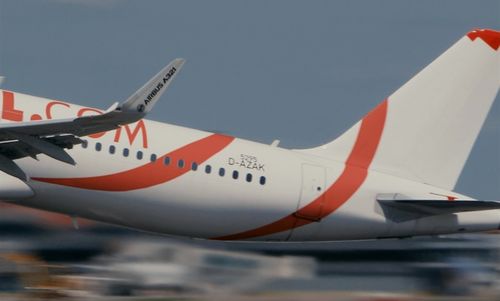