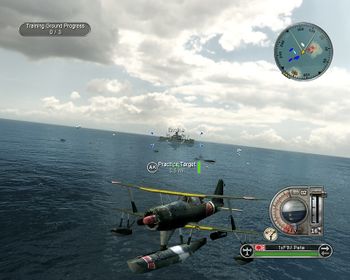 The Mitsubishi F1M was the last biplane of the Imperial Japanese Navy, originally built as a catapult-launched reconnaissance float plane, specializing in gunnery spotting. It was used in several other tasks and from shore bases as the war needed it.

This page lists all films and video games that feature a variation of the Mitsubishi F1M.